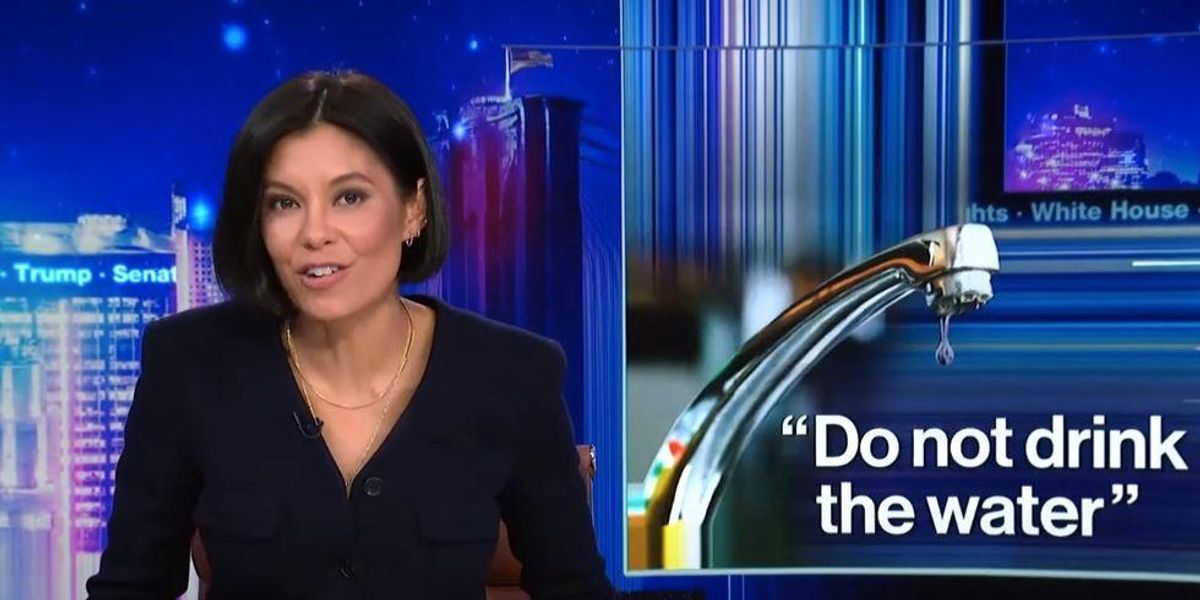 Jackson officials said that flooding had led to thousands of residents losing water pressure partly or completely. Residents have been forced to rely on bottled water for all their water needs, including cooking and flushing their toilets.

On Tuesday, Wagner explained on her show how racist white parents reacted to the landmark Brown v. Board of Education decision that ended segregated schools.

In 1969, the Supreme Court said in another decision that Mississippi would have to immediately desegregate its schools.

“White parents of Jackson were so upset by this ruling and about the potential for their children to attend school with black children that they packed a city auditorium to attend a raucous rally and aired their grievances,” Wagner reported, citing a newspaper article about 1,500 parents.

“It is estimated that in the three years after Jackson schools were integrated, more than 11,000 white students left Jackson’s school district, and with them also went many of the wealthy white taxpayers who moved just outside the city,” she added.

Wagner claimed the lack of tax base led to the water system being neglected for decades and is the cause for the current crisis affecting the 150,000 residents of the city.

“This water crisis = the legacy of racism,” she said in a tweet.

u201cAfter Brown v Board of Ed, White Mississippians left Jackson, rather than have their children attend school w Black children. Black families were left behind & the tax base necessary for infrastructure improvements + repairs was decimated. This water crisis = the legacy of racismu201d

On Monday, Republican Mississippi Gov. Tate Reeves told reporters in an emergency media briefing that water was unsafe to drink or even to use for brushing teeth.

“The city cannot produce enough water to fight fires, to flush toilets, and to meet other critical needs,” Reeves said. “The Mississippi Emergency Management Agency will take the state’s lead on distributing drinking water and non-drinking water to residents of the City of Jackson.”

Jackson Mayor Chokwe Antar Lumumba said that it would take about a billion dollars to fix the neglected water system of the city.

Here’s the segment from Wagner’s show:

[embedded content]
Water Crisis In Jackson, MS Is Decades In The Making

Asked whether Biden should seek reelection, Pelosi declines to answer, says she will not get into the politics of the issue
CONFIRMED: Nord Stream 1 and 2 pipelines SABOTAGED as third world war looms
Illegal Alien Convicted for Deadly 2007 Las Vegas Bombing Escapes Prison
Chinese communist-fueled opioid crisis cost U.S. $1.47 trillion in 2020
Trending Search in Russia: ‘How to Break Your Arm at Home’