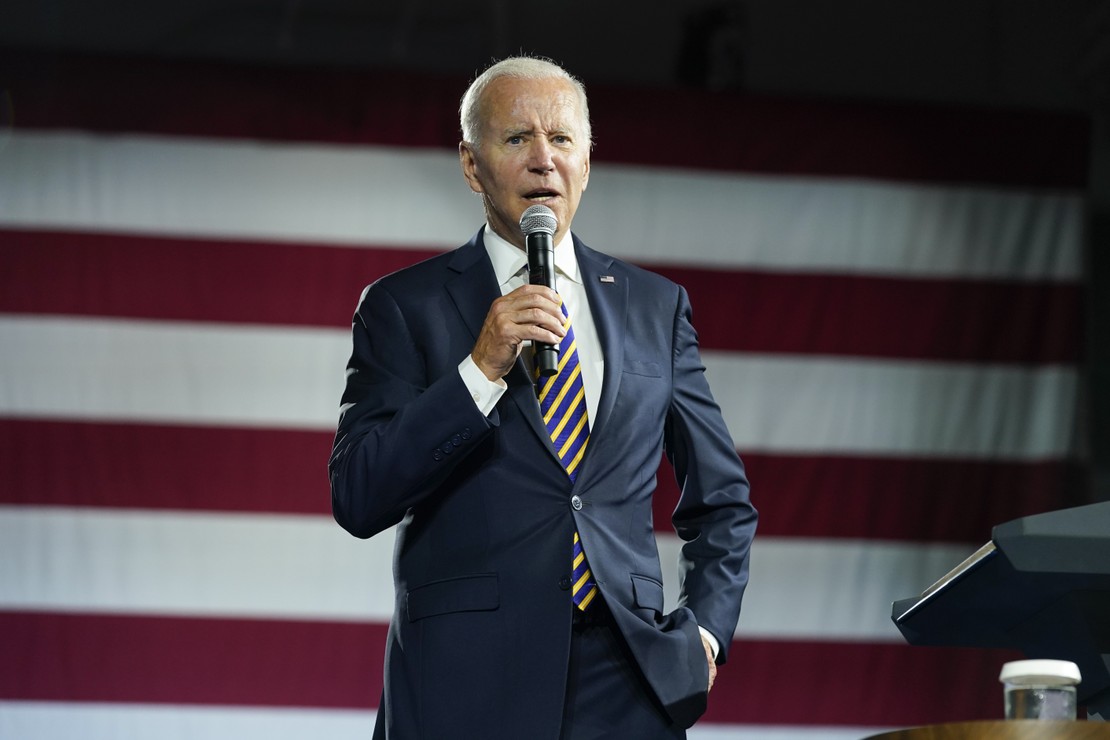 House Republicans are preparing to begin impeachment proceedings against Joe Biden the first day their majority is sworn in. At least eight resolutions to impeach Biden have been offered in Congress already, and the GOP isn’t even in control. Because of that, those resolutions haven’t gone anywhere.

But once Republicans are in the majority, there will be no stopping the deluge. Currently, three resolutions relate to his handling of the illegal alien surge at the border, three target his mismanagement of the U.S. withdrawal from Afghanistan last year, one denounces the eviction moratorium designed to help renters during the pandemic, and there’s another resolution connected to the overseas business dealings of his son, Hunter Biden.

Of all those transgressions, only one rises to the level of a “high crime”: Biden’s illegal eviction moratorium that was not only illegally imposed by the CDC but maintained despite the Supreme Court finding that the president did not have the authority to issue a blanket moratorium on evictions.

And now, you can add to that the illegal forgiveness of student loan debt. In fact, the last three presidents — Obama, Trump, and Biden — have violated their oaths of office at one point or another by riding roughshod over Congress to get what they want. Obama kept insisting that Congress was the only authority that could change immigration law, and then he went ahead and suspended deportations. Trump couldn’t wangle any money for his border wall from Congress, so he made up out of whole cloth a reason to raid the defense budget for $6.5 billion in defiance of Congress.

In our constitutional republic, the president works through Congress to get things done. This is Civics 101. And this constant erosion of congressional prerogatives is destroying constitutional government.

Biden has gone beyond Obama and Trump in thumbing his nose at the Constitution. He and his radical friends don’t see the Constitution as a set of rules to be followed but rather as an impediment to a political agenda that must be overcome.

An unlikely backer of impeachment is Charlie Cook of National Review. He believes the extra-constitutional executive order forgiving student loan debt is Exhibit A:

There is not a single person in America who believes that what President Biden has done is legal — and that includes the people who penned the contrived legal justifications for him. His order is a ruse, a scheme, a hijacking — the product not of genuine ambiguity in the law, but of a preference for brute force. I know it. You know it. We all know it. President Biden knows it. This is why, in almost taunting tones, the president’s apologists have begun to remind the dissenters that, under the current standing rules, there may be no person in America who can sue. “Well,” they ask, gleefully, “Whatjagonnadoaboutit?”

Remember the eviction moratorium? The Supreme Court said that the CDC never had the authority to impose it in the first place. But Biden went ahead and kept extending it anyway.

Biden even admitted that the extension of the eviction moratorium was illegal last summer. Following the Supreme Court decision last August that declared the eviction moratorium illegal, Biden went ahead and continued it anyway.  “The bulk of the constitutional scholars say it’s not likely to pass constitutional muster,” Biden said of the new moratorium when he reimposed the ban on August 3. But he went ahead anyway and willingly defied the law to do so.

The solution is right in front of us.

Biden should be impeached: legally, constitutionally, and without delay. Not for anything, he’s done to Trump, but for how he has mangled the Constitution — and damaged the presidency — in his pursuit of the goal of “transforming America.”

If America is going to be “transformed,” it will be through the will of Congress, not an “American Caesar” who arrogantly rules by executive decree rather than the will of the people.

Michigan College Considers Cancelling Republican Contractors, So State Republicans Give Them $750 million
VACCINE HOLOCAUST: Hundreds of thousands of “fully vaccinated” people are dying WEEKLY, official government reports indicate
Excess deaths among children in Europe soar following vaccine rollout for younger age groups
Biden personally thanks Coast Guard hurricane hero who will be fired in a matter of days because of president’s vaccine policy
AOC claims that ‘Abortion rights are a class struggle too’