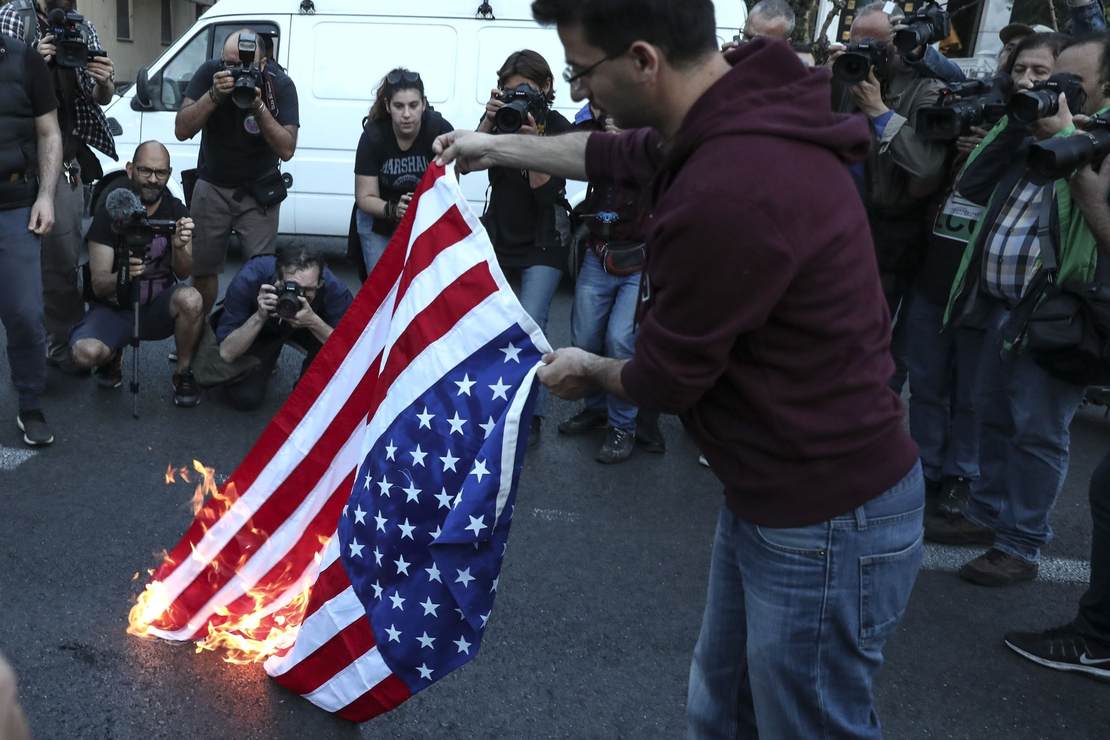 Does anyone remember Gina Carano? If you visit the Daily Wire website, you will quickly get your full, recommended daily dose of Carano, either in the articles, or the ads for Terror on the Prairie.

All kidding aside, Shapiro and Co. picked up Carano after Disney showed her the door for a series of “unacceptable” social media posts. The most egregious of them was the following:

Jews were beaten in the streets, not by Nazi soldiers but by their neighbors…even by children.

Because history is edited, most people today don’t realize that to get to the point where Nazi soldiers could easily round up thousands of Jews, the government first made their own neighbors hate them simply for being Jews. How is that any different from hating someone for their political views?

It’s a good idea to tread lightly when it comes to Holocaust comparisons. And the leftists, who never miss a chance to throw the word “Nazi” around, were quick to jump on it and claim that Carano was comparing Republicans to murdered Jews, triggering Disney to fire her.

While Carano’s post may have been clumsy, it was her attempt at a warning, not a comparison. Of course, the cancel mob conveniently missed the forest for the trees. Often, totalitarian regimes rise by degrees after conditioning enough people to believe their rhetoric. And part of that rhetoric involves labels. As Matt Margolis pointed out, the White House was tripling down on “MAGA Republicans” ahead of Bidens National Disunity address. The administration has been throwing those words around quite a bit recently. Identify, isolate, and annihilate.

Either Democrats are still on pins and needles about the upcoming elections or they are so confident in their future that they have ditched all pretense. And make no mistake, a “MAGA Republican” is anyone other than a card-carrying, died-in-the-wool, true blue Democrat/socialist.

It won’t matter if you are not a devoted fan of The Donald or even if you are a Never-Trumper. You can even take a page from former RNC chairman Michael Steele’s playbook when he told MSNBC that all Republicans should be considered “dangerous until proven otherwise.” You can switch sides, apologize, do the work, and try to do better in the future. You can keep your head down, stay apolitical, and mind your business. And none of it will matter.

Then there is this story, from Aleksandr Solzhenitsyn’s The Gulag Archipelago, courtesy of Manner of Speaking. Solzhenitsyn tells the story of a conference under the Stalin regime:

At the conclusion of the conference, a tribute to Comrade Stalin was called for. Of course, everyone stood up (just as everyone had leaped to his feet during the conference at every mention of his name). … For three minutes, four minutes, five minutes, the stormy applause, rising to an ovation, continued. But palms were getting sore and raised arms were already aching. And the older people were panting from exhaustion. It was becoming insufferably silly even to those who really adored Stalin.

However, who would dare to be the first to stop? … After all, NKVD men were standing in the hall applauding and watching to see who would quit first! And in the obscure, small hall, unknown to the leader, the applause went on – six, seven, eight minutes! They were done for! Their goose was cooked! They couldn’t stop now till they collapsed with heart attacks! At the rear of the hall, which was crowded, they could of course cheat a bit, clap less frequently, less vigorously, not so eagerly – but up there with the presidium where everyone could see them?

The director of the local paper factory, an independent and strong-minded man, stood with the presidium. Aware of all the falsity and all the impossibility of the situation, he still kept on applauding! Nine minutes! Ten! In anguish he watched the secretary of the District Party Committee, but the latter dared not stop. Insanity! To the last man! With make-believe enthusiasm on their faces, looking at each other with faint hope, the district leaders were just going to go on and on applauding till they fell where they stood, till they were carried out of the hall on stretchers! And even then those who were left would not falter…

Then, after eleven minutes, the director of the paper factory assumed a businesslike expression and sat down in his seat. And, oh, a miracle took place! Where had the universal, uninhibited, indescribable enthusiasm gone? To a man, everyone else stopped dead and sat down. They had been saved!

The squirrel had been smart enough to jump off his revolving wheel. That, however, was how they discovered who the independent people were. And that was how they went about eliminating them. That same night the factory director was arrested. They easily pasted ten years on him on the pretext of something quite different. But after he had signed Form 206, the final document of the interrogation, his interrogator reminded him:

“Don’t ever be the first to stop applauding.”

I have mentioned this before, but it bears repeating. When the Khmer Rouge took over Cambodia, people were sent to the prisons and killing fields for things like owning a radio, having a college degree, wearing glasses, or because of suspicion of subversive beliefs and actions. We are talking about men, women, and children. I have been to Cambodia on a mission trip and have seen the bloodstains on the floor, the metal bed frames where people were tortured with electricity, the mass graves, and the skulls stacked one upon another. But the members of the Khmer Rouge quickly learned a hard lesson.

You see, if you make accusations and paranoia a part of your domestic policy, no one is safe. You always need an enemy. And it was not long before the Khmer Rouge soldiers who threw people in prison and tortured and murdered them suddenly found themselves locked in the very cells they used to guard. They had fallen under suspicion. That’s how those systems work. It’s how they always work.

So if you are a leftist who is rubbing his hands together and salivating over MAGA Republicans getting theirs, you had better be ready to go along with whatever the people in power decide, even if you don’t like it. And remember, don’t ever, ever, EVER stop applauding.