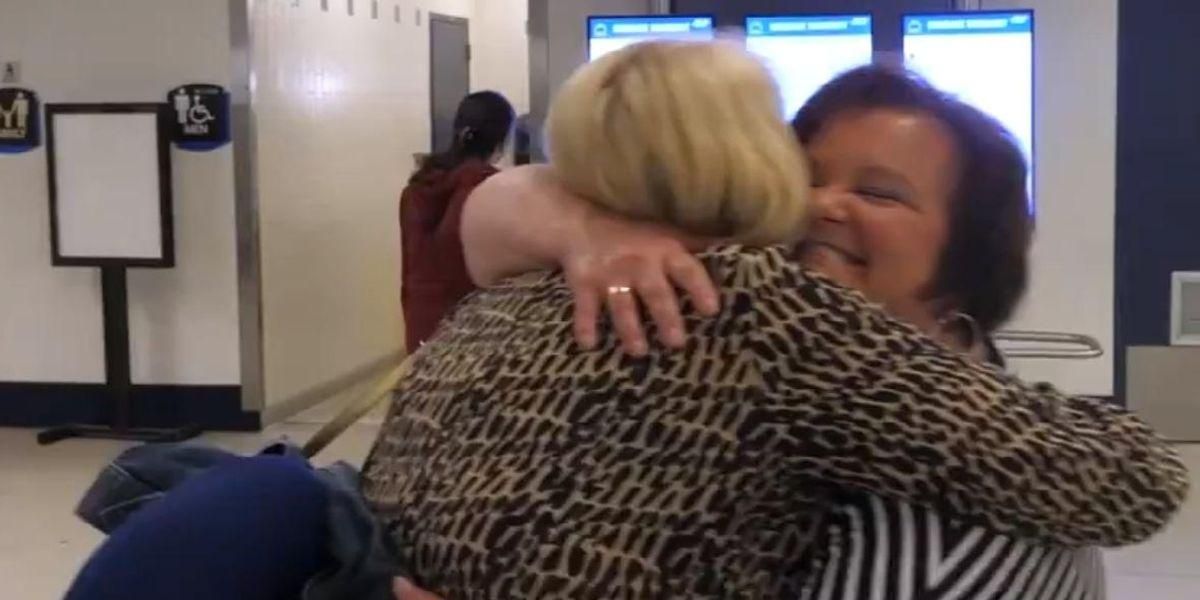 Two women living on two different continents recently discovered that they have one very important thing in common: They were both born to the same mother. In June, after a couple of years of corresponding via Zoom, the two women met for the first time in over 50 years.

Diane Ward, 59, of Uffculme, U.K., about three and a half hours from London, had always known she was adopted, and as an adult, she began wondering more and more about her birth family, especially after she began helping her husband, who had also been adopted, locate his birth family. To that end, she acquired a MyHeritage DNA kit and submitted her sample to see what — or whom — she might find.

“I was focused on parents,” Ward recalled. “For some reason, it just never occurred to me that I might have a sibling.”

Yet a sibling is exactly what that test brought, a half-sister Ward never knew existed. The initial results of the DNA test connected Ward to a second or third cousin. However, when Ward corresponded with the cousin, she discovered that, decades ago, her mother had given birth to another baby girl who had likewise been adopted and told she had been an only child.

Like Ward, Mary McLaughlin, 56, had been born in Michigan. But unlike Ward, who had been adopted and taken to Pittsburgh shortly after she was born, McLaughlin had actually lived with their mother for a short time — perhaps as long as three years — before her mother’s neighbors took custody of her. Fox News reports that at some point in McLaughlin’s early childhood, her mother asked the neighbors to babysit — and then disappeared. Social services asked the neighbors to maintain guardianship over McLaughlin even after the mother eventually returned, and they had readily agreed, McLaughlin maintained some connection with her mother until her mother’s death from breast cancer.

Once the sisters were made aware of one another, they immediately began corresponding on Zoom.

“It was love at first sight,” Ward said. “We just clicked and bounced off each other straight away. It was like I found my other leg.”

Unfortunately, the COVID shutdown prevented the women from meeting in person for about two years, during which time they continued to chat on Zoom and WhatsApp.

That is until this summer, when McLaughlin, who now lives in Arkansas, invited Ward and her husband to join the entire family for an extended vacation in North Carolina. They agreed.

“It’s like the whole family are all wise-cracking and funny smart-alecks,” Ward said. “It was just everybody bouncing off each other and just having such a good time.”

Though McLaughlin expressed some frustration that she and Ward missed out on so many memories growing up, Ward said that the timing of their reunion was still perfect in its own way.

“To have a sibling instead of a parent … it was a Godsend,” Ward added. “I think it was what was meant to be.”