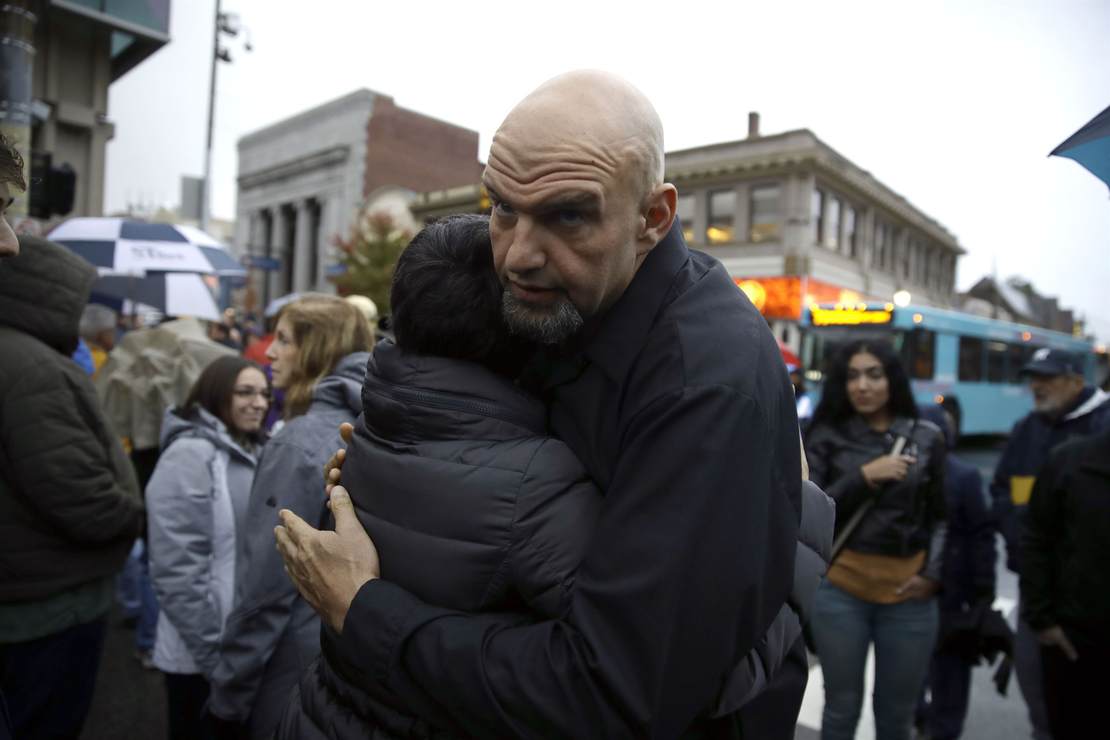 John Fetterman, the Democrat candidate for the U.S. Senate in Pennsylvania, suffered a stroke before the Democrat primary and has been largely absent from the campaign trail ever since. Despite this, according to a recent Emerson Poll, more Pennsylvania voters were put off by Mehmet Oz’s carpetbagger status than by Fetterman’s stroke.

But that may change.

Fetterman’s stroke is a delicate topic for Oz to navigate. One way he’s managed to do so successfully is by persistently pressuring Fetterman to debate. Pennsylvania is a battleground state, and recent polling suggests Oz is gaining momentum. And he might pull off a victory. The Trafalgar Group, Emerson, and Susquehanna all show a five-point race or closer. In a typical race, each candidate would use the opportunity of a debate to contrast himself with his opponent—and before his stroke, Fetterman would not have hesitated to participate.

Related: Dr. Oz Can Win in Pennsylvania… But…

But it wasn’t until this week that his campaign finally chose to admit that Fetterman’s stroke recovery was a factor in his decision to participate in a debate.

“We are working to figure out what a fair debate would look like with the lingering impacts of the auditory processing in mind,” Fetterman campaign strategist Rebecca Katz told the Washington Post.

Katz also insisted that despite his recovery, Fetterman is fully capable of doing the job he’s campaigned for. “To be absolutely clear, the occasional issues he is having with auditory processing have no bearing on his ability to do the job as senator. John is healthy and fully capable of showing up and doing the work.”

According to his advisers, Fetterman can converse with people one-on-one but has trouble in noisy environments. The Washington Post reported that this is a common condition for stroke victims, but doctors say it can get better with time.

With only two months left before the election, the Fetterman campaign’s sudden decision to be honest about why he won’t debate feels like too little too late. He’s spent weeks kicking the can down the road with various excuses, and now that Oz is gaining momentum, Fetterman’s campaign admission of the real reason their candidate won’t debate feels more like a convenient excuse. But, this admission comes with considerable risk. If Fetterman can’t debate because of his recovery, that doesn’t bode well for his physical capacity to handle the job of a U.S. senator. Fetterman has recently distanced himself from Joe Biden and even his party. Still, if he’s trying to win over moderates and independents, he may have to appear on stage with Dr. Oz to prove he can handle it because the Senate floor is much bigger and louder.