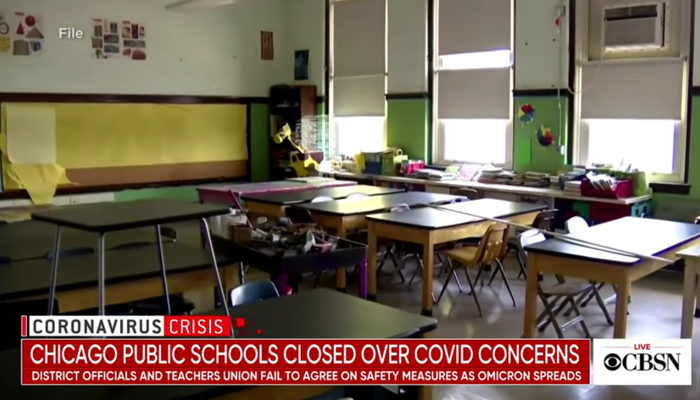 New York Times education reporter Sarah Mervosh made Thursday’s front page with a summary of a damning federal report on learning loss during the Covid pandemic: “The Pandemic Erased Two Decades of Progress in Math and Reading.”

A more accurate headline would have read: “An anti-scientific response to the pandemic fueled by partisan teachers’ unions erased two decades of progress.”

While Mervosh’s text was unsparing about the damage done, she allowed the responsible parties — liberal interest groups using the pandemic for leverage — off scot-free.

National test results released on Thursday showed in stark terms the pandemic’s devastating effects on American schoolchildren, with the performance of 9-year-olds in math and reading dropping to the levels from two decades ago.

Minority groups were particularly hard hit, as the Times would say.

In math, Black students lost 13 points, compared with five points among white students, widening the gap between the two groups. Research has documented the profound effect school closures had on low-income students and on Black and Hispanic students, in part because their schools were more likely to continue remote learning for longer periods of time.

Then came the pandemic, which shuttered schools across the country almost overnight. Teachers taught lessons over Zoom, and students sat at home, struggling to learn online.

In some parts of the country, the worst of the disruptions were short lived, with schools reopening that fall. But in other areas, particularly in big cities with large populations of low-income students and students of color, schools remained closed for many months, and some did not fully reopen until last year.

Then came the “let’s not finger-point” paragraph, which should make you wonder who the Times is trying to protect.

The results should be a “rallying cry” to focus on getting students back on track, said Janice K. Jackson, who led the Chicago Public Schools until last year and is now a board member of Chiefs for Change, which represents state education and school district leaders….

“That is how dramatic it is to me,” she said, adding that politicians, school leaders, teachers’ unions and parents would have to set aside the many disagreements that flared during the pandemic and come together to help students recover.

“No more of the arguments, and the back and forth and the vitriol and the finger pointing,” she said. “Everybody should be treating this like the crisis that it is.”

Chicago public schools were among the systems closed the longest; the activist Chicago Teachers Union posted and later deleted a notorious tweet explaining the move to reopen schools was “rooted in sexism, racism, and misogyny.”

How convenient for the Times, warning readers not to blame Democratic interest groups like the teachers unions, especially American Federation of Teachers president Randi Weingarten, who helped the CDC come up with the corrupted “science” that kept many children locked out of school for over a year.

Timothy Carney at the Washington Examiner reminds us that “The virus didn’t do this to our schoolchildren — the government did.”

….The damage to students (academic, emotional, and social) was obvious to every parent after the three-month closure in early 2020. Children’s relative safety in the face of the virus was also well-known by the fall of 2020.

The Times itself contributed by promoting flawed studies, and a September 2020 story summarized by the headline deck: “Behind the White House Effort to Pressure the C.D.C. on School Openings — Documents and interviews show how senior officials sought to play down the risks of sending children back to the classroom, alarming public health experts.”

If Trump was for it, liberals had to be against it, no matter what it cost children.