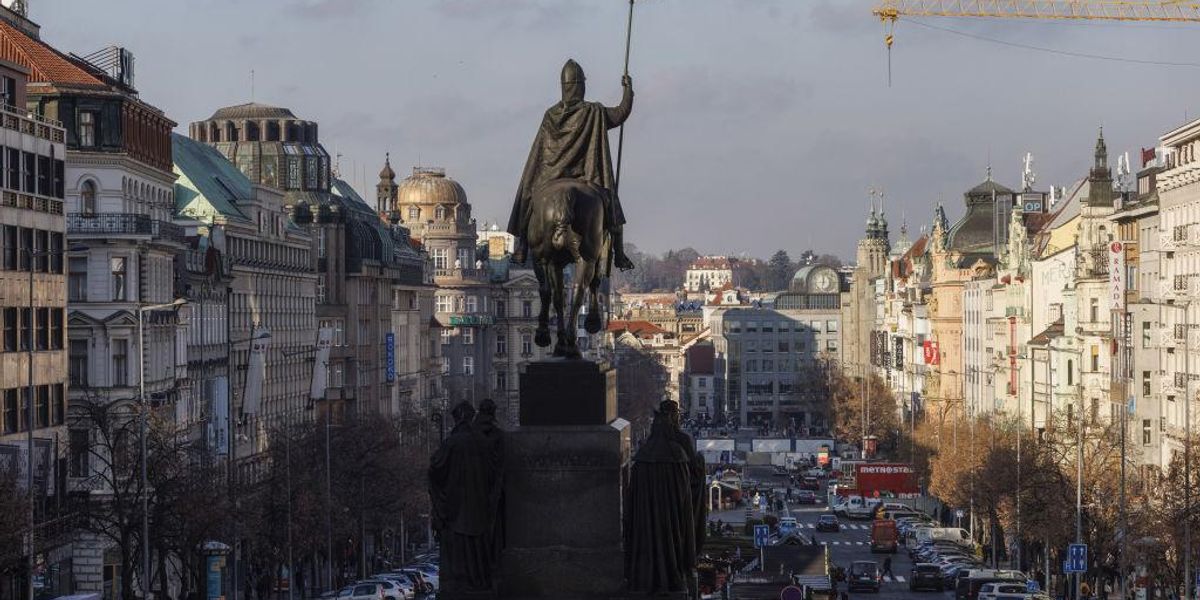 An estimated 70,000 people protested in Prague against the Czech government over the weekend. The protesters expressed anger over soaring energy prices and voiced opposition to the European Union and NATO.

Czech inflation, according to Bloomberg, is currently the highest since 1993. The Czech central bank forecasts inflation to peak at around 20% in the coming months.

Those protesting represented a wide swath of the political spectrum, as supporters of groups ranging from the “major anti-migrant populist” Freedom and Direct Democracy party to the Communist Party showed up, ABC News reported.

“The aim of our demonstration is to demand change, mainly in solving the issue of energy prices, especially electricity and gas, which will destroy our economy this autumn,” event co-organizer Jiri Havel told iDNES.cz news website.

In addition to questioning the Czech government’s ability to reverse the rise in energy prices, protesters condemned the Czech government for supporting sanctions against Russia. The demonstrators also criticized the European Union’s (EU) plan to cut greenhouse gas emissions and reach climate neutrality, according to the Associated Press. The Czech Republic is a member of the EU.

Zuzana Majerová Zahradníková of the anti-EU Trikolora party told protesters, “Fiala’s government may be Ukrainian, it may be Brussels, but it is definitely not Czech.” The EU is headquartered in Brussels, Belgium. The Czech Republic has been an avid supporter of Ukraine in its battle against Russia and has donated weaponry to the Ukrainian armed forces.

“The protest on Wenceslas Square was called by forces that are pro-Russian, are close to extreme positions and are against the interests of the Czech Republic,” said Czech Prime Minister Petr Fiala. Fiala criticized the demonstrators, claiming they were expressing pro-Russia views “that are not in the interest of the Czech Republic and our citizens.” Fiala’s collation government survived a vote of no confidence on Friday.

The Guardian reports that Pavel Blažek – the Czech Republic’s minister of justice and a member of Fiala’s party – warned last week of the risks involved in not addressing the country’s energy issues. “If the energy crisis is not resolved, the political system of this country is at risk,” Blažek said.

Organizers have vowed to stage further protests unless the government resigns by September 25.