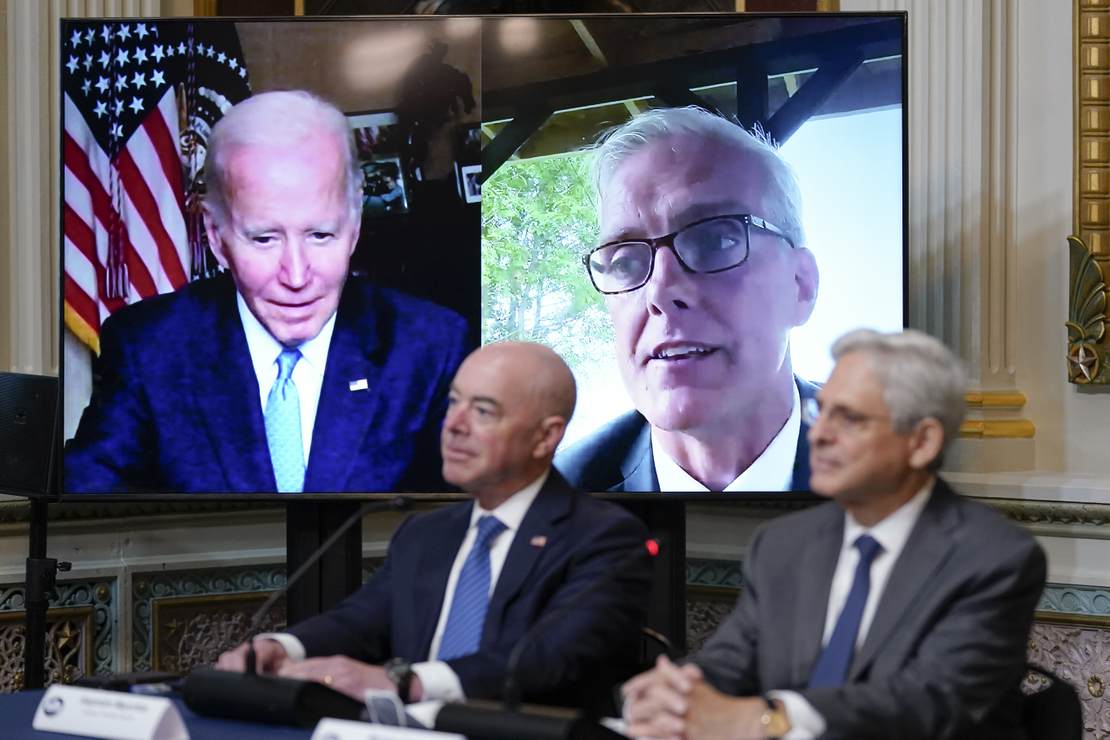 In the last two years, Democrats have gone too far in countless ways. It is apparent that whatever Marquess of Queensberry Rules the two parties used to observe are no longer in force as far as they are concerned. Some Republicans, like Representative Chip Roy (R-Texas), understand what time it is and use the direct and forceful language required for rhetorical battle. More Congressional Republicans need to get on board, and GOP leadership needs to devise a list of strategic tit-for-tat strategies to bring Democrats back around to institutional norms.

According to economist and professor Mike Moffatt:

In the context of game theory, “tit-for-tat” is a strategy in a repeated game (or a series of similar games). Procedurally, the tit-for-tat strategy is to choose the ‘cooperate’ action in the first round and, in subsequent rounds of play, choose the action that the other player chose in the previous round. This strategy generally results in a situation where cooperation is sustained once it begins, but noncooperative behavior is punished by a lack of cooperation in the next round of play.

In other words, to restore our system of checks and balances along with some semblance of regular order, it is time to give Democrats a taste of their own medicine. Part of the reason Democrats behave this way is that they anticipate Republicans will follow the rules at all costs. Even President Trump getting the Supreme Court appointees on the bench because Majority Leader Mitch McConnell followed the new rules Democrat Majority Leader Harry Reid put in place was insufficient to prove the point. It is time to meet and possibly exceed Democrats’ willingness to wield power.

To help our feckless Congressional Republicans, here are some obvious strategic moves. If the GOP wins back the House, the first order of business for a Republican majority leader is kicking Representative Ilhan Omar off the Foreign Relations Committee and Representative Eric Swalwell off of the Intelligence Committee. It is appalling to have an open anti-Semite on Foreign Relations. Likewise, anyone dumb enough to fall for a honeypot from a Chinese spy has no business receiving some of the nation’s most highly classified intelligence.

Recommended: Everyone Around Biden Is an Election Denier, Including Him

Then, when investigations form on the handling of Hunter Biden’s laptop, potential corruption, and influence peddling in the First Family, overrule all Democrat nominees to the committee. Only offer seats to the most vulnerable Democrats in the deep purple districts. No one wants to go this far, but it is the only way to ensure that Democrats correct their own behavior. Republicans should openly blame these moves on previous Democrat behavior.

Republicans must also address the executive branch. The Department of Education is about to eliminate due process protections for young men accused of sexual assault on college campuses. It has also proposed taking lunch away from needy children in districts that do not bend the knee to the Biden administration’s radical transgender agenda. Haul Department of Education leadership in for open hearings on these matters.

Next, Attorney General Merrick Garland couldn’t see fit to enforce a federal law prohibiting the harassment of federal judges to influence their rulings. He continued to ignore the wild protests outside the homes of Supreme Court justices, even after someone drove from the West Coast with a plan and materials to murder at least one of the conservative justices. Garland also green-lit an unprecedented raid on former President Donald Trump’s home and sent a memo directing the FBI to look into parents opposing radical gender and racial theory in K-12 classrooms. Impeach him.

His underling, FBI Director Christopher Wray, is no better. Drag him back in front of Congress and compel him to disclose how many federal agents and informants were at the Capitol on January 6, 2021. There is a reason the term “fedsurrection” gained popularity on the Right. It is increasingly clear that FBI assets egg on almost any “far-right” crime. Often like in the Whitmer kidnapping plot, FBI assets outnumbered the participants. Do not let up until all the tapes of January 6 are released.

Then there’s DHS Secretary Alejandro Mayorkas. He refuses to enforce any immigration law under the most expansive definition of selective enforcement. Meanwhile, cartels target our children for murder by creating colorful pills that look like candy filled with deadly fentanyl. Women and girls are trafficked and raped. And one cartel member told journalist Sara Carter that organ harvesting is a new trade the cartels are engaging in. They learned well from their Chinese masters. Impeach him for failure to enforce the laws of the United States.

Defense Secretary Lloyd Austin made the military stand down to root out “white supremacists.” There is not a single report indicating leadership found any. Instead, unvaccinated troops are getting discharged for violating the Covid vaccine mandate, while even the CDC says the vaccinated and the unvaccinated should not get treated any differently. The military is at least 40,000 recruits short this year, further impacting our military readiness. Austin also oversaw the disastrous exit from Afghanistan and could not persuade President Biden to act differently. Go for the trifecta and impeach him for failing to maintain readiness.

And finally, while congressional staffers comb through every document, email, text, and photo on Hunter Biden’s laptop, impeach President Joe Biden. On two occasions, Biden has said publicly he did not have the authority to do something and then did it anyway. The first impeachment should be for disregarding the Constitution he swore to uphold.

The first instance was the eviction moratorium. Biden extended it even after it was clear the Supreme Court would not uphold it. At the time, he even acknowledged SCOTUS’s opinion but said people would get a few months of relief while the issue went through the courts. That is not how our government works.

The second instance was student loan debt forgiveness. Earlier in Biden’s term, Democrats were united with Speaker Nancy Pelosi, Education Secretary Miguel Cardona, and Biden, all saying he did not have the authority to discharge the debt. Magically, under a law that applies to veterans in a national emergency passed after 9/11, the Democrats found a presidential authority they could hang their hat on. Biden did it to buy votes, and it would not stand up to a legal challenge any more than the eviction moratorium. Democratic presidents need to stop working outside their authority. Republicans should have stopped it with DACA under President Barack Obama.

Then once the corruption investigation is complete, Republicans can impeach Biden a second time even if he has stepped down in favor of President Kamala Harris. Democrats decided it was rational to impeach a president after they left office. Republicans should do the same with abandon. The base wants it, and the institutions need it. The only way to stop Democrats’ bad behavior is for Republicans to prove they will meet them at the line they draw.

Chinese state-run media urges “de-dollarization,” says Federal Reserve engaging in “financial looting” of the world
Colbert Wonders ‘How Big of an A-Hole Is Ron DeSantis?’
Biden’s Handlers Still Clinging to Iran Nuke Deal as Iranian Government Kills Its Own People
Majority of likely general election voters do not feel as safe now as they did two years ago: Poll
Hillary Clinton compares Donald Trump to Adolf Hitler, says MAGA supporters are like Nazis