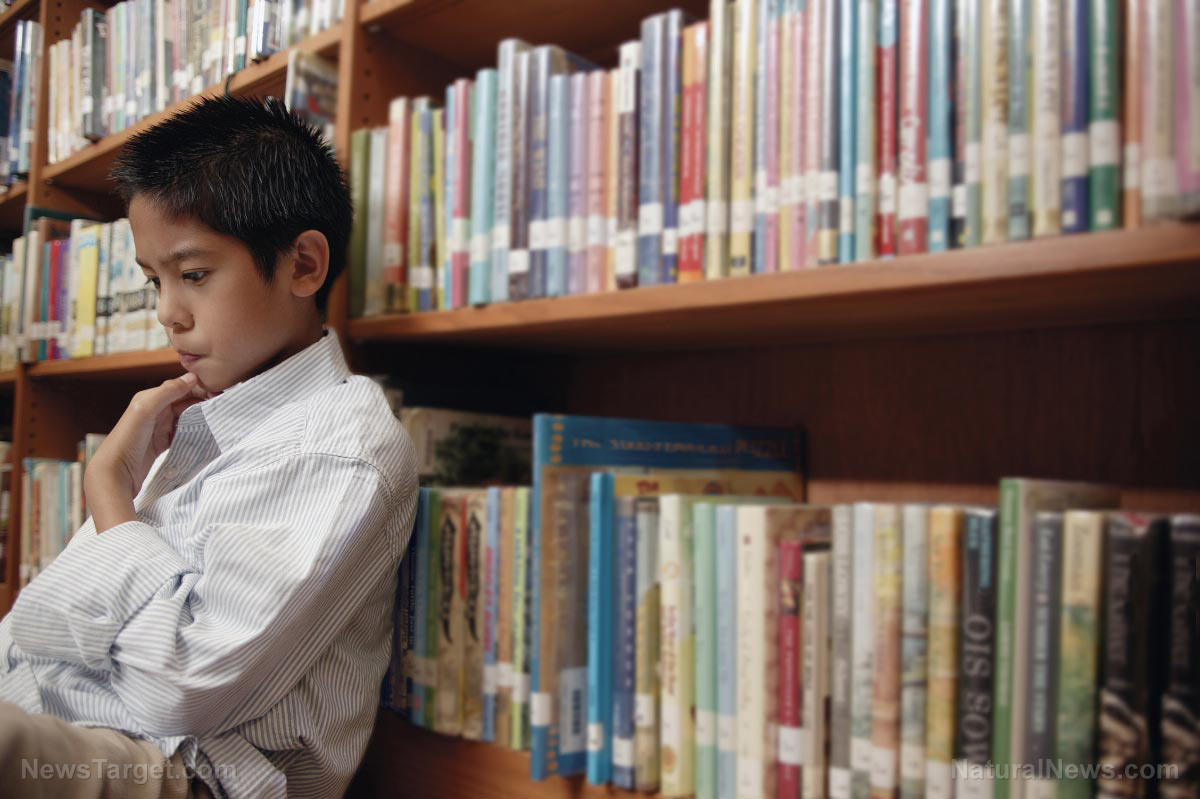 (Natural News)
A webpage dedicated to teaching librarians how to groom children has disappeared into the memory hole after being outed to the general public.

The far-left American Library Association (ALA) created the resource, which offered tips about how to covertly promote LGBT ideas to kids without being too obvious about it.

Written by Maryland librarian Tess Goldwasser, the now-removed page, which is still available to view in the archive, was aimed at small-town librarians in rural, conservative areas who could face pushback or punishment for openly promoting LGBT behavior to minors. A portion of it reads as follows:

“Do you work for a library in a small, rural, conservative community? Are you a frontline staff member there, with no managerial or administrative authority? Do you wish you could do more to make your library more inclusive to the LGBTQIA++ community, but meet with resistance? I hope it’s not just me!”

After the independent media found out about the page and reported on it, the ALA removed it. Now, an error message appears at the landing page when clicking the original link.

It turns out that the ALA has done this kind of thing before. In fact, the institution has been pushing LGBT perversion via public libraries for at least the past five decades.

Dan Kleinman, leader of the library watchdog group Safe Libraries, says Judith Krug, the ALA’s leader at that time, was an aggressive promoter of the same kind of far-left gender ideology that the group is still pushing today.

Like Goldwasser is trying to do today, Krug sought out ways to get censored, and often explicitly obscene, materials into the hands of children – all under cover using sinister tricks and tactics.

“And at the same time, they would mislead parents so the parents couldn’t stop or weren’t aware that they should be.”

The ALA is also directly responsible for the Drag Queen Story Hour phenomenon that seemed to appear out of nowhere during the Trump administration. It all started in San Francisco – big shocker – and quickly spread across the country.

Some Drag Queen Story Hour events have seen children and even toddlers groping the fake breasts of males dressed in exaggerated female clothing.

There have also been cases in which convicted pedophiles in drag were allowed to read to children, books about Johnny having two non-binaries for parents, or little Susie getting a double mastectomy to become a “boy.”

“So many people are just simply not aware of this issue,” Kleinman laments about the kinds of things that are being pushed on children at public libraries. “That’s why it goes on. That’s why these librarians get to screw people over.”

In the comment section, someone wrote that Krug, Goldwasser, and everyone else at the ALA who is involved with trying to pervert and groom children will have to “face God on judgment day.”

“I cannot imagine how fearful it will be for them when they discover there really is a God whom they mocked,” this person added.

Another wrote that his wife used to work at a local public library in a medium-sized town in Illinois and was the only conservative there out of more than 100 employees.

More news about the LGBT takeover of American institutions can be found at Gender.news.

Democratic strategist Kurt Bardella tweets, ‘How long until Republicans start floating policies to impose a dress code on women’
Two armed men try breaking down home’s door, get greeted by armed homeowner. One crook gets away; the other is found shot dead on porch.
Harvard Accidentally Discovers the Key to Happiness…and the Left Is Gonna Flip Out
Liberals are outraged at NPR journalist over anecdote about a dinner party prank with water guns and the late Antonin Scalia
Gavin McInnes admits arrest hoax was a prank gone DISASTROUSLY wrong: ‘This was a $10,000 joke’