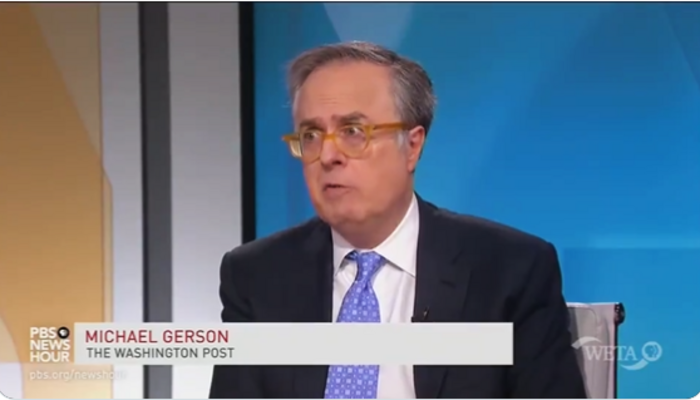 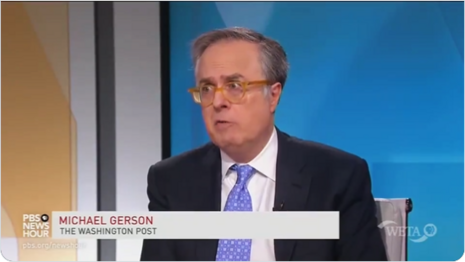 People who adopt a more modernist take on Christianity lean heavily on the Gospel of Matthew, insisting believers should not be quick to judge others, lest they be judged. But the evangelical Christians promoted by The Washington Post aggressively judge Christians who decided to vote for Donald Trump.

Post columnist Michael Gerson, a former chief speechwriter to President George W. Bush, sounded like he was writing a speech for Joe Biden in a sprawling 4,295-word September 4 essay titled “Trump should fill Christians with rage. How come he doesn’t?” If you don’t rage like Gerson, you’re not a good Christian.

Since 2016, many Christians have struggled to support Trump, whose public behavior is the opposite of Christian humility and kindness. But Gerson treats every Trump supporter as a “MAGA Republican,” that many believers are taking “perverse and dangerous liberties” with their faith, aligning with the “symbols and identity of white authoritarian populism,” a “serious, unfolding threat to liberal democracy.”

This doesn’t sound like a conservative Christian columnist. It sounds like the average Washington Post staffer mounting his hobby horse in their official “Democracy Dies in Darkness” T-shirt. Gerson’s stuck in a rut, regurgitating his righteous thunderbolts like an Episcopalian Max Boot.

A conservative Christian could write a stern lecture to fellow believers to avoid falling into hatred, unproven conspiracy theories, and most darkly, into violent rioting. Christians should reflect daily on whether their own personal (and political) behavior is worthy of Jesus Christ. But Gerson denies the threats to religious freedom that have driven Christians to vote for Trump, especially the aggressive advance of radical gender ideology.

Gerson dismisses “baseless accusations of gay ‘grooming’ in schools” and “a patently false belief that Godless conspiracies have taken hold of political institutions.” Somehow, Gerson can’t engage with the evidence pouring out from Twitter accounts like Christopher Rufo and “Libs of TikTok” that demonstrate a crusade to indoctrinate young children into a thicket of choosing personal pronouns and then alternative sexual expressions. Calling that “baseless” is willful blindness. 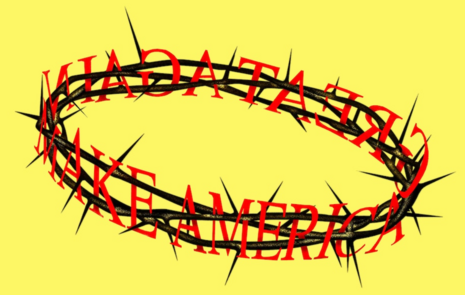 This Post evangelist accuses Republicans of exploiting Christian defensiveness in service to an “aggressive, reactionary politics.” But he can’t spend a sentence of his long jeremiad on religious freedoms being crushed. He could address the two Alaska Airlines flight attendants who were fired last year because they asked questions about the company’s support of the radical “Equality Act” and how it would impact people with religious beliefs. The airline argued “Defining gender identity or sexual orientation as a moral issue … is … a discriminatory statement.”

He could claim the angst of Christians is unduly “apocalyptic” because the Supreme Court is still friendly to religious freedom, like the recent case of the high school football coach who was fired over saying prayers at midfield after games. But that result came from three Supreme Court justices appointed by Donald Trump. He can’t acknowledge for one second the contradiction – that this thrice-married crude talker with a propensity to mangle the truth and encourage riots has become the man who has shielded religious freedom from a radical and godless onslaught.

Gerson is “surveying the transgressive malevolence of the radical right” and finding only “moral ruin” among Republicans without ever seriously addressing the transgressions of the radical left. But then, The Washington Post is one of those transgressors, routinely lobbying against any inkling of an “anti-LGBTQ backlash.” He said “when you choose your community, you choose your character.” Is his chosen media community the Christian model?

We could ask him this question: “The Washington Post should fill Christians with rage. How come it doesn’t?”

Alec Baldwin and others may face criminal charges over fatal on-set shooting, district attorney says in filing
MSNBC Asks Anita Hill if Pro-Lifers Are Chauvinist & Misogynist
Awkward: Bill Clinton Tells CNN “There is a Limit to How Many Migrants Any Society Can Take”
USDA launches $500 million grant program for domestic fertilizer production
Chuck Todd asks Nancy Mace if a GOP House majority would impeach Biden — is literally WOWED by her response