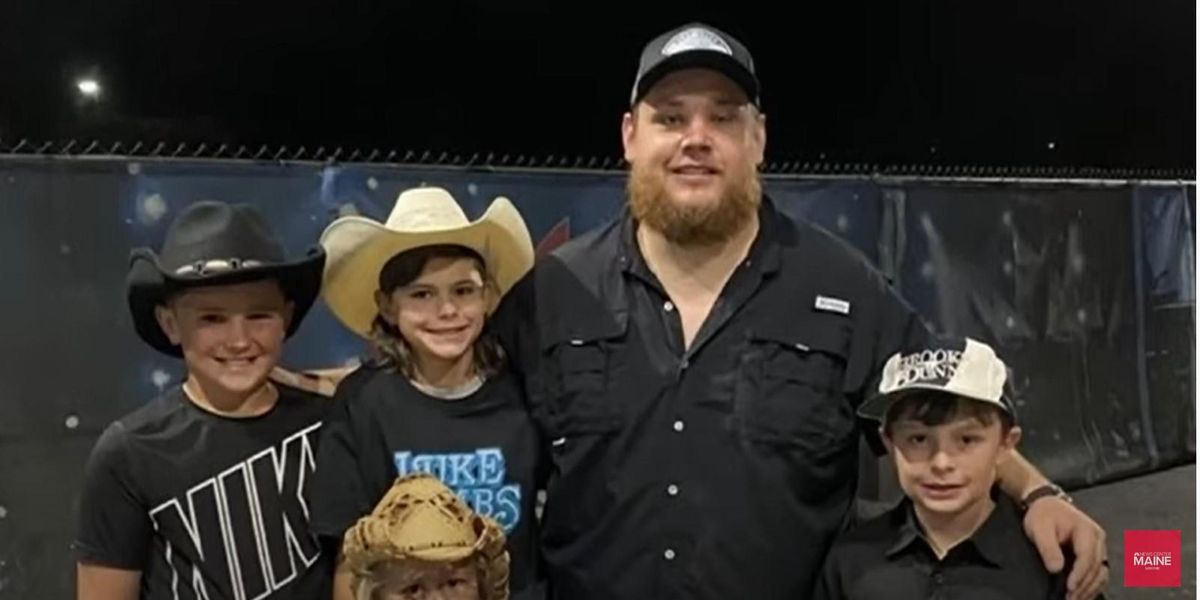 Two young boys in Maine had an evening they will likely never forget after their country music star hero Luke Combs publicly acknowledged them for working hard to earn the money to attend one of his concerts.

Bo Fenderson, 12, of Cornish, Maine, and his friend Tanner both reportedly earned $100 a piece chopping wood so that they could purchase tickets to attend one of two Luke Combs “Middle of Somewhere” concerts in Bangor over the weekend. Not only did Combs notice the signs they held to explain their story, but he read the signs to the entire concert audience, reimbursed the boys for the tickets they bought, and then invited them both backstage to spend more time with him and the other musicians.

“We made $100 bucks stacking 5 cords of wood, bought two Luke Combs tickets,” the boys’ sign read. “Man, he sounds good. Our Dads swore it was a waste of time, oh but they were wrong. Today’s my 12th birthday, oh Lord when it rains it pours.”

Once Combs understood that the two boys had spent their own hard-earned money to attend the concert that Friday, he decided to pay them back for all their effort.

Combs was better than his word. Not only did he give the boys the full $200, but he autographed their hats, and then spent time with them backstage after the concert was over — all on young Bo’s 12th birthday.

The mothers of the two boys were equally impressed by Combs’s efforts to connect with his fans and reward them for their hard work.

“He’s a great role model to take the time and do that and really acknowledge what they did,” said Bo’s mom Desiree.

“It wasn’t just Luke,” she continued. “It was the rest of the staff too that made it happen and made it a point to come find us and the boys and fulfill that promise that he made to them. I think for all of the sisters, the cousins, and the friends that they all learned a valuable lesson.”

The boys recalled that Combs told them backstage that the two most important things in life are kindness and hard work.

Combs’s kindness and generosity didn’t stop with Bo and Tanner either. During his concert on Saturday night, Combs regretfully informed attendees that he would have to cut the show short because he was struggling with a throat issue. However, he reimbursed the entire crowd for the cost of their tickets — and still proceeded to give them a full performance, despite his struggles.