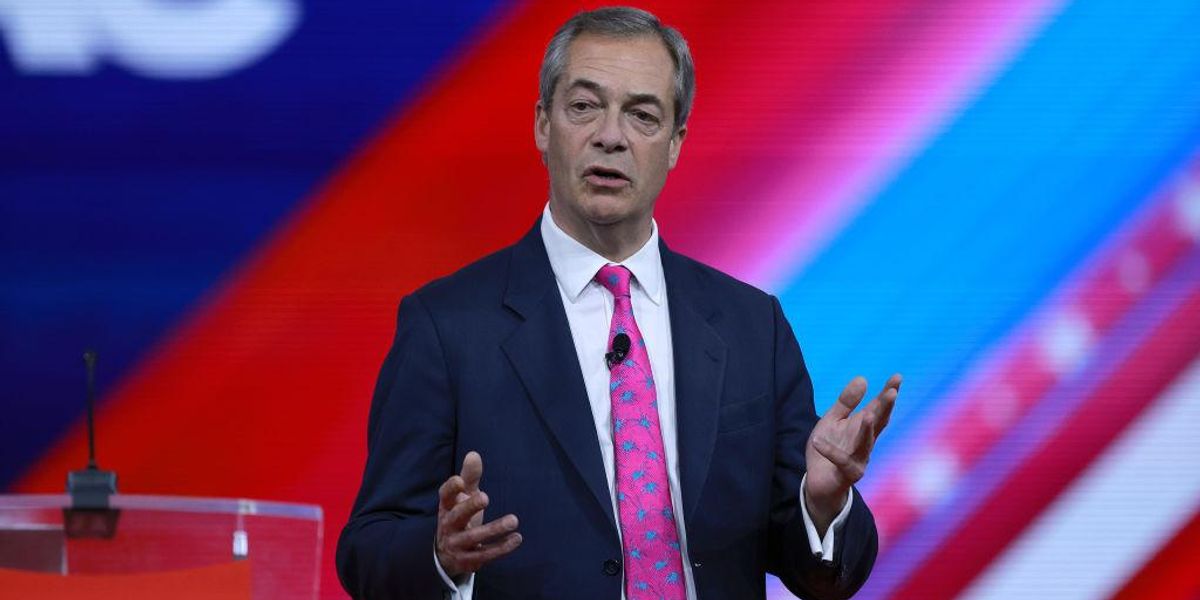 Brexit Party leader Nigel Farage on Thursday slammed left-wing academics and writers who, upon the death of Queen Elizabeth II, attacked her legacy and that of the British empire.

While most of the world mourned the queen’s passing in solidarity with the people of the United Kingdom, some opinion writers at the New York Times, New York magazine, and the Atlantic celebrated her death, calling the queen a “colonizer.” Others on social media, including prominent black journalists, attacked the queen and the British empire as racist.

Farage ferociously pushed back against Queen Elizabeth’s critics on Fox News’ “Tucker Carlson Tonight” Thursday, condemning “those who want to destroy everything that our civilizations are about.”

“This is pure Marxism. It’s about bringing down Western civilization,” Farage said.

He defended the queen’s reign, observing that she was never personally involved in a major public scandal though she was “constantly in the public glare.”

“To those who will attack her and think she’s linked to colonialism, this woman put on a military uniform to fight Hitler in World War II,” Farage said. “This woman went all over the world to black Africa and elsewhere doing all she could to genuinely help people. I really think we must stand up and defend this great woman.”

Buckingham Palace announced Thursday that Queen Elizabeth II, the longest-reigning British monarch, passed away peacefully at Balmoral Castle in Scotland. She was 96 years old. Earlier that day, a royal spokesman had said doctors were concerned for the queen’s health and that she was put under medical supervision. The royal family traveled to be by the queen’s side in her final moments.

After news of the queen’s ill health broke Thursday morning, some people on social media denounced her as a “colonizer” and expressed disdain toward the British monarchy. One Carnegie Mellon University linguistics professor wished her an “excruciating” death in a tweet that was widely condemned and eventually taken down for violating Twitter rules.

Prominent journalists also attacked the queen. Tirhakah Love, a senior newsletter writer for New York magazine, wrote in his evening newsletter, “For 96 years, that colonizer has been sucking up the Earth’s resources.”

“You can’t be a literal oppressor and not expect the people you’ve oppressed not to rejoice on news of your death,” Love added.

In the pages of the New York Times, Harvard University history professor Maya Jasanoff wrote that it is wrong to “romanticize” Queen Elizabeth’s reign.

“The queen helped obscure a bloody history of decolonization whose proportions and legacies have yet to be adequately acknowledged,” Jasanoff wrote, mentioning examples of repression in Malaya, Kenya, Yemen, Cyprus, and Ireland.

“We may never learn what the queen did or didn’t know about the crimes committed in her name,” she wrote.

Jemele Hill, a senior writer for the Atlantic, suggested it was right and proper for journalists to criticize the queen’s legacy on the occasion of her death.

“Journalists are tasked with putting legacies into full context, so it is entirely appropriate to examine the queen and her role in the devastating impact of continued colonialism,” Hill tweeted.

But Nigel Farage was having none of it.

“Something is gone today. Something about honesty, integrity, duty, service, dignity, Christianity, and patriotism is gone,” he said. “And, I regret to say, I doubt we will ever see the like of her again.”

Prince Charles, the son of the Queen Elizabeth, succeeded to the throne upon his mother’s death. His title will be King Charles III.