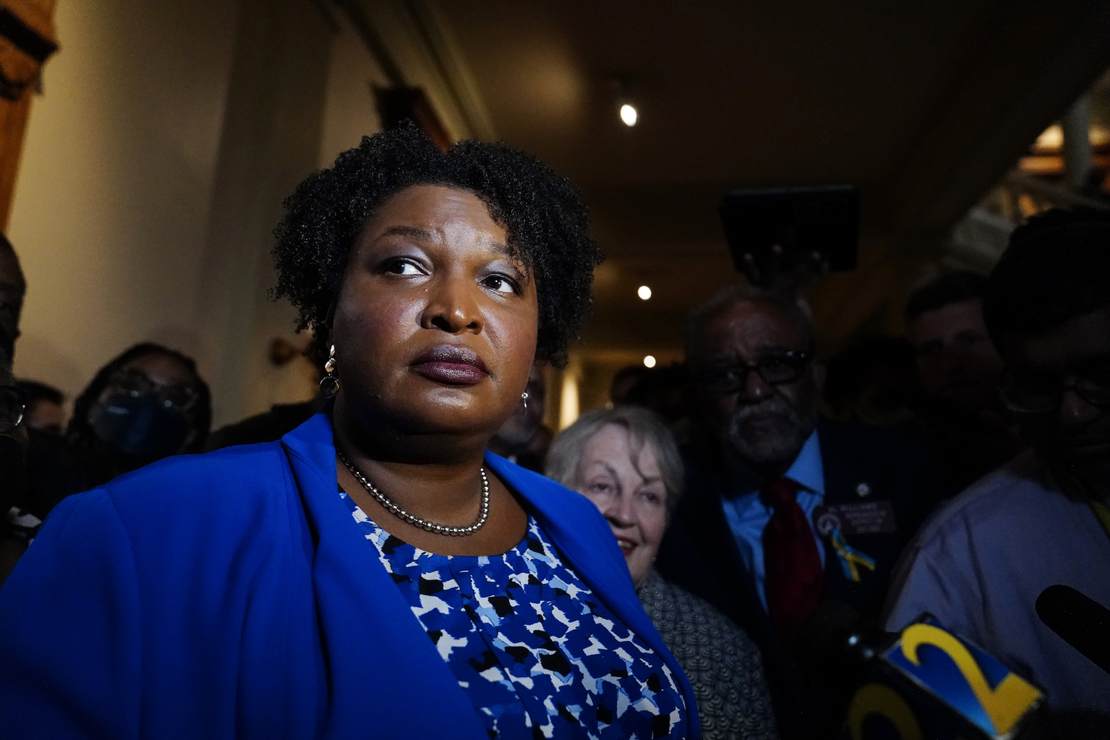 Remember when Stacey Abrams was the Democrats’ miracle maker? Some (still) claim she is the legitimate winner of the 2018 Georgia gubernatorial election — a race she has yet to concede — and was even reportedly on Joe Biden’s shortlist of black women to be his running mate in 2020. She is also widely credited with masterminding the grassroots effort that got Democrats Jon Ossoff and Raphael Warnock elected to the Senate in 2021.

She’s undoubtedly managed to achieve a sort of celebrity status. Earlier this year, she made a cameo in the fourth season finale of Star Trek: Discovery as the United Earth president.

Despite being the nation’s second-biggest sore loser (second only to Hillary Clinton), Democrats have had high hopes for Abrams to be the next Barack Obama or something.

It was believed that if Georgia could elect two Democrat senators in 2021, surely Stacey Abrams would be a shoo-in for governor. Well, the gap between expectations and reality is wider than the gap between her two front teeth, as her second attempt to become the governor of the Peach State isn’t going very well.

In fairness, the current political climate is hardly advantageous for the Democrats. Joe Biden is extremely unpopular, the economy is in recession, and Georgia is by no means a blue state. But, despite that initial confidence in Abrams’ chances, incumbent Republican Gov. Brian Kemp has led all of the recent polls, and the Trafalgar Group has him up by seven points. It’s hardly shocking that local Democrats are worried about the Abrams campaign.

“Georgia Democrats have grown increasingly pessimistic about Stacey Abrams’s chances of ousting Gov. Brian Kemp from office, pointing to her struggles to rally key parts of her party’s coalition and her inability to appeal to a slice of moderate Republican voters who can decide the state’s elections,” reports the New York Times. “Public and private polls have consistently shown her trailing Mr. Kemp, a Republican seeking a second term. And, in a particularly worrying sign for Ms. Abrams, polls also show she is drawing less support than the other high-profile Democrat on the ballot, Senator Raphael Warnock, who is seeking a first full term.”

Despite the ample love for Abrams from Democrats, she has lost support among black men, despite their previous support of her 2018 campaign. Abrams has shown little sign of peeling off significant numbers of disaffected Republicans, while Sen. Warnock surprisingly receives some support from moderate Republicans — though recent polling suggests that Warnock may be in trouble. In fact, Warnock’s campaign didn’t seem to want to touch Abrams with a twenty-foot pole. In a news conference last week, Warnock dodged a question from the New York Times about if he would campaign with Abrams.

Curiously, they appeared together at a joint rally the very next day. This was probably a huge political risk for Warnock. Warnock’s opponent, Herschel Walker, appears to have momentum in the final months of the campaign, and a week after their joint rally, Decision Desk HQ has upgraded the race from “Leans Democrat” to “Toss Up.”

One might conclude that campaigning together didn’t help Abrams and instead hurt Warnock. Nevertheless, it looks like she’ll have an open schedule for more cameos on Star Trek: Discovery as the president of United Earth after November. That is, of course, if her character doesn’t lose her next election, too.