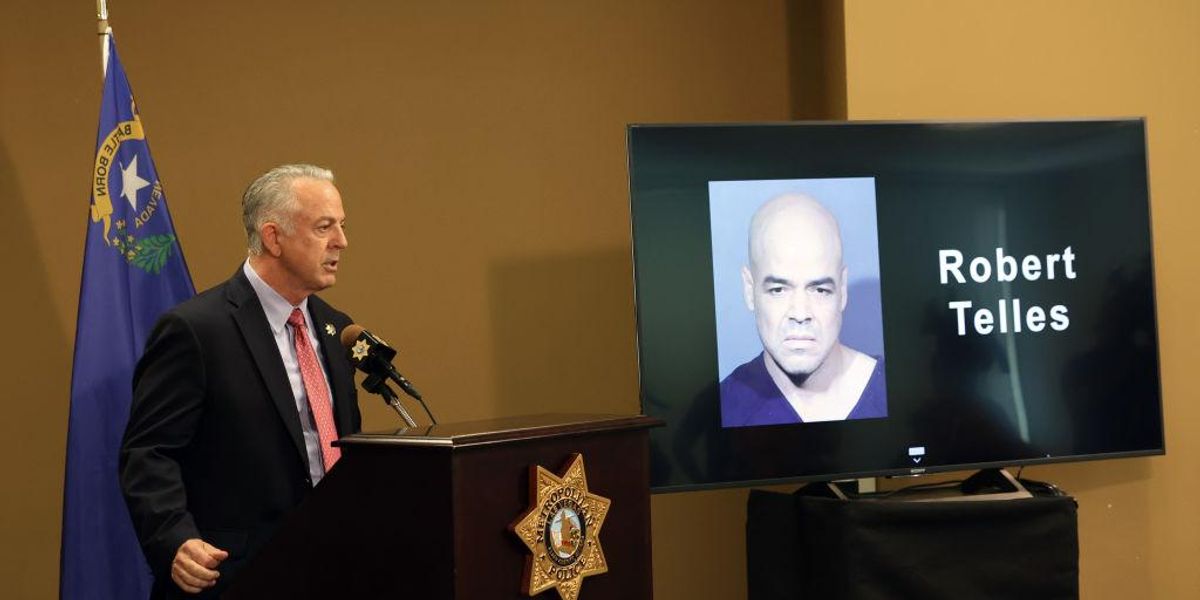 A reporter tried to compel a Las Vegas sheriff to condemn former President Donald Trump after police arrested a local Democrat politician for the murder of an investigative journalist.

On Thursday, the sheriff of the Las Vegas Metro Police Department, Joe Lombardo, took to the podium to address questions from the media regarding a recent high-profile arrest. The day before, Clark County Public Administrator Robert Telles was arrested for the gruesome murder of Jeff German, a reporter for the Las Vegas Review-Journal, a story that had naturally drawn the attention of media throughout the country.

But one reporter, whose name has not been given, instead queried Lombardo about Trump, likely attempting to reorient the conversation from a discussion about the violent actions of one person into a larger statement about the former president.

“Now is probably not the appropriate time to talk politics,” the unnamed reporter began. To which Lombardo replied, “So why are we talking politics then?”

The reporter disregarded Lombardo’s question and proceeded to make the case political, asking, “Do you condemn former President Trump’s normalization of violence against journalists?”

u201cDemocrat elected official: Allegedly stabs journalist to deathnnMedia to Sheriff: So are you going to condemn Trump?nnud83eudd21ud83cudf0eu201d

“No, I think this [is] probably inappropriate to speculate on that or opine on that,” Lombardo responded.

He also added that the crime “is troublesome because it is a journalist. When people take it upon themselves to create harm associated with that profession, I think it’s very important that we put all eyes on and address the case appropriately.”

It is unclear why the reporter believed that a Democratic politician would exact violence against a reporter because of comments Trump made about the media while in office. It is also unclear in what way the former president normalized “violence against journalists.”

German had recently published an exposé about Telles, alleging that Telles created a hostile work environment and had engaged in an inappropriate relationship with one staffer. Over the summer, Telles lost a bid for reelection to fellow Democrat Rita Reid, and many have suspected that German’s recent articles helped sink Telles’ campaign.

“The published articles regarding a public figure, the public administrator’s office, ruined his political career, likely his marriage, and this was him lashing out at the cause,” said Clark County chief deputy DA Richard Scow.

German was viciously stabbed seven times, according to Scow.

According to police, the evidence against Telles, an ardent gun control advocate, is damning. Police say that they have tied the straw hat and shoes seen in surveillance footage to Telles and have found Telles’ DNA underneath German’s fingernails. Police say they also have other DNA evidence linking Telles to the murder, though they have not publicly discussed the details of that DNA evidence.