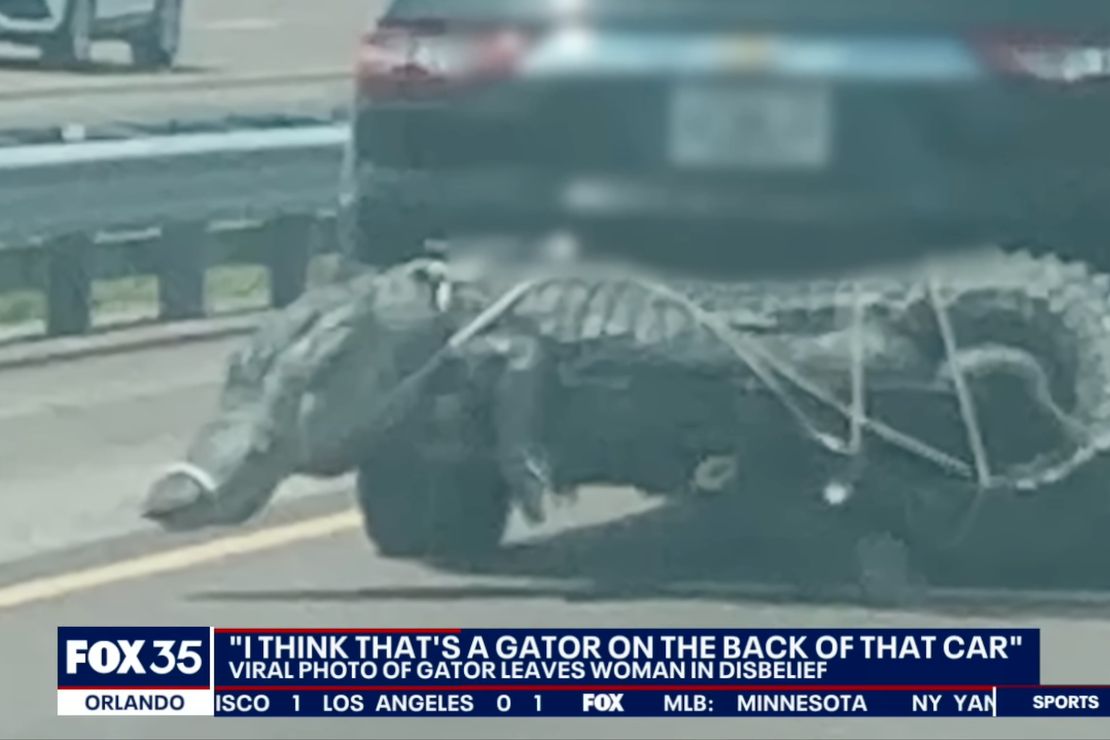 On this week’s Florida Man Friday, we have the worst sword fight ever, the worst Mother Theresa ever, and the unluckiest Colorado fake cop ever.

And I hope those in the know appreciated the Peter Greenaway reference in the headline.

The Most Florida Man Story Ever (This Week)

Never bring a sword to a taser fight:

Deputies from the Lee County Sheriff’s Office approached a Nissan Altima in North Fort Meyers because it was blocking the bike line, WBBH-TV reported. Inside of the car, they found a man reclined in the driver’s seat.

After learning that the man provided the deputies with a fake name, the deputies asked him to step outside of the vehicle. As police tried to remove him, he reached towards his center console and drew the three-foot blade, attached to a metal dragon-shaped handle, according to the outlet.

Deputies attempted to tase the man, but were unsuccessful. He then began poking the weapon out of his car window at the officers.

In hopes of doing what, exactly?

Florida Man then rolled up the window — again, hoping to do what? — and then tried to make his escape out the passenger door. That’s when he finally got tased and cuffed.

Cops found meth and pot in the car, which maybe means that Florida Man’s actions at least made sense to Florida Man.

Man, I love it when we get to start with a high-scoring report.

Busted is what happened to Florida Man and Florida Woman “Mother Theresa.”

What I like is how she got the name:

The SEC filing against her describes an MJ Capital May 12, 2021, website blog stating that Florida Woman “is often referred to as “Mother Theresa” in her community,” because she found a way to “help hard working individuals make money and that she helps her merchant clients get the financing they need.”

It’s easy to get people to like you when you throw other people’s money at them. It’s even easier when you just slap yourself with the Mother Theresa label.

Georgia Man, don’t try to beat Florida Man at his own game.

A Georgia deputy police chief landed behind bars after authorities said he was busted in a prostitution sting in Polk County last Thursday.

A “borrowed” undercover DEA cruiser, $180, and a multi-pack of White Claw? If only the hooker had been real, that’s what I’d call a Saturday night.

I take it back, Georgia Man. You keep doing your own thing.

SCORE: Stupid Crime, Drugs/Alcohol, Tourist Who Just Can’t Handle It, WTF Were You Even THINKING? Oh, and a Chutzpah point for showing up in somebody else’s undercover car.
RUNNING TOTAL: 13 FMF Points.

Previously on Florida Man Friday: Do a Little Dance, Fall a Little Down, Get Drunk Tonight

Florida Woman snaps photo of alligator being hauled behind SUV

Winning detail: “She said she had to speed up quite a bit to get close enough to take a photo.”

There isn’t enough to this story to really write it up, but I know exactly how to score it.

SCORE: 1 Chutzpah point to Florida Woman for her mad driving skills, and 3 Awesome Points to Florida Whomever for correctly transporting a large and heavy load.
TOTAL: 17 FMF Points. 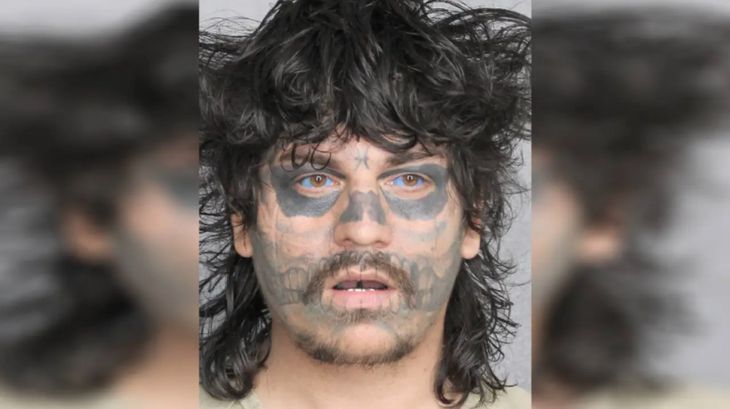 I don’t usually cover the really gruesome stories, so I won’t get into the gory details.

But we do need to talk about Florida Man’s face tattoos.

I can see what he’s going for there with the whole skull look — the blacked-out area on the nose, the similar effect where the eye cavities would be, the exposed teeth.

That’s a lot of effort and pain (and stupid) on display.

So why go and ruin it with facial hair? There’s a trimmed mustache sitting right on top of his upper row of teeth.

I’m so confused but not nearly as confused as Florida Man is.

(You’ll just have to trust me on the scoring unless you want to click the link and see for yourself. I suggest not.)

Five stories, 21 points, and a record-tying average of 4.2 points per story.

Nice job, fellas. Keep it up.

Colorado Man went to an awful lot of trouble to impersonate a cop:

Speaking to CBS Colorado, Adams County Deputy Gilbert Abdulla said he was driving on I-76 when a Dodge Durango with racing stripes caught his attention. The SUV pulled up close to the officer and starting following very closely.

That’s when he saw a strip of LED lights illuminate over the Durango‘s dash. Something about the vehicle got his hackles up, though, and he felt that something was wrong. “This can’t be real” he recalled thinking.

You can probably guess the rest.