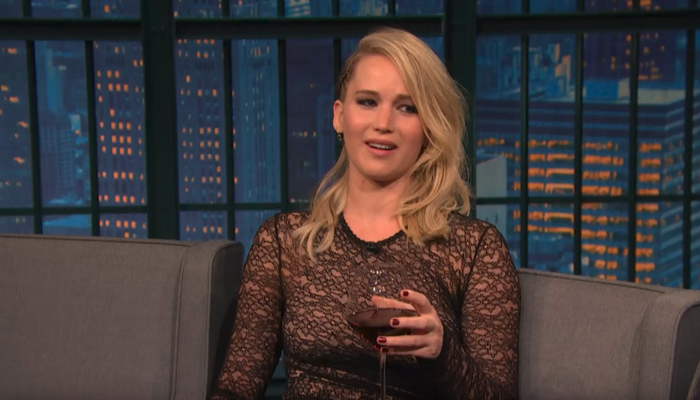 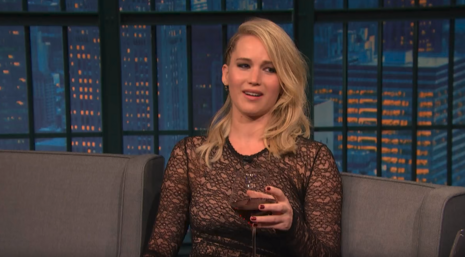 Tucker Carlson is having a hearty laugh over Jennifer Lawrence’s confession she has nightmares about the Fox News host.

Carlson mocked the Oscar winner on Tuesday’s edition of Tucker Carlson Tonight, riffing on Lawrence’s claim that he invades her nightmares.

“When you decide to work in television, you lose control of a lot of things … Foremost, the way other people perceive you. So can it really be your fault, are you really responsible, if major Hollywood starlets dream about you?”

You can’t blame Carlson for leaning into her confession. It’s no laughing matter for the rest of us.

Our president, a leader who vowed to unify the country, just unofficially declared war on half the nation before bumbling through a series of walk backs. 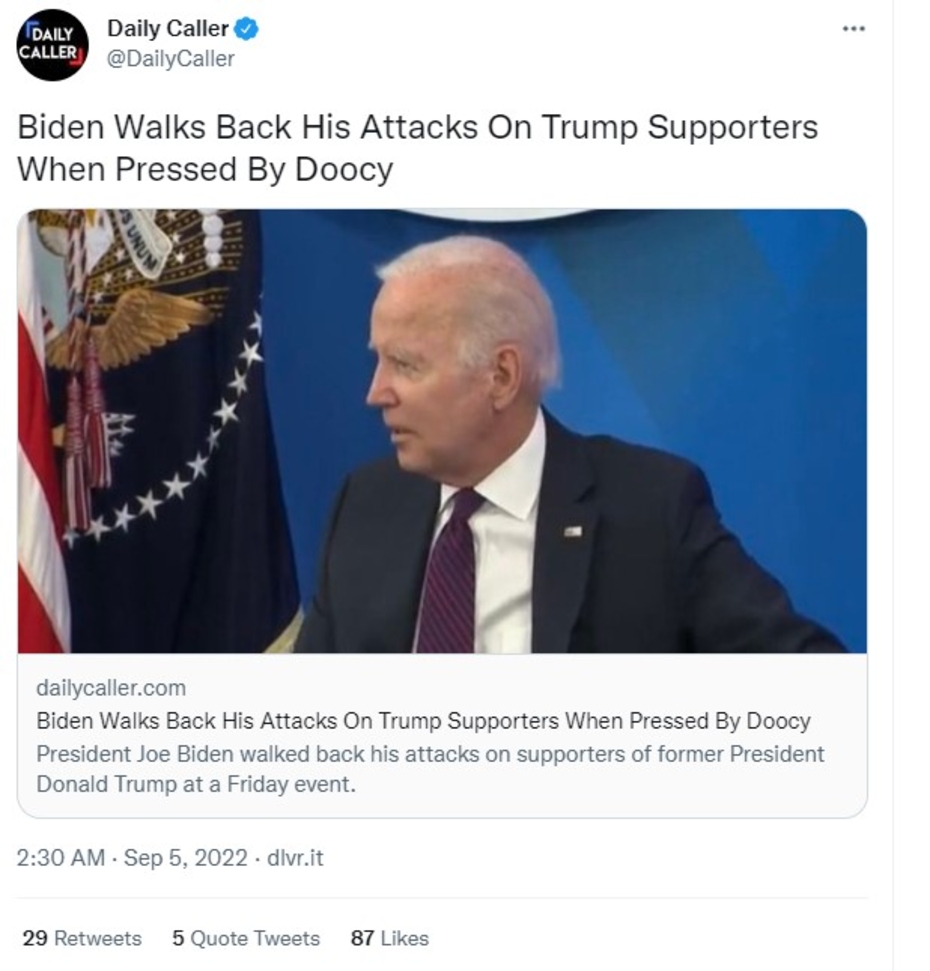 Late-night television is so divisive it abandons jokes to score partisan uppercuts.

Enter Jennifer Lawrence, who just made everything worse.

The Hunger Games star’s new Vogue interview, which got picked up by every media outlet imaginable, finds her dumping gasoline on the culture war fires.

She said the recent overturning of Roe v. Wade, plus a certain Fox News superstar, has her at war with her own family.

“I just worked so hard in the last five years to forgive my dad and my family and try to understand: It’s different. The information they are getting is different. Their life is different.” Lawrence said. “I’ve tried to get over it and I really can’t. I can’t. [Emphasis added] I’m sorry I’m just unleashing, but I can’t f*** with people who aren’t political anymore. You live in the United States of America. You have to be political. It’s too dire. Politics are killing people….”

“I don’t want to disparage my family, but I know that a lot of people are in a similar position with their families. How could you raise a daughter from birth and believe that she doesn’t deserve equality? How?”

You start by having an open conversation with those who disagree with your worldview. Then, you begin reading respectable news sources outside the New York Times/Washington Post axis. Next, you do your level best to have an open mind.

Then, slowly, you learn the information you’re getting is not only different, but some of it may be more propaganda than fact. Start with the media’s dismissal of the Hunter Biden laptop, and then work backward.

Except for all her “hard work” she’s not interested in that.

There’s no reason for Lawrence to get political in a Vogue feature story. The interview is tied to her upcoming Apple TV+ film, Causeway, the first from her own production company. She stars as a soldier transitioning from the battlefield to life in her New Orleans hometown.

Lawrence mentioned politics to gin up support from her fellow progressive stars. It’s a career choice, and arguably a smart one considering the state of the industry.

It still hurts the country, and apparently she doesn’t care.

Conservatives will blast her comments. Liberals will either nod in agreement or think she’s gone too far.

Everyone, though, will acknowledge the obvious. It’s another sign of a country teetering toward a breakup.

Yes, Lawrence is just one celebrity. And no, celebrities can’t stop climate change, gun crimes or other maladies. They can’t even pull off an Oscars ceremony without a physical altercation or getting the Best Picture winner wrong.

They do have bully pulpits, though, and when their interviews go viral the messages reach the masses. For better and worse.

Lawrence’s message is clear. Hate half of the country that doesn’t align with your political party, even if they’re your own flesh and blood.

It’s an awful, terrible no good memo delivered by a talented actress who should otherwise be happy with her life. She’s a new mama with an A-list career and all the wealth celebrity can offer.

And, at 32, she has decades of screen excellence in front of her.

Yet a Fox News personality invades her dreams, and she’s so intolerant she can’t share empathy with her family.

Where does that leave the rest of us?

Biden personally thanks Coast Guard hurricane hero who will be fired in a matter of days because of president’s vaccine policy
Man says he was paid $21,000 for trading in 3D-printed guns at government buyback event, New York attorney general responds
Joy Reid Tweet-Smears DeSantis As a ‘Segregationist’ for Anti-Looting Remark
FLASHBACK: 3 Paul Krugman Rules for ‘Bidenomics’ That Self-Destructed in 2022
Americans shun fake meat due to high prices and its link to “wokeism”