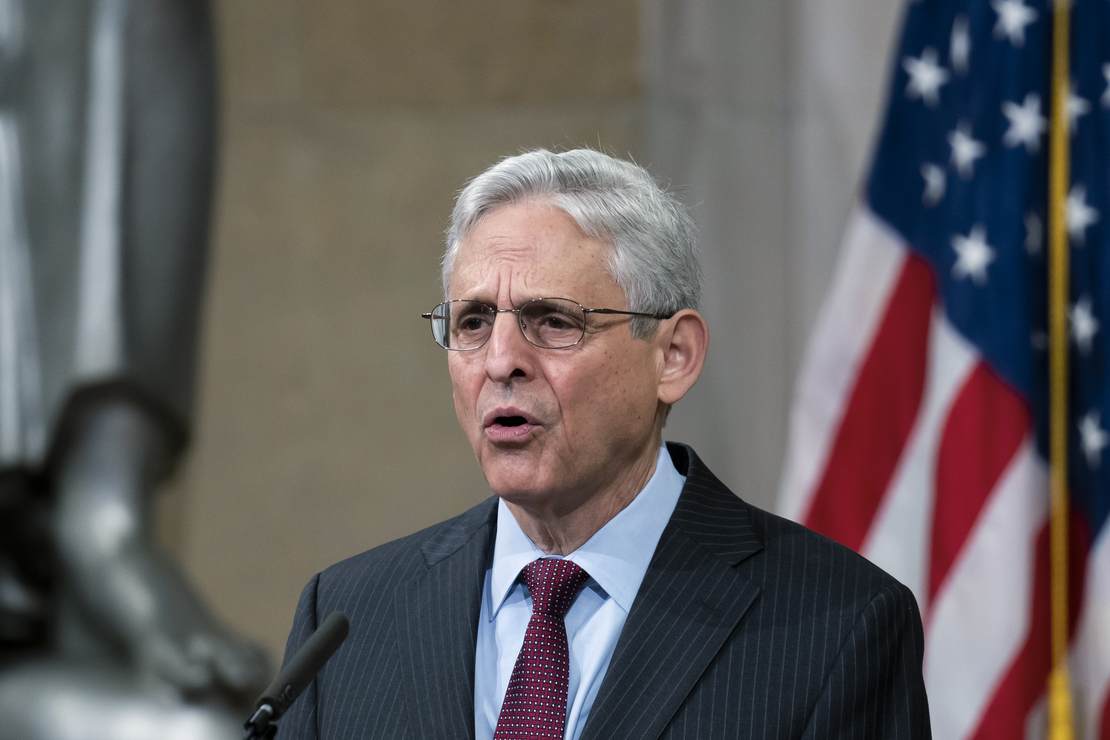 The politicization of various prosecutorial positions on both state and federal levels, along with the fact that there is no consequence for doing so, has reached an intolerable level. If America is blessed with a serious Republican congress after the midterm elections, the new legislators must add yet another chore to their towering to-do list: they must pass a new law that clearly spells out the crime of malicious, politicized prosecution and specifies meaningful penalties for doing it.

Leftist prosecutorial abuses are nothing new — remember Republican House Majority Leader Tom DeLay, whom a Democrat DA in Travis County, Texas, indicted out of office on flimsy campaign finance accusations? Or how Sarah Palin was forced out of the Alaska governor’s office because she didn’t want to bankrupt her family by defending against endless nuisance lawsuits? It’s shockingly unethical to abuse the legal system as a means of defeating one’s political enemies, but lawfare is also an effective tactic and there is almost never a penalty for doing it. Thus, it has become a favorite street-fighter tactic of militant leftwing operatives.

Democrats truly elevated the tactic to historic, systemic levels beginning when Donald Trump rode down the golden escalator to announce his candidacy for president in 2015. The next thing we knew, the White House, the DOJ, and the FBI were spying on an opposition candidate. This, in the country where Watergate was The Worst Thing That Ever Happened. Yet the all-out effort to Get Trump! famously spiraled into Russiagate — and more politicized investigative and prosecutorial abuse than had previously been imaginable in the United States of America.

But worst of all, none of the people who did this suffered any consequences. In a column at Just the News, Aaron Kliegman noted some of the impunity:

Former FBI attorney Kevin Clinesmith was the only one convicted of a crime. In 2020, he pleaded guilty to making a false statement after he altered the language of an email about Page while preparing an application for a warrant under the Foreign Intelligence Surveillance Act to place him under federal surveillance.…

Still, despite the guilty plea, Clinesmith received no prison time and even retained his law license. Instead, he received 12 months of probation and 400 hours of community service. Since the end of last year, he’s been able to resume practicing law.

Meanwhile, many of the most high-profile players in the Russia investigation are enjoying prominent positions in media and academia while raking in dollars from speaking fees and book deals.

Andrew McCabe, Comey’s No. 2 at the FBI and, later, acting director of the bureau during the Russia probe, has also enjoyed post-government rewards, becoming a CNN contributor, bestselling author, and visiting professor at George Mason University.…

Former FBI agent Peter Strzok was another senior FBI official involved in the Trump-Russia probe. He’s currently an adjunct professor at the Georgetown School of Foreign Service and a New York Times and Washington Post bestselling author for his book on his time running the FBI’s probe into Trump as head of the counterintelligence division.…

There’s more, but you get the gist.

With no consequences, is it any surprise Democrats are escalating their political abuses almost daily at this point?

On Friday, Steve Bannon appeared on the Charlie Kirk Show to talk about his recent arrest on specious charges and broke the news that the FBI had just raided at least 35 top Trump supporters. Becker News reported the interview:

“There were 35 senior members of MAGA Republicans, supporters of Donald Trump, that were rolled. You know, the FBI rolled in on. Right? When they didn’t need to do it.”

“Remember, all these people have lawyers,” Bannon went on. “All their lawyers are very well known. No, that jackbooted gestapo has got to show up at their door and and make a big display of this. So, there’s so much going on that so many people don’t even know, at so many levels on Trump, people in bankruptcy, trying to de platform them.”…

“They’re from the capitol siege section of the United States Department of Justice’s DC office,” Dhillon went on. “And they ask for broad categories of documents. They ask for all communications dating from a month before the election until a month, two months after the election. And they ask for all communications regarding dozens of people and the categories are alternate electors fundraising around irregularities around the election, and also a rally that happened before the January 6th situation at the capitol.”

“So the Save America rally that happened,” she added. “And so basically most of this activity, if not all of it is protected by the First Amendment and the United States Department of Justice is telling reporters about these search warrants and subpoenas before they’re executed. There’s no other explanation for this. And I think the reason for this is to instill fear into Donald Trump’s supporters and into those who would challenge election irregularities right before an upcoming election, Tucker.”

“So this is really outrageous abuse by the DOJ, and it is illegal for the DOJ to leak this information to the media. Tucker,” Dhillon said.

The Democrats’ abuse of authority to suppress and destroy their political opponents is unprecedented, unAmerican, and quite frankly, terrifying. A new Republican Congress must address this extremely dangerous situation immediately by passing a new law that criminalizes this behavior.

The law could be named for forty-fifth President Donald Trump because he is the most persecuted politician in our lifetimes. Trump — along with anyone who ever gave him the time of day — is relentlessly pursued by hyper-partisan attorneys general, three-letter agencies, and prosecutors who think nothing of blowing through countless taxpayer dollars in their quest to destroy Orange Man Bad. TRUMP might even be a serviceable acronym: An act To Remedy Unethical Malice and Politicization, or something similar.

The TRUMP Act must first address the criminal aspect of the abuse. Prosecutorial discretion was once an intrinsic feature of American justice, but it no longer can be.  The U.S. Constitution requires “sufficient virtue among men for self-government,” wrote James Madison; otherwise, “nothing less than the chains of despotism can restrain them from destroying and devouring one another.” Sadly, we must now set hard and fast rules to prevent virtue-deficient Democrats from destroying and devouring their political foes. Lengthy prison terms and heavy fines are appropriate sentences for those convicted of abusing their power and betraying the trust the American people placed in them by handing them authority.

The Act must have a civil component as well. People who have nothing to lose have no reason to behave. Therefore, prosecutors must have some skin in the game.

We’ve all heard the expression, “The process is the punishment.” The families of the Duke Lacrosse players — young white men who belonged to an Ivy League fraternity, a perennial target of the Left — had to shell out $3 million to defend their sons against Durham County, N.C. DA Mike Nifong’s politically corrupt persecution. Or consider the plight of retired Gen. Mike Flynn, who lost his home during the course of his maltreatment by the Russia collusion hoaxers. Not to mention the untold sum of personal fortune Trump himself has spent, is still paying, and will probably pay for the rest of his life to fight this evil.

It is exceedingly unfair that partisan prosecutors can maliciously torment political enemies with the bottomless funds of the American taxpayer, terrorizing and impoverishing their targets and their families. The TRUMP Act must revoke indemnity in these cases, placing the antagonist in personal jeopardy by making him/her liable for damages incurred by his/her victim.

Nor should there be limitless taxpayer money for politicized prosecutions without there also being taxpayer money to make victims whole again. Whatever cannot be recovered from the convicted tormentor’s personal worth must be repaid to the victim by the state that harmed him or her.

Ethical considerations, precedent, and fair play used to be adequate guardrails against the politicization of the American justice system. This is clearly no longer the case, which sadly necessitates Congressional codification of a remedy for the rampant and dangerous abuse of government power against the political opposition of the party in power.