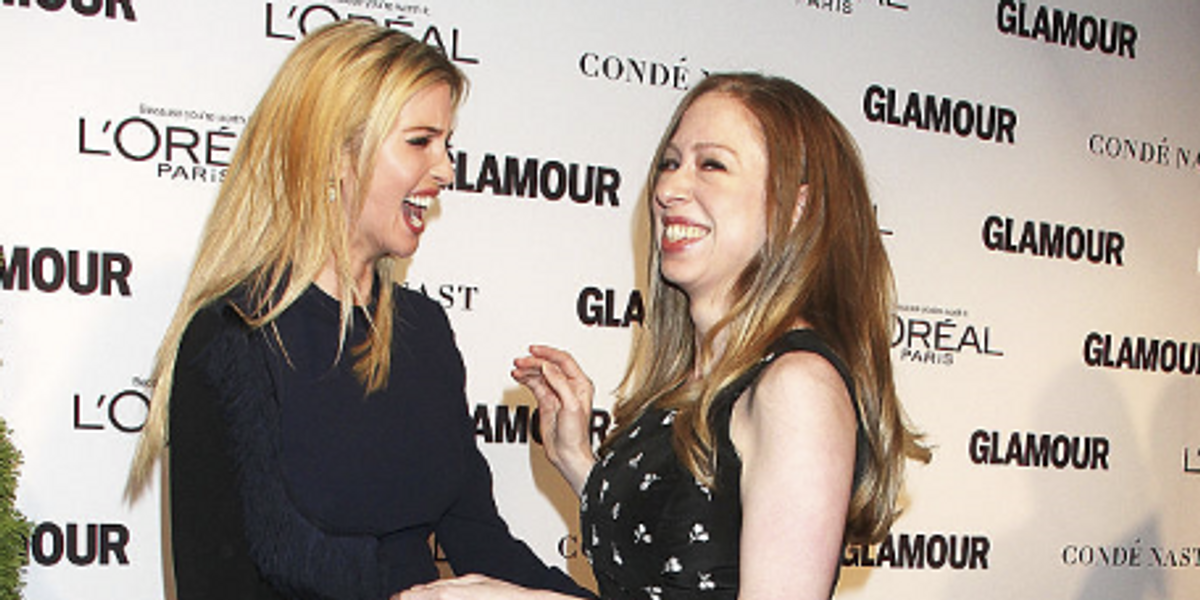 Up until the 2016 presidential election, Chelsea Clinton and Ivanka Trump were friends. However, having their parents battle to be elected the president of the United States caused their friendship to sour. Chelsea said she ended the relationship because Ivanka was “complicit” with her father “trafficking in racism and sexism and anti-Semitism and Islamophobia and homophobia and transphobia.”

In a recent episode of “Watch What Happens Live,” Hillary and Chelsea Clinton appeared on the Bravo TV show.

In Jared Kushner’s book, he claimed that newly-elected Trump requested Ivanka to set up a meeting with Hillary and Bill Clinton through her former friend Chelsea. Kushner said the meeting was to “convey that Trump had no intention of looking backward and hoped to have a cordial relationship with Hillary to unite the country,” according to The Hill.

In his memoir “Breaking History,” Kushner said his father-in-law “genuinely wanted to help the country unite” before he entered the White House.

Chelsea said that the last time she spoke to Ivanka was in November 2016, right after Donald Trump won the election. However, she said she “does not recall” Ivanka inviting her family to dinner.

Host Andy Cohen asked Chelsea about her friendship with Ivanka.

“I would say we were friends,” Clinton replied.

“She’s not the person I called when I was curious about something for my kids or if I was debating a life decision, but we were definitely friends,” Chelsea added, before slamming Ivanka, “And then she went to the dark side.”

u201c.@ChelseaClinton on Ivanka Trump: “We were definitely friends and then she went to the dark side.” #WWHLu201d

In a 2020 appearance on “Watch What Happens Live,” Chelsea Clinton explained why she ended her friendship with Ivanka.

“I have no interest in being friends with someone who is not only complicit but actively taking part in this administration’s everyday collision of cruelty and incompetence,” she said of Ivanka and her father’s administration.

Chelsea continued by attacking Donald Trump, “We were in touch at the beginning of the campaign, but it’s just really hard when there’s someone who’s actively embracing their candidate, whether it’s their father or not, who is trafficking in racism and sexism and anti-Semitism and Islamophobia and homophobia and transphobia and conspiracy theories and lies and is so fundamentally corrupt.”

“I don’t think [Ivanka and Donald Trump] are the same by any standard,” Chelsea said. “But I think she’s more than complicit.”

Chelsea Clinton concluded, “I don’t want to be friends with someone like that.”