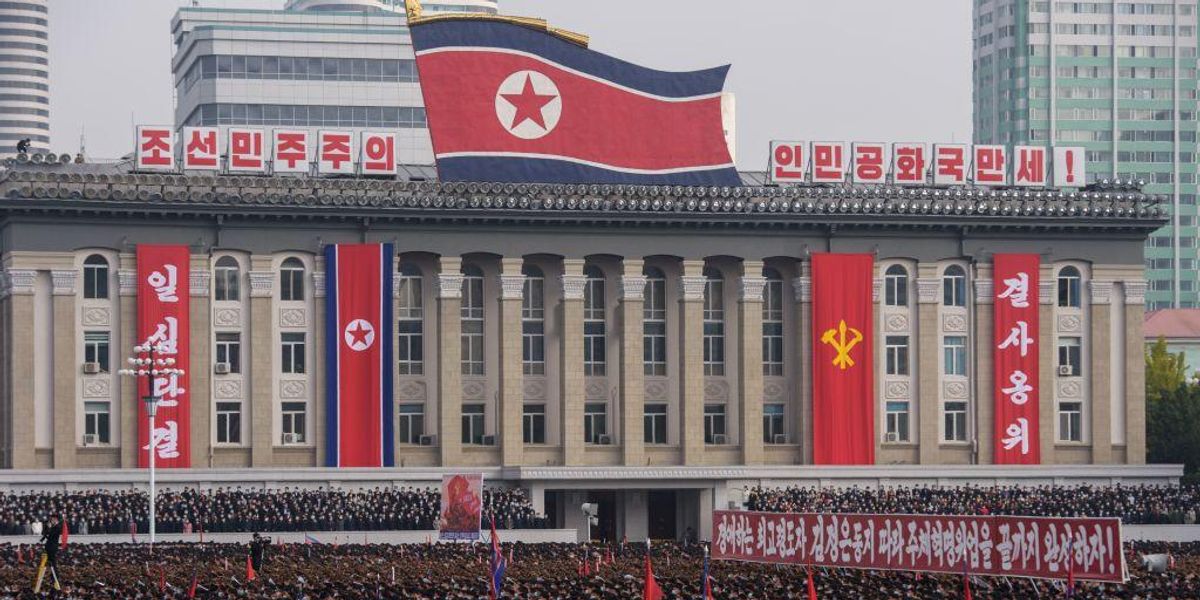 The law authorizes the North Korean military to use nuclear weapons “automatically and immediately” in case of an imminent attack against its leadership or “important strategic objects,” reports The Washington Post.

North Korean leader Kim Jong-un said this law also makes his country’s nuclear status “irreversible” and bars any talks of denuclearization. “The utmost significance of legislating nuclear weapons policy is to draw an irretrievable line so that there can be no bargaining over our nuclear weapons,” Kim told the country’s titular parliament.

Kim also shrugged off western sanctions. “Let them sanction us for 100 days, 1,000 days, 10 years or 100 years,” he said. “We will never give up our rights to self-defense that preserves our country’s existence and the safety of our people just to temporarily ease the difficulties we are experiencing now.”

The new legislation serves as a replacement to a 2013 law that first outlined North Korea’s nuclear status. The 2013 law stipulated that North Korea could use nuclear weapons to “repel invasion or attack from a hostile nuclear state and make retaliatory strikes,” writes The Guardian.

Prior to this new law, the United Nations was already warning about serious concerns it had with North Korea’s nuclear program. The International Atomic Energy Agency, the U.N.’s nuclear watchdog, noted earlier this week that North Korea was in the process of expanding key facilities at its main nuclear site. “The reopening of the nuclear test site is deeply troubling,” the agency said in a summary of its findings.

This news comes in the wake of reports that Russia has been buying weapons from North Korea to help fuel its invasion of Ukraine.

North Korea conducted its first nuclear test in 2006, and now has the capability of delivering warheads to the U.S. mainland, notes The Washington Post. South Korean and U.S. officials believe that North Korea could soon resume nuclear tests for the first time since 2017.

The U.S. will continue to coordinate with allies for “the complete denuclearization of the Korean Peninsula,” stated a National Security Council spokesperson.