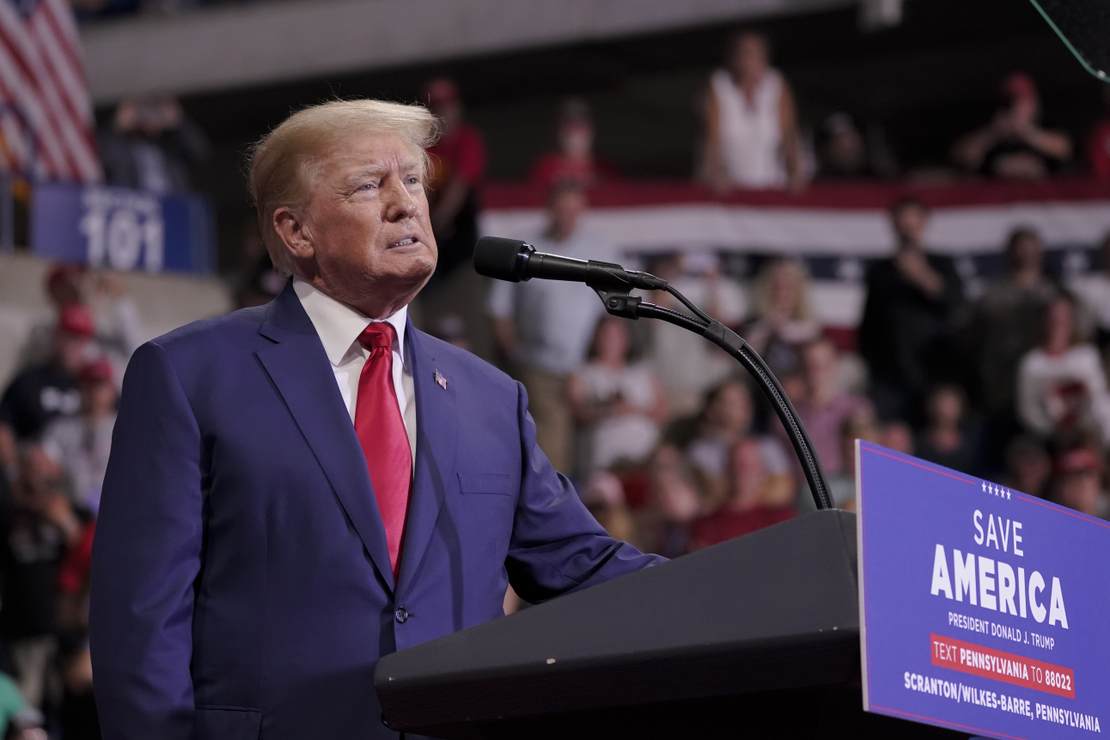 But Trump can beat Biden at his own game.

Charging Trump over storing classified documents that the former president had previously declassified is a considerable risk. Still, Trump leads Biden in a majority of 2024 match-up polls and is, therefore, a threat the left can’t risk not stopping.

Last week, The New York Times speculated that not only are criminal charges coming against Trump but that the Department of Justice will likely hold off on making their move until after the midterm elections.

“As the midterm elections near, top Justice Department officials are weighing whether to temporarily scale back work in criminal investigations involving former President Donald J. Trump because of an unwritten rule forbidding overt actions that could improperly influence the vote, according to people briefed on the discussions,” the paper reported.

As of Monday, Election Day is 57 days away.

“Under what is known as the 60-day rule, the department has traditionally avoided taking any steps in the run-up to an election that could affect how people vote, out of caution that such moves could be interpreted as abusing its power to manipulate American democracy.”

But there’s an interesting twist here. Jack Goldsmith, a Harvard Law School professor and former head of the Justice Department’s Office of Legal Counsel, told The New York Times that the 60-day rule is an “unwritten rule of uncertain scope” and that “it’s not at all clear that it applies to taking investigative steps against a noncandidate former president who is nevertheless intimately involved in the November election.”

Several Republican candidates have benefited from Trump’s endorsement, and if the DOJ went forward with criminal charges, it could jeopardize their campaigns.

“But its purpose of avoiding any significant impact on an election seems to be implicated,” Goldsmith added.

PJ Media’s Athena Thorne predicted last month that the Biden administration would arrest Trump. Now more than ever, it looks like this will be Joe Biden’s Hail Mary effort to thwart Trump’s 2024 campaign. It doesn’t matter that the charges would be bogus. They want to taint Trump before 2024 and get him tangled up in a legal battle that would make it impossible for him to simultaneously run for president.

So, what can Trump do about this? That’s easy. He needs to officially announce his candidacy for president right after the midterms.

Suppose it’s true that the DOJ is conscious of the optics of making a move that could influence the midterm elections. In that case, they are also aware of the optics of criminally charging a current presidential candidate (and former president) who previously faced off against Biden and may do so again.

Meanwhile, Biden reportedly believes he is the only candidate who can beat Trump. This means that the moment Trump makes his candidacy official, he forces Biden’s hand to run again in 2024 rather than retire. This would put the Department of Justice in a potentially hazardous situation. If Trump officially becomes a candidate, any move against him will look like a blatant weaponization of the Department of Justice — particularly to the ever-so-important independent voters.