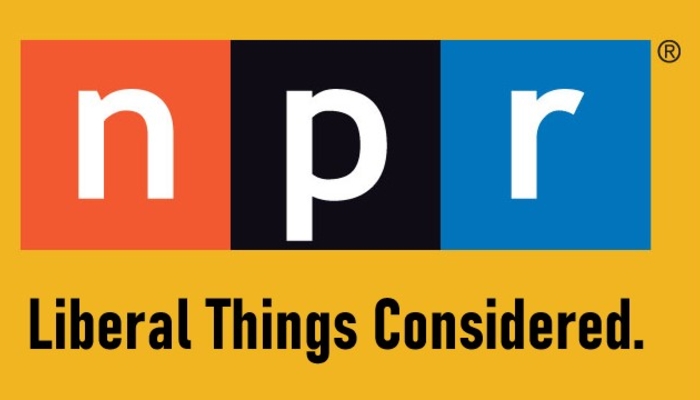 On the terribly titled All Things Considered on Saturday night, NPR weekend anchor Michel Martin explored threats to journalists and journalism with liberal Washington Post columnist Margaret Sullivan, who just left the paper. They began with the killing of Las Vegas Review-Journal reporter Jeff German by a Democrat…and they never mentioned the Democrat part.

Martin could explain “Clark County Public Administrator Robert Telles was arrested on suspicion of murdering German. Now, the authorities have not provided a specific motive, but German had previously reported on mismanagement and a hostile work environment in Telles’s office. Telles denied the accusations and went after German on social media.” But she couldn’t identify Telles by party.

Instead, Martin alluded instead to “the prior American president” as a violent threat to journalism:

MARTIN: Ahead of one of German’s stories on Telles’s office, he wrote on social media, quote, “looking forward to lying smear piece No. 4 by Jeff German.” Now, I bring this up because that kind of harassment of journalists is something that I think many people began to see in earnest during the campaign of the prior American president and certainly during his tenure – you know, reporters being doxxed, reporters having their personal information being made public, where their children go to school, you know, etc.

She didn’t mention where Washington Post reporters are doing the doxxing!

Sullivan also implied this would come from angry parents at school board meetings, they’re assuming that means conservatives: “threats and intimidation of journalists is on the rise so that, you know, a local TV crew who goes out to cover a school board meeting – it would not be unusual these days for them to be bullied, intimidated, yelled at. This is something new and something that’s on the rise and extremely disturbing.”

Martin ended the interview by noting Sullivan has a new book coming out on journalism and asked “What would you like to see happen next?” Sullivan gave the liberal answer, that there’s too much “both-sidesing,” which isn’t “pro-democracy.”

SULLIVAN: Well, I think that journalists need to have a pro-democracy mindset. And that’s – you know, when they do have that, that kind of keeps them from doing some of the things that we have tended to do over time, you know, when we’re covering campaigns, to turn it into horse-race coverage instead of covering the issues, to do this kind of sort of nickname for it is both sides-ing, where rather than seeking the truth, we take unequal things straight down the middle. And, you know, all of those things can get put in their proper place or a more proper place if we think of ourselves as having a public-spirited function and being there to serve the democracy, which is really what the founders protected when they protected the press.

Sullivan was brought on to elaborate (and not debate with anyone) on this liberal notion that the media is too unbiased. In other words, trying to make sure all things were considered is not “public-spirited” and doesn’t “serve the democracy.” They call it “public radio” and exclude the conservative side of democracy.