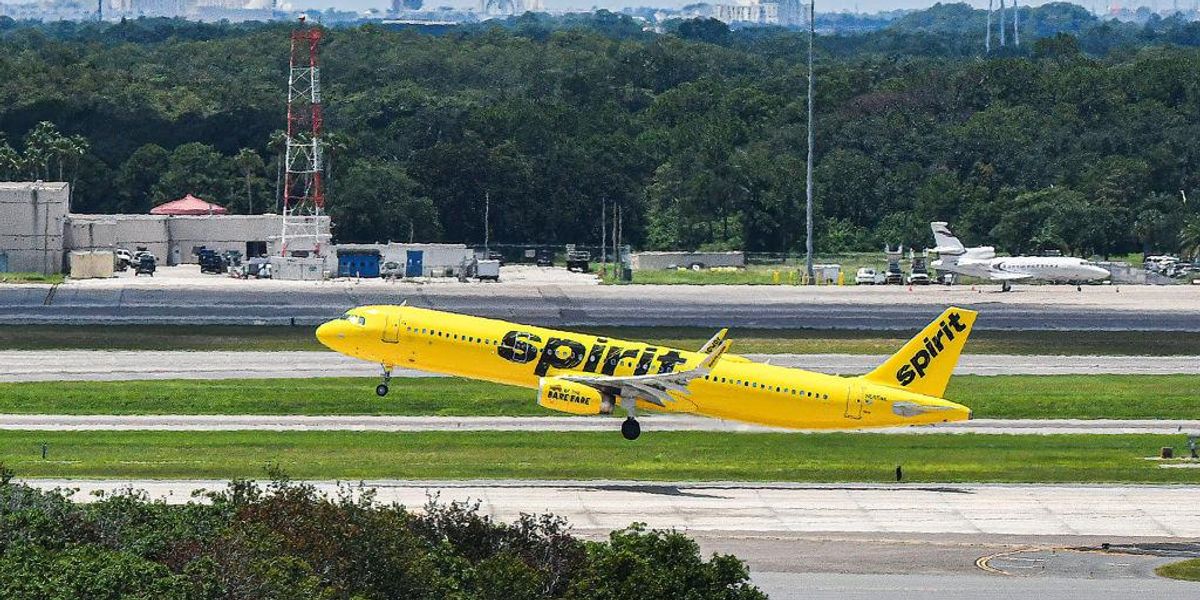 A nurse is being hailed as a hero after she saved a 3-month-old baby who had stopped breathing during a flight from Pittsburgh to Orlando.

Tamara Panzino, who has been a nurse for over 20 years, was a passenger on the Spirit Airlines when the child suddenly became unresponsive about 30 minutes after takeoff, Orlando’s FOX 35 reports.

“On my flight back from Pittsburgh to Orlando, a baby stopped breathing three rows ahead of me. Thankfully a nurse [Panzino] was able to get the baby to breathe again,” tweeted FOX 35 meteorologist Ian Cassette, who was on board the flight.

When the baby became unresponsive, Panzino jumped into action and started massaging the baby’s chest and legs. Soon after, the baby began breathing again.

“The parents of three-month-old Anjelé were terrified and had never experienced this before. They praised the positive energy of the plane and the heroic actions of Tamara for saving her,” Cassette tweeted after speaking with the parents. The meteorologist added that the flight crew “should be commended” for their quick action.

“When you have to step forward and do what’s right, you do it. It was just a happy story, and it made me feel really good,” said Panzino.

The cause of the infant’s respiratory issues is not publicly known at this time.

The flight did not have to make an emergency landing and arrived in Orlando ahead of schedule, according to FlightRadar 24.

“We thank our crew and Guest for the quick response,” a representative for Spirit Airlines said in a statement. “Our Flight Attendants are trained to respond to medical emergencies onboard and utilize several resources, including communicating with our designated on-call medical professionals on the ground, using onboard medical kits, and receiving assistance from credentialed medical professionals traveling on the flight.”