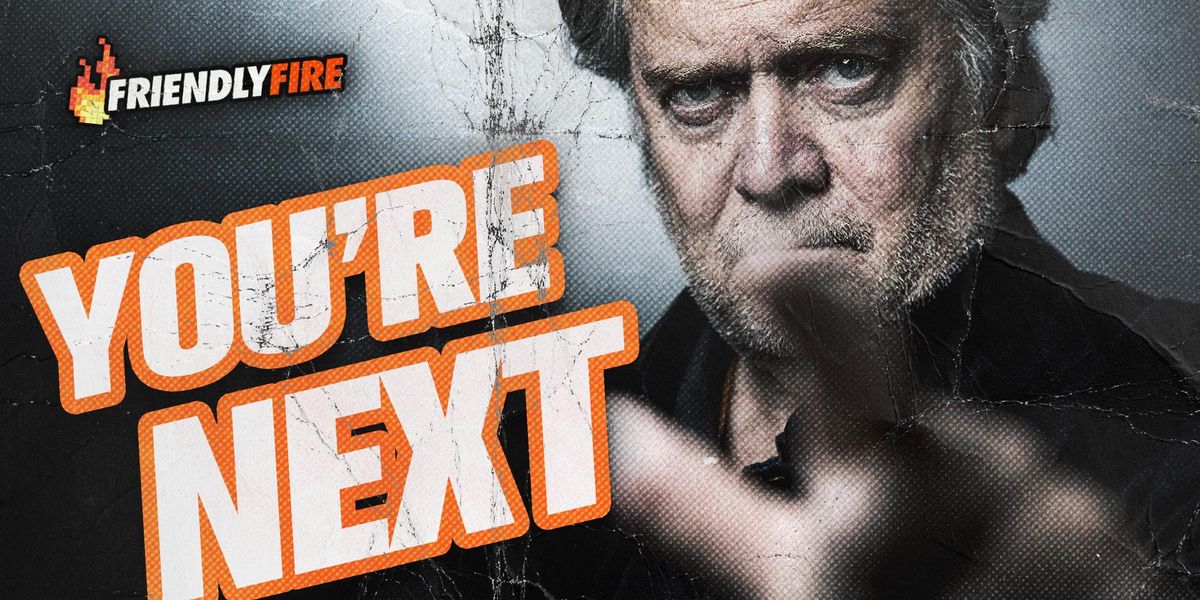 Former Trump advisor Steve Bannon was indicted on money laundering and conspiracy charges in connection to his role in the “We Build the Wall” organization.

Jason Whitlock and former Minnesota congressional candidate Royce White speculated about why Bannon has been an ongoing target and what his arrest means for the country in the future.

Whitlock explained that Trump supporters, including Bannon, who was one of the early architects of Trump’s success, have been defined by the Biden administration as the worst people on the planet. He added that Black Lives Matter and radical LGBTQ activists imposed chaos on American communities over the years and go unpunished.

Jason concludes that Bannon is dangerous to America because the Biden administration wanted to send a message to MAGA Americans to back away from Trump.

Listen to the podcast here.

To enjoy more fearless conversations at the crossroads of culture, faith, sports, and comedy with Jason Whitlock and Uncle Jimmy, subscribe to BlazeTV — the largest multi-platform network of voices who love America, defend the Constitution, and live the American dream.

Where are American Feminists During the Biggest Women’s Rights Protests Ever in the Muslim World?
Column: Saint Anita Hill Fights ‘Gender Violence’
Top vaccine expert with FDA and NIH warns healthy young people not to get COVID-19 booster: ‘There’s not clear evidence of benefit’ versus risk
Liberal Journalist Thinks The Constitution Must Be Rewritten To Stop Donald Trump
Witness at congressional hearing claims ‘men can have pregnancies, especially trans men’