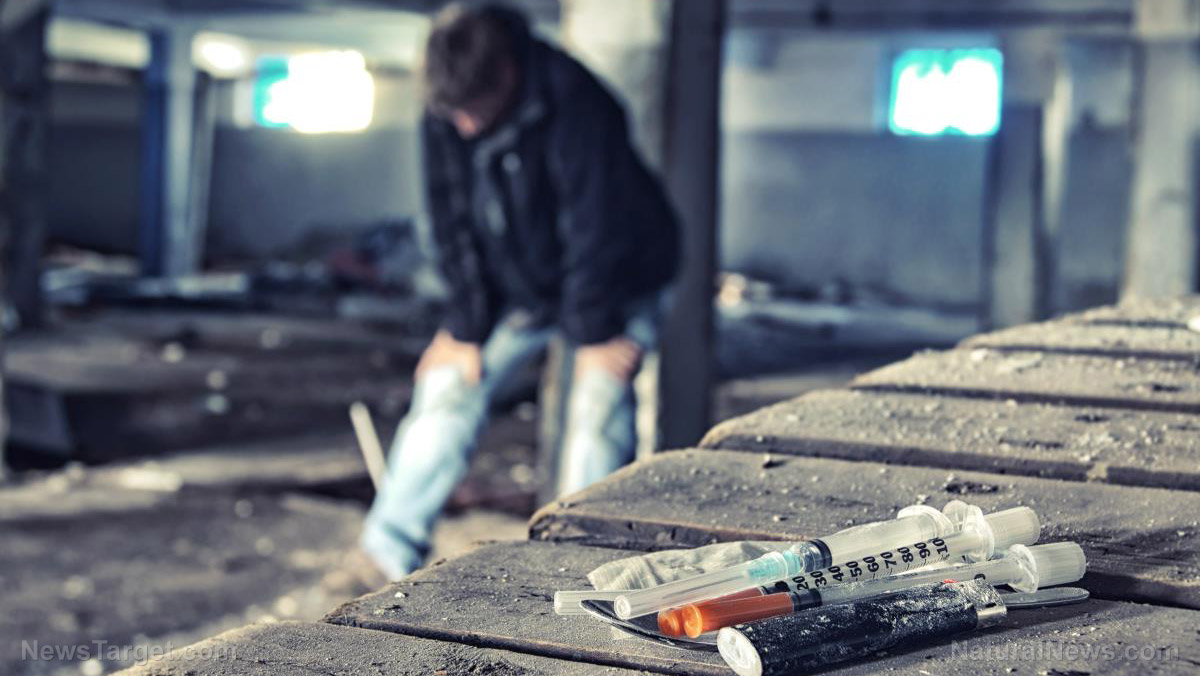 (Natural News)
The United States National Institutes of Health (NIH) has announced the rollout of a new program in rural Kentucky that will make drug use supplies available to the public in vending machines.

Widespread drug abuse throughout the rural south reportedly prompted the Biden regime to invest $3.6 million on the vending machines – or what it is calling “harm reduction kiosks” – which are to be placed all throughout the Appalachia region of the state.

The kiosks, we are told, will contain “injection equipment, naloxone, fentanyl test strips, hygiene kits, condoms, and other supplies.” Drug users who use the machines will not be required to interact with a health professional before doing so, which the NIH says will help reduce the “stigma” associated with visiting an in-person harm reduction facility.

In an August 31 announcement, the Biden regime explained that the action is being taken “to address addiction and the overdose epidemic.” The goal, it says, is to stop waging war on drugs and drug users, and instead focus on a different approach.

The University of Kentucky is largely behind the initiative, having conducted a study on the idea of creating legalized injection sites to help drug abusers avoid sharing needles and engaging in other high-risk behaviors.

Harm reduction vending machines are already popular in our neighbor to the north, Canada. They also exist in Australia and other countries, and some U.S. states, including New York, Rhode Island, Ohio, and Nevada, are considering installing them as well.

As you may recall, the Biden regime also attempted to set up a $30 million harm reduction grant program that involved the widespread distribution of crack pipes. Political pushback “derailed” that effort, according to The New York Times.

The National Institute on Drug Abuse (NIDA), the division of the NIH that is heading up the program, announced that in addition to providing drug paraphernalia, the vending machines will also include “food kits, water, socks and gloves, feminine hygiene products, wound care, and resources / guides.”

The resources and guides, we are told, aim to help drug abusers find help to eventually overcome their drug addiction, rather than face prolonged jail time without rehabilitation as is currently the norm in places where prohibition laws are strictly enforced.

There are a lot of factors that have contributed to America’s drug problem, one of the biggest being Big Pharma. For many decades, the pharmaceutical industry has been drugging people with addictive substances bearing rubber-stamp approval from the government, creating addicts who then, in many cases, end up on a downward spiral in life.

The opioid crisis is a prominent example of this. Big Pharma criminally flooded the country with opioids, creating a nationwide epidemic of abusers, and many of those abusers ended up moving on to heroin after opioids became much harder to get following crackdowns.

Prohibition of natural substances that the government falsely classifies as “drugs” is another factor that correlates with high rates of heavy drug abuse. Places where the government takes a more rehabilitative approach tend to not have as many drug problems as places where criminalization is heavily enforced.

In Portugal, for instance, where all drugs were decriminalized back in 2000, drug death rates are among the lowest in the entire European Union.

“In the first five years after the reforms, drug deaths dropped dramatically,” says the Transform Drug Policy Foundation. “They rose slightly in the following years, before returning to 2005 levels in 2011, with only 10 drug overdose deaths recorded in that year.”

One of the biggest problems plaguing the country right now, and specifically the South, is opioid abuse. You can learn more about this at Opioids.news.