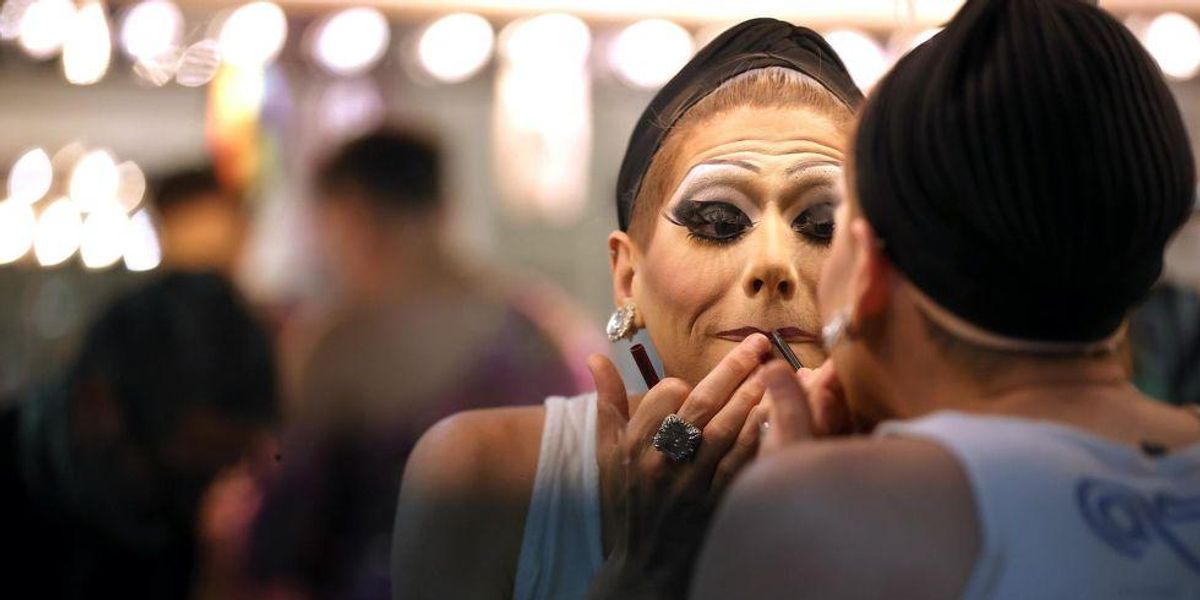 A PrideFest event in Joliet, Illinois, advertised for children to bring dollar bills to “tip the performers” at an all ages drag show.

A screenshot of the advertisement was posted to Twitter by the popular social media account Libs of TikTok. Followers of the account immediately responded with scorn for the event planned for September 17.

u201cJoliet, IL is having a pride fest sponsored by elected officials. They encourage kids to u201cbring your dollar billsu201d so they can hand tips to the drag queens during the all ages drag showu201d

The group appeared to delete the post from Facebook and replace it with a different version that didn’t include the text about bringing dollar bills.

In April, the group organized an LGBTQ prom for high schoolers and included a drag show at that event as well.

The EventBrite invitation for the event showed the “Family Friendly Drag Show” was still scheduled for 5 to 7:30 p.m. while the “PrideFest AfterDark Leather and Lace” show was scheduled to start only half an hour later.

The Libs of TikTok account has exposed countless inappropriate drag shows and other extreme posts by members of the far left on social media. As a result, the account has been targeted by the news media and big tech companies, but it has been able to keep its online presence.

On Monday, the account was able to shut down a drag show promoted as a “Back to School” event for children in the city of Pocatello in southeast Idaho. The Southeastern-Idaho Pride posted on its Facebook page that it cancelled the show for security reasons.

“The event as planned was a G rated theatrical review, by all 18+ performers,” their post read. “However, due to the misinterpretation of marketing materials, and to mitigate the harm to our LGBTQ+ community, we feel it is best to not proceed with this performance.”

[embedded content]
Are YOU okay with THIS? Baseball players SHUNNED over pride refusal while kids dance at drag bar

25 FBI agents with guns drawn reportedly raid pro-life activist’s home to the horror of his family; he faces 11 years for pushing a man outside an abortion clinic
Michigan man who shot elderly pro-life canvasser claims she was arguing with his wife and shooting was an ‘accident’
Study reveals hiring bias at US universities; most professors come from small number of programs
Where are American Feminists During the Biggest Women’s Rights Protests Ever in the Muslim World?
ANALYSIS: Nord Stream Pipelines Sabotaged, and Only One Country Benefits