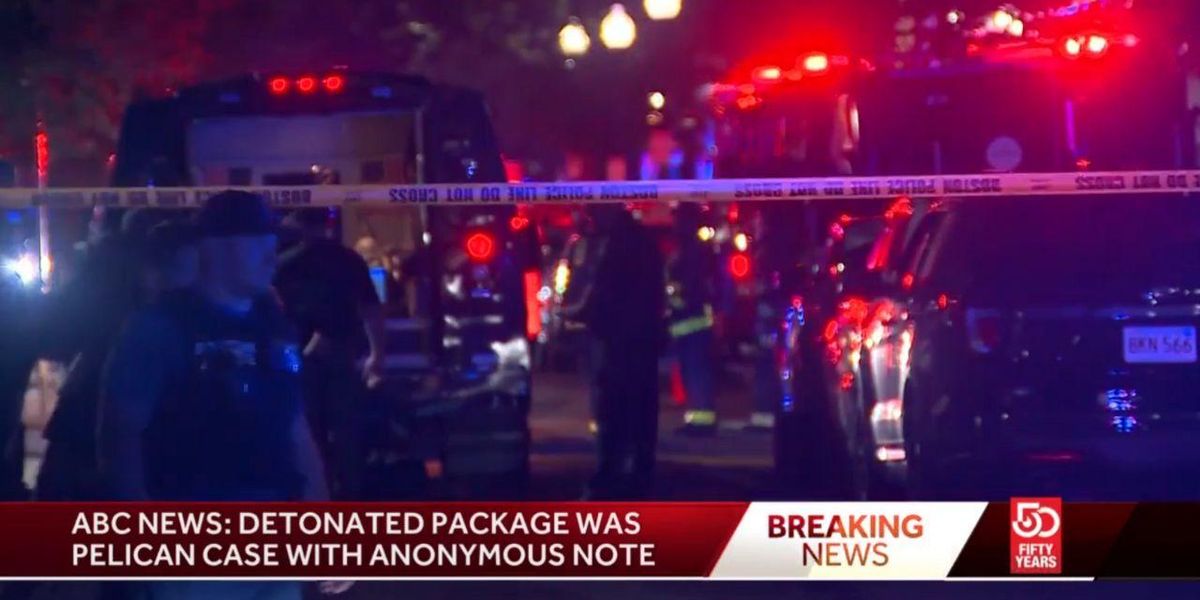 Last night, a package delivered to Northeastern University in Boston blew up when a faculty member opened it. Another similar package was discovered near the Museum of Fine Arts and ultimately declared safe by the city’s bomb squad.

Around 7 p.m. Tuesday, a suspicious package was delivered to Holmes Hall at Northeastern University, a private research school. WBTS-CD reported that the 45-year-old male employee who opened the package sustained minor hand injuries due to the detonation.

Boston’s WCVB-TV said the package was a pressurized Pelican-type case that did not actually contain explosives. It stated that an anonymous note was found that allegedly mentioned virtual reality and Facebook and warned against working with Mark Zuckerberg.

The employee who opened the case was identified as a manager at the university’s virtual reality lab, the news organization reported.

As a result of the detonation, journalism students were evacuated from Holmes Hall last night as the FBI assisted local law enforcement with the investigation.

A reporter for WCVB-TV, Mike Beaudet, was teaching a class at the university at the time of the incident when authorities asked his class to move outside. The reporter stated that he nor his students heard the explosion.

According to the school, no students were injured.

Harvard University and Massachusetts Institute of Technology responded to the incident by announcing they would increase patrol and asked the community to report suspicious activity.

A second similar package was reported to police near the city’s Museum of Fine Arts. Boston Police Department’s bomb squad determined that the package was trash and not a hazard.

Boston Mayor Michelle Wu said, “We want to make sure to emphasize that this is of the utmost priority, the safety and well-being of all of our young people here.”

Last evening, the school reported that the incident was contained and the campus secured. Classes resumed on Wednesday morning.

“It’s very important to note that our campus is secure and we will maintain a secure campus in perpetuity,” said Northeastern University police Chief Michael Davis.

“We’re monitoring the situation at Northeastern and we’re ready to work with the university and our law enforcement partners on any prosecutions that may develop,” said Suffolk County district attorney Kevin Hayden.

At this time, no arrests have been announced in connection to the detonation. The investigation by the Northeastern police and FBI Boston is ongoing.