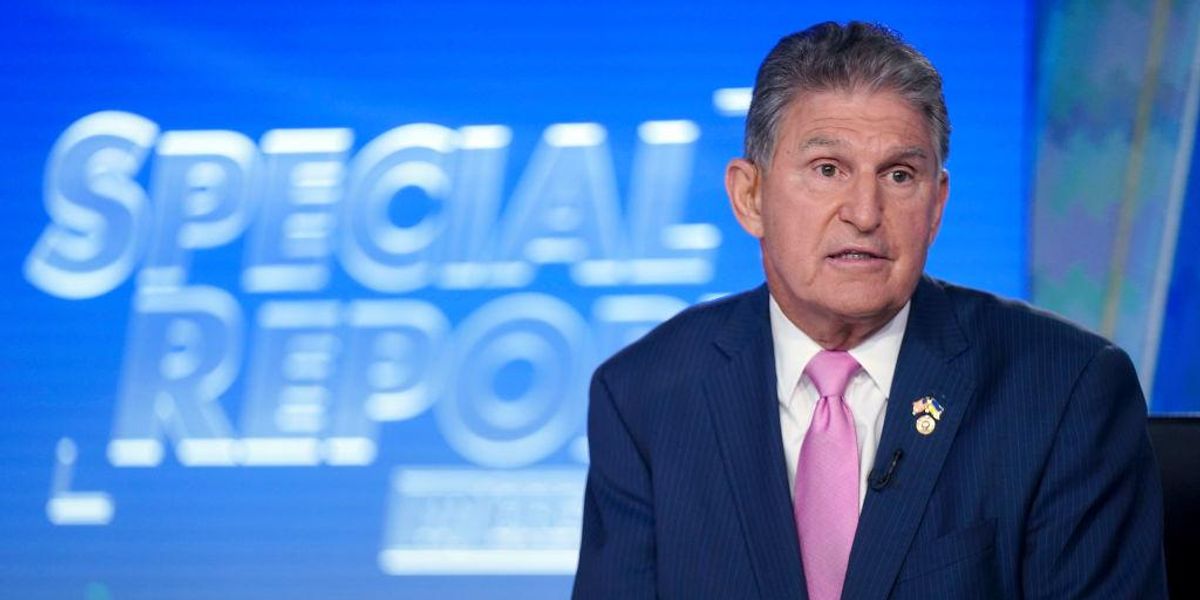 While massive numbers of migrants have been pouring across the southern border month after month, Harris told “Meet the Press” moderator Chuck Todd that the U.S. border is secure.

“The border is secure. But we also have a broken immigration system, in particular over the last four years before we came in, and it needs to be fixed,” the vice president said.

u201cWATCH: The U.S. will have 2 million people cross its border for the first time. #MTPnn@VP: u201cWe have a secure border in that that is a priority. u2026 But there are still a lot of problems that we are trying to fix given the deterioration that happened over the last four years.u201du201d

U.S. Customs and Border Protection data indicates that from October 2021 through July 2022 there have been nearly 2 million southwest land border encounters.

Todd pressed the issue, asking the vice president whether she is “confident” that the border is secure.

But Manchin described the claim that the border is secure as “not accurate,” adding, “I’ve been there. It’s wrong.”

For example, authorities recently caught an individual who in 2019 had been “convicted of lewd and lascivious acts with a minor in South Carolina and sentenced to five years in prison,” according to a CBP press release. That individual, who had been deported in May of this year, was just arrested on September 2.

Similarly, on September 7, Border Patrol agents caught a person who had been deported in June of this year after getting “convicted, in December 2021 in California, of lewd or lascivious acts with a child under 14 years of age,” according to another CBP press release.

Cases in which previously deported criminals illegally reenter the U.S. clearly illustrate the critical importance of border security as a matter of public safety.

Asked whether Biden should seek reelection, Pelosi declines to answer, says she will not get into the politics of the issue
Transgender woman sentenced to life in prison for murdering 7-year-old daughter, mutilating body, and dumping her in a lake
Top vaccine expert with FDA and NIH warns healthy young people not to get COVID-19 booster: ‘There’s not clear evidence of benefit’ versus risk
Meet the New CNN, Same as the Old CNN
Ocasio-Cortez blames capitalism for low birth rate and says more immigrants are needed to keep social services afloat