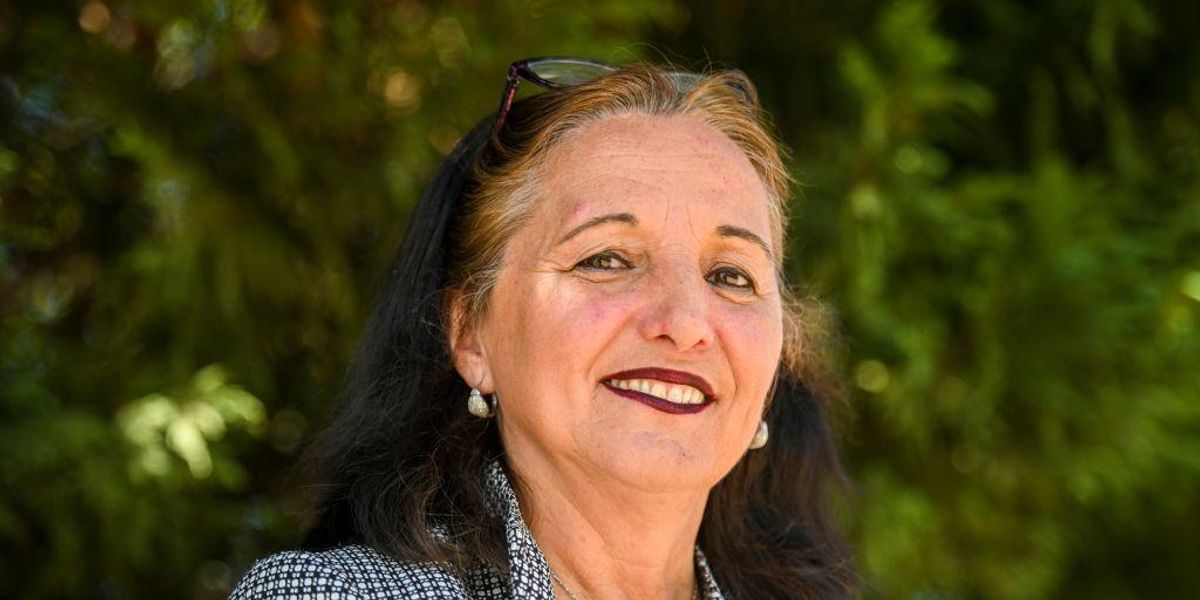 On September 2, Republican Circuit Court Judge James Plowman kicked a George Soros-backed prosecutor off the case of a man convicted of disorderly conduct. Plowman reckoned Loudoun County commonwealth’s attorney Buta Biberaj‘s impartiality was dubious as it pertained to 48-year-old Scott Smith, the father arrested for expressing outrage in a school board meeting over the permissive LGBT policies that enabled a rapist to attack his daughter in a girls’ washroom.

Biberaj, who fought for jail time and anger management for Smith, oversaw the case of the very rapist who attacked Smith’s daughter. Her office recommended that the rapist, charged with forcible sodomy, be released with an ankle monitor and enrolled in a different school. Upon his release, the suspect is said to have sexually assaulted another child in a classroom.

The 48-year-old Smith, who seeks to appeal his conviction, will now have his case prosecuted by Stafford County commonwealth’s attorney Eric Olsen.

According to Smith’s lawyer Bill Stanley, Biberaj was biased against his client, which would compromise the integrity of the trial. He and Smith filed a motion for Biberaj’s recusal on October 22, 2021.

In his decision to appoint a special prosecutor in Smith’s appeal, Plowman cited the need to protect the “integrity of the Defendant’s due process rights.”

Smith took comfort in Plowman’s decision. He told Fox News Digital, “From the beginning, Ms. Biberaj has sought to make an example of me for simply standing up to defend my daughter.”

“Biberaj has demonstrated a bias against me throughout the court proceedings,” said Smith, “and she has continued to fan the flames of those who would label parents like me who stand in protection of their kids against dangerous school policies as being ‘domestic terrorists.'”

Stanley similarly lauded the decision, writing, “The Court’s Order today has corrected at least in some measure the injustice created by Ms. Biberaj’s bias against [Smith], and has restored his hope for a fair trial on the remaining charge against him in his quest to protect his beloved daughter.”

Biberaj told WTOP, “I’m surprised by the court’s decision, since I was never given the opportunity to come back and have conversations about the disorderly conduct.”

This is not the first time Biberaj has been kicked off a case by Plowman.

In June, when seeking a plea deal for serial burglary suspect Kevin Enrique Valle, Biberaj downplayed and omitted relevant details about Valle’s criminal past, including recent charges against him in other jurisdictions. Biberaj allegedly attempted to gloss over the fact that Valle was accused of “a possible 12 burglary crime spree spanning four counties over ten days.”

Plowman characterized Biberaj’s assessment not only as “entirely inaccurate” but “an overt misrepresentation by omission.”

The judge noted further that “the Commonwealth is deliberately misleading the Court, and the public,” writing ultimately, “Biberaj … is hereby REMOVED AND DISQUALIFIED from further prosecution as counsel of record in this matter.”

Extra to potentially misleading the public, there is some indication that Biberaj’s progressive approach may be endangering the public. According to WTTG, since Biberaj’s election in 2020, criminal indictments in the county have fallen dramatically by 67%, despite an increase in arrests.

In one instance, Biberaj’s office released a man charged with brutally assaulting, strangling, and abducting his wife, Regina Redman Lollobrigido. After his release, he allegedly went on to savage and kill Regina with a hammer.

In addition to working to get criminals off, Biberaj also has worked with them. Last year, her office hired a registered sex offender, convicted of a child pornography charge, as a paralegal.

Scott’s quest to protect his daughter

On May 28, 2021, Scott Smith’s ninth-grade daughter was raped in a bathroom at Stone Bridge High School in Loudoun County, Virginia. The offender was a 15-year-old male wearing a dress, who had taken advantage of the school’s transsexual policies. The school failed to report the assault in its rape statistics.

Although that aggressor was arrested, found guilty on all charges, and ultimately placed on a sex offender registry, he was soon released by Biberaj’s office and placed in another school, Broad Run, where he allegedly committed sexual battery against another child.

A month after the rape at Stone Bridge, the Loudoun County school board held a meeting in which board members suggested that the school’s so-called “gender-fluid” bathrooms were not to blame. The board also indicated that it had not received reports of assaults in the girls’ bathrooms.

Smith, outraged like many in the community, went to one such school board meeting on June 22 seeking answers. Instead, he received handcuffs.

At the meeting where parents called for Superintendent for Loudoun County Public Schools Dr. Scott Ziegler to be fired as well as for board members to resign, LGBT activists jeered and mocked a distraught Smith.

Smith raised his voice when an activist in rainbow-colored garb allegedly was denying that Smith’s daughter had been attacked and began threatening to ruin his family. Police subsequently tackled him to the ground and then detained him.

Smith was convicted of disorderly conduct. Now with Biberaj dismissed from the case, he hopes to appeal that misdemeanor charge.