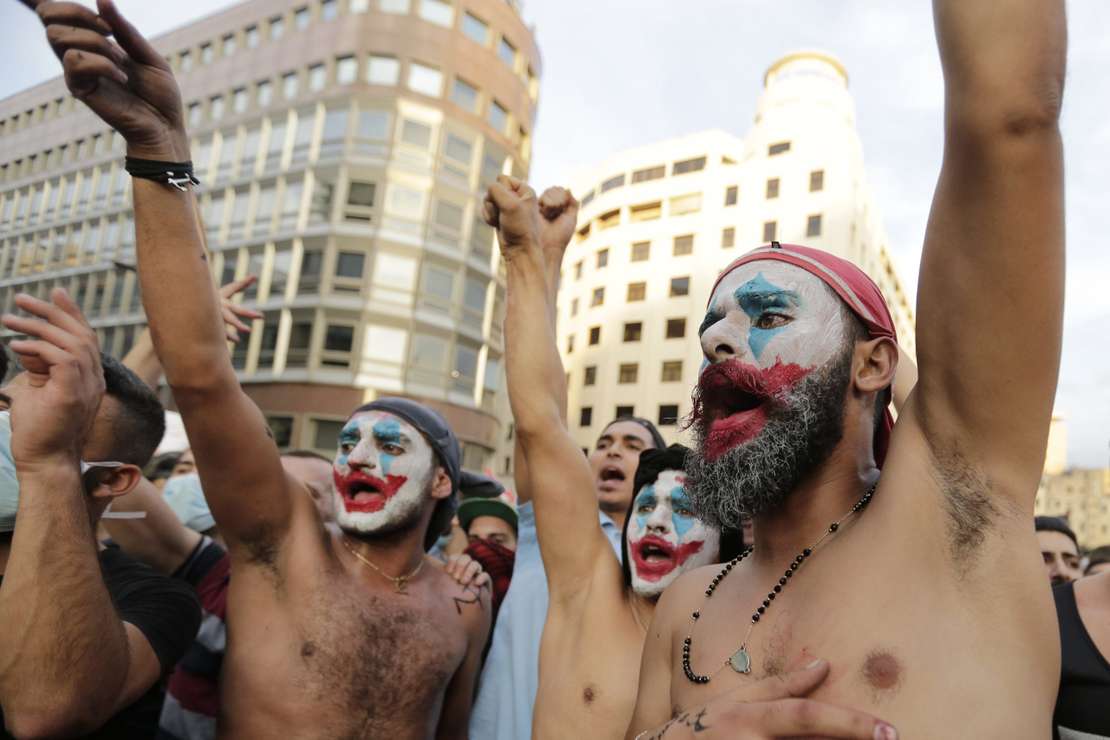 When Lebanon’s existential economic crisis began three years ago, banks began limiting withdrawals to $200 a month to prevent capital flight. Seen as a temporary emergency measure, it’s been three years, and tens of thousands of Lebanese are still unable to access most of their savings.

This has led to desperation by some. Last month, a man walked into a bank in downtown Beirut with a can of gasoline and a gun demanding his savings of $210.000. He said he needed the money to pay for his father’s medical bills.

As word spread of the man’s actions, a large crowd gathered outside the bank. “Give him his money, give him his money,” the crowd shouted. After the man surrendered, he was hailed as a national hero.

One woman with a gun and some associates briefly held hostages at a branch of BLOM Bank (BLOM.BY) in the capital Beirut, before leaving with more than $13,000 in cash from her account, a source from a depositors’ advocacy group said.

Shortly afterwards, in the mountain city of Aley, an armed man entered a Bankmed branch and retrieved some of his trapped savings, before handing himself into authorities, the Depositors Outcry and a security source said.

The Beirut woman robber said she was so desperate that she was thinking seriously of selling her kidney.

How did a once prosperous nation fall into a crisis that the World Bank calls “the worst economic crisis in 150 years”?

Lebanon’s dire straits are the result of years of corruption, waste, and unsustainable financial policies like fuel subsidies. A year ago, the Central Bank announced a gradual end to the subsidies because they were draining $3 billion a year in precious foreign exchange reserves. The subsidies recently ended, and the price of gasoline exploded. Owners have now pegged the price of gas by the liter to the black market price.

While gas will cost a little less than a dollar a liter, a dollar at the unofficial black market rate is 35,000 Lebanese pounds — the entire monthly salary for the average Lebanese.

It’s even worse than that for ordinary Lebanese.

Gross domestic product plunged to an estimated $20.5 billion in 2021 from about $55 billion in 2018, the kind of contraction usually associated with wars, the World Bank says.

The Lebanese pound has lost some 95% of its value, driving up prices and demolishing purchasing power in the import-dependent country. A soldier’s monthly wage, once the equivalent of $900, is now worth less than $50. Poverty rates have sky-rocketed in the population of about 6.5 million, with around 80% of people classed as poor, the U.N. agency ESCWA says.

A World Bank report said in August “a significant portion” of savings had been “misused and misspent over the past 30 years”. A visiting U.S. official said last year the Lebanese people deserved to know where their money had gone.

Not surprisingly, Lebanese are exiting the country in droves. A 2021 Gallup poll found a record 63% of people surveyed wanted to leave permanently, up from 26% before the crisis.

While elections in May brought in some fresh faces to fill government elected offices, the permanent ruling class still controls the institutions — financial, religious, and cultural. Even with catastrophe facing them square in the face, Lebanon’s elites refused to reform. They have no rescue plan to present to the World Bank or the International Monetary Fund because, despite the May elections, no formal government has taken shape. There are no permanent ministers, as the country’s political forces try to secure a large share of ministers as well as lucrative portfolios, all of which have to respect delicate sectarian balances.

To make matters worse, presidential elections must take place before the end of October. So just about the time that the new ministers get settled in, a new president will have to try to name his own cabinet.

It’s not likely that Lebanon will explode into a nation-ending ball of fire. It’s probable that Lebanon’s slow-motion meltdown will continue until the corrupt elites totally drain the country.

This Could Be the Worst News for Joe Biden This Year
HORROR: New Jersey Man Found Dead in Kettle Cooker at Food Processing Plant
Transgender woman sentenced to life in prison for murdering 7-year-old daughter, mutilating body, and dumping her in a lake
Meet the New CNN, Same as the Old CNN
‘The most outrageous intimidation effort in history’: Mark Levin’s electoral deep dive