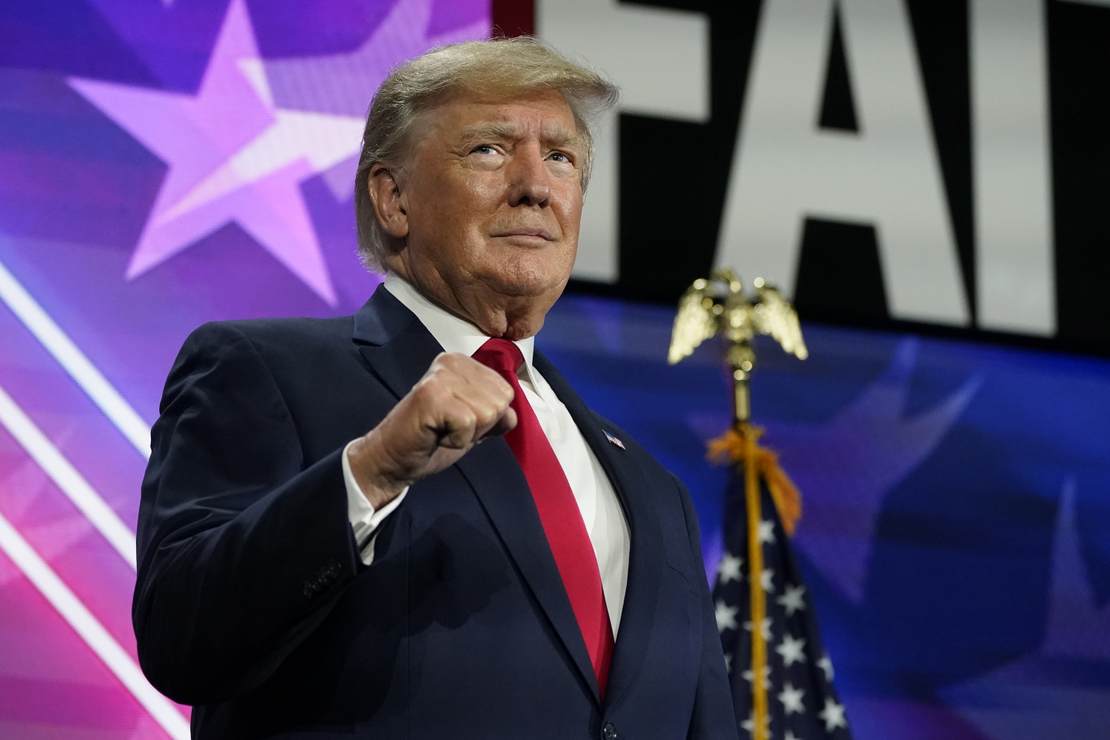 Conservative radio host and Washington Post columnist Hugh Hewitt interviewed former President Donald Trump on Thursday morning on The Hugh Hewitt Show. Hewitt asked Trump about the possibility that the Biden administration might pursue an indictment against him and what he might do if that happens—especially with regard to how that might impact his plans for 2024.

There is little doubt that Joe Biden and his administration are attempting to do what President Obama could not: prevent Trump from becoming president. As we already know, Trump was set up by the Obama administration with the fake Russian collusion story, and now Biden is trying to entrap Trump in a dispute over the former president’s records. It is widely believed that the Biden administration will pursue criminal charges.

“Do you feel like the Department of Justice is trying to indict you, Mr. President?” Hewitt asked.

“Well, there’s no reason that they can, other than if they’re just sick and deranged, which is always possible,” Trump said. “Because I did absolutely—you’ve seen the legal papers—absolutely nothing wrong. And there’s no reason that they can do that. And I’ll tell you what, I would have said there’s no way they can raid a house, either, because you know, it’s Fourth Amendment stuff. And what they did is terrible. And I don’t think the people are going to stand for it.”

“You know the old saying, a prosecutor can indict a ham sandwich if they want to,” Hewitt pointed out. “I’m just asking if there is such a prosecutor and they indict you, would that deter you from running for president again?”

‘I don’t think the people of the United States would stand for it,” Trump said. “And as you know, if a thing like that happened, I would have no prohibition against running. You know that. You’ve already stated that.”

“I do,” Hewitt agreed. “That’s what I wanted people to understand. That would not take you out of the arena.”

“It would not,” Trump assured him. “But I think if it happened, I think you’d have problems in this country the likes of which perhaps we’ve never seen before. I don’t think the people of the United States would stand for it.”

Hewitt asked Trump what kind of problems he was referring to. But Trump didn’t clarify and simply reiterated that he didn’t think the public would “stand for it.”

“We went through phony impeachments. We went through phony Mueller reports that came out with no collusion. We came, everything that they’ve done to try and stop progress. And on top of that, I did more than virtually any president. You take a look, with the biggest tax cuts, with the rebuilding of our military, with all of the things we’ve done. I don’t think the people of this country would stand for it, especially since they know, especially since they know I’m totally innocent.”

Polls have suggested he may be partially right. Leftists were certainly happy to see Trump’s home raided last month and have been percolating at the idea that criminal charges are imminent. However, according to Trafalgar/Convention of States, nearly 80% of American voters say that there are currently two tiers of justice in the American justice system, and nearly 60% believe that federal bureaucracies in Washington, D.C., like the EPA, CDC, and IRS, have grown too large and only serve their own political interests. A majority of Americans also believe that the FBI is now “Biden’s Gestapo.”

There is definitely some truth to what Trump says. Though, if he really wants to prevent Biden from going through with this bogus indictment, he needs to officially announce his candidacy after the midterm elections.