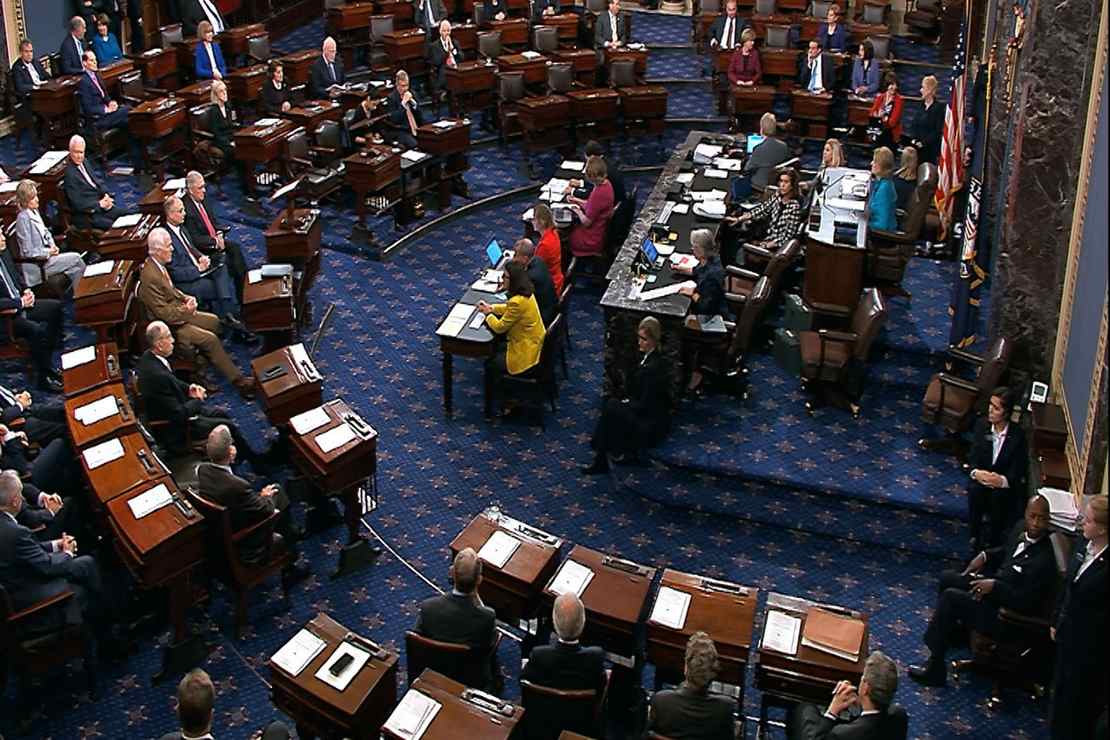 There’s been a recent shift in momentum to the Democrats — especially in Senate races — that might allow them to maintain or even increase their majorities.

But let’s imagine the most favorable outcome for Democrats: a razor-thin majority in the House and a 4-5 seat cushion in the Senate. What would Democrats do with that godsend?

Think of what they did with the majority of the last two years. They spent $4.8 trillion, doling out goodies to every one of their interest groups. Now imagine what they could do with a House and Senate majority — a Senate majority without the filibuster.

It seems certain that Democrats are going to subvert the filibuster either by trying to rid the Senate of it entirely or picking and choosing on which bills they want to waive the 60-vote requirement for passage. The latter option is most likely, given that the Senate parliamentarian is a stickler for tradition. But even that is no assurance that the filibuster won’t disappear in the first months of 2023.

NRO’s John McCormick believes that ridding the Senate of the filibuster would lead to a blizzard of left-wing legislation. He points out that, while it’s unlikely at this point, if the Democrats find a way to win the House, they could run the table with their own vulnerable candidates in the Senate and pick off two or three of the vulnerable GOP seats.

With a House majority and 52 Senate seats, Democrats would have the votes to gut the Senate’s legislative filibuster — the long-standing 60-vote rule for passing most legislation. They would no longer need to seek bipartisan support on any matter, and they would no longer be constrained by the moderating influence of Democrats Joe Manchin of West Virginia and Kyrsten Sinema of Arizona.

Without needing the votes of Manchin and Sinema, “we could repeal the filibuster and then pass Roe v. Wade into law, voting rights into law,” Massachusetts Democratic senator Elizabeth Warren told me recently in the Capitol. “We can get universal child care, tax reform, and more-meaningful gun-safety regulation. . . . Fairer taxes, like the wealth tax on the very richest, become a real possibility.”

Warren is only talking about the tip of the iceberg. If you want radical, they’ve got radical like you wouldn’t believe.

Warren is kidding no one by claiming that the Democratic Congress would “pass Roe v. Wade into law.” What Democrats have in mind is far more sinister.

The “Women’s Health Protection Act” creates an unrestricted national right to abort a baby until viability, and it would require all 50 states to allow abortion from viability to birth “whenever a midwife, nurse, doctor, or other ‘health care provider’ determined that the continuation of the viable pregnancy posed a risk to the mother’s mental health.”

That same bill — passed by the House last year — would eliminate state restrictions like parental notification and 24-hour waiting periods, as well as some bans on partial-birth abortion. It would toss the Hyde Amendment and make federal funding of abortions legal.

A filibuster-less Senate could also pass the Equality Act, which would “make transgender ideology supreme in all 50 states,” writes McCormick.

The bill adds “transgender status” and “sexual orientation” as classes protected under the 1964 Civil Rights Act and greatly expands the number of businesses that count as “public accommodations” — and it explicitly states that “an individual shall not be denied access to a shared facility, including a restroom, a locker room, and a dressing room, that is in accordance with the individual’s gender identity.”

University of Virginia law professor Douglas Laycock, a liberal and a longtime supporter of gay marriage, has observed that the bill goes “very far to stamp out religious exemptions.” As Laycock told National Review when the bill first passed the House, the Equality Act “regulates religious nonprofits, and then it says that [the Religious Freedom Restoration Act] does not apply to any claim under the Equality Act. This would be the first time Congress has limited the reach of RFRA. This is not a good-faith attempt to reconcile competing interests. It is an attempt by one side to grab all the disputed territory and to crush the other side.”

This is not “progressive.” It’s as radical as radical gets, and for Democrats to try and sell this as “moderate” might be the most dishonest campaign pitch in history. This is “moderate” and MAGA is “extreme”? Hopefully, Republicans can do well enough to avoid this nightmare scenario.