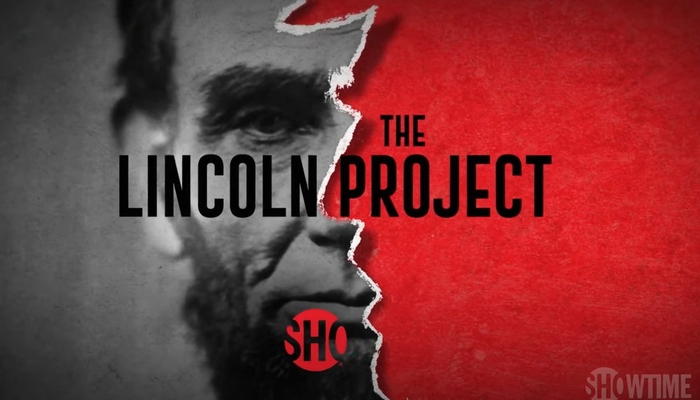 The Lincoln Project formed in 2019 to stop President Donald Trump from earning a second term.

Today? The group is better known for seismic scandals, fleeing executives and a willingness to take down other GOP favorites … including Gov. Ron DeSantis. Does Showtime want to bring the group back from the political abyss?

The same network that produced the wildly inaccurate Comey Rule returns with The Lincoln Project.

The five-part docuseries, debuting Oct. 7, examines the dawn of the group as well as those aforementioned “scandals.”

The trailer doesn’t shy away from said scandals, at least based on the first teaser, but the tone (and the accompanying poster) suggest Showtime is rooting for a Lincoln Project comeback.

“Karma is a bitch,” reads the tagline near an image of Trump being mugged by the group’s very name. Celebrated for their scathing ads and biting social media commentary, the series discovers that their operation is a lot more than what meets the eye, with sophisticated data analytics and voter targeting operations churning away behind the scenes. While working to accomplish their stated goal of “defeating Trumpism,” the group is shaken by internal upheaval, a sexual harassment scandal, and a tidal wave of negative press. As one fight ends, another is afoot – and this time it’s personal.

The canned quotes from the creative minds behind the docuseries confirm the admiring tone.

“There has never been a super PAC that has captured the imagination of the general public like the Lincoln Project. They showed us that you could use storytelling and the power of the internet to punch back, and that you could fight a bully by bringing the fight right to their doorstep,” said directors [Fisher] Stevens and [Karim] Amer in a statement.

Plus, the quote from an unnamed source in the trailer suggests Showtime is pushing the group past its scandalous 2021.

“Nobody cares. They care about what we’re gonna do in 2022 and beyond,” the voice says.

Reminder. The docuseries drops several weeks before the midterm elections. It also retweets messages from the Biden White House.

A quick perusal of its Twitter account shows it’s no different than your average Democratic SuperPAC. In short, it’s a Democrat operation that clings to the GOP brand via its namesake.

The Showtime series, given that context, makes perfect sense.