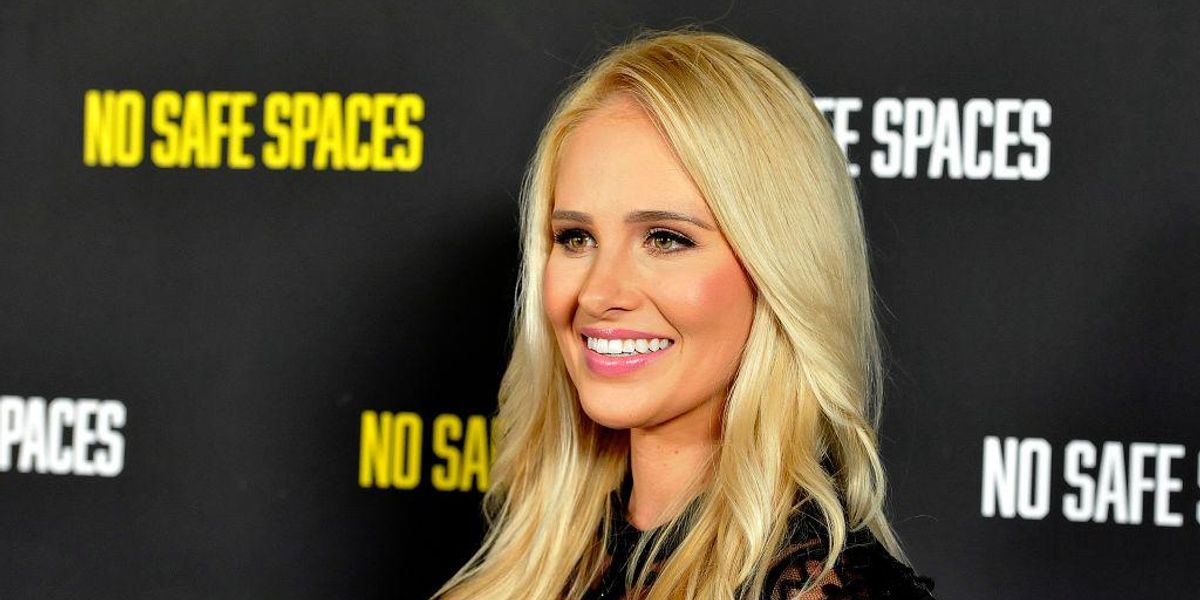 Earlier this week, conservative political commentator Tomi Lahren was scheduled to speak at the University of New Mexico at an event sponsored by the Turning Point USA student chapter at UNM.

However, a large crowd of protesters gathered outside the event, demanding that Lahren not be permitted to speak on campus. A video clip shared on YouTube shows protestors shouting “shut it down” outside the event and pounding on the doors of the venue.

Organizers ended the speech early due to what they said were safety concerns. Lahren and students inside the venue were escorted out after a fire alarm was pulled; Turning Point USA stated that Lahren and her father were forced to be barricaded in a safe room for 45 minutes. University officials reported that there were no injuries reported.

Turning Point USA denounced the actions of the protestors, stating, “Sadly, what happened in New Mexico is far too common…We will only get more threats of violence unless there are serious consequences for this behavior. We are looking into all possible avenues to help achieve that end.”

Lahren also responded to the incident, telling OutKick, “Unfortunately the University of New Mexico doesn’t seem to care, not only about my safety, but about the safety of their own students, and left us all barricaded in a room with basically rabid banshee animals trying to bust down the doors to get to us.”

University officials said they are “investigating these incidents and will hold anyone who violated the law or University policies accountable.”

The University of New Mexico shared a statement with KOB 4, saying, “The University of New Mexico is committed to the principles of free speech and values its role as a public square for debate, a marketplace of ideas, and a place to test and challenge competing viewpoints and opinions. In this context, allowing speakers invited by a student organization on campus in no way implies an endorsement of the content of their speeches or their opinions. And those who disagree with the ideas expressed are encouraged to respectfully voice their perspectives.”

NY Times, Fast Friends With FBI, Suggests It’s ‘Toxic’ ‘Misinformation’ to Call for Defunding
A PayPal Ultimatum to Customers: Go Woke or Go Broke?
Man convicted of dumping 24 human body parts, including heads, in the Arizona desert
Where are American Feminists During the Biggest Women’s Rights Protests Ever in the Muslim World?
Pain IS the point: How to survive Biden’s ‘HELL’ economy