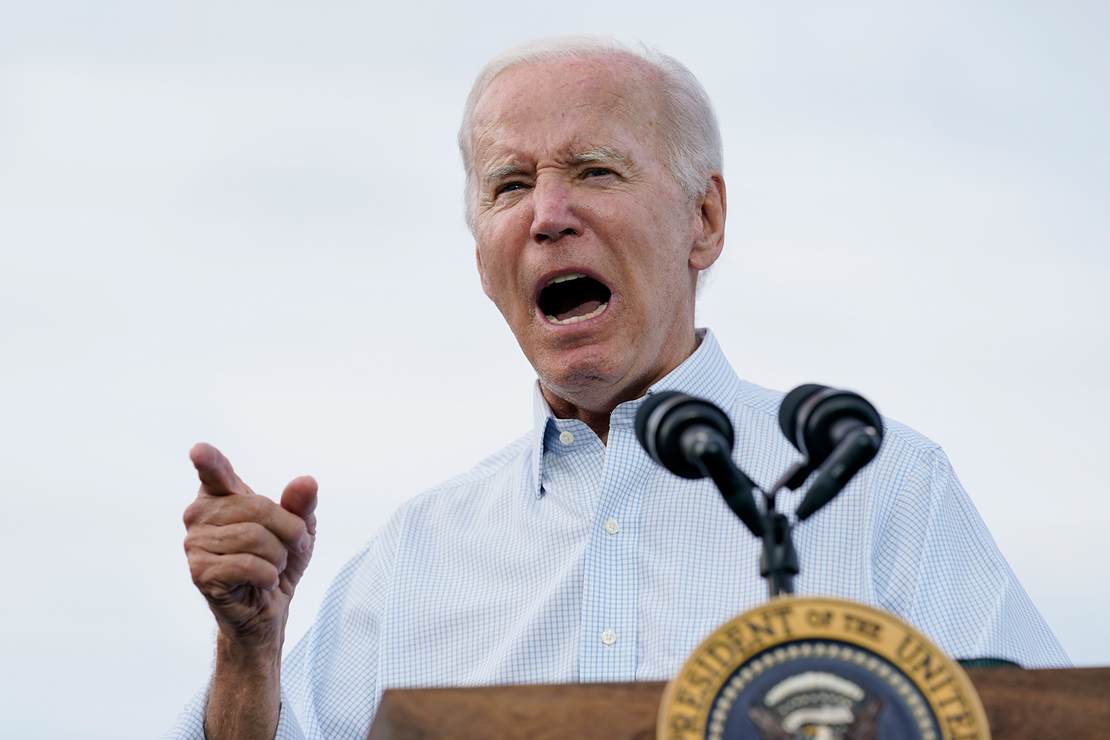 Old Joe Biden got himself in trouble back in May for saying that the U.S. would send its woke, indoctrinated, woefully unprepared forces to defend Taiwan if China attacked. The White House had to “clarify” that Joe’s ravings didn’t represent a policy shift; the 1979 Taiwan Relations Act, which doesn’t commit the U.S. to military action if China attacks, is still in force. But no one should expect the dementia patient who is pretending to be president to keep official U.S. policy straight, and so on Monday Joe said it again, and once again the White House wonks who are really in charge had to correct him. It was just another day in the circus at 1600 Pennsylvania Avenue, but are we going to war with China or not? The answer to that won’t be fully clear until China actually invades.

Biden’s statement contained yet another indication of his unfitness to perform the duties of the job he ostensibly holds. When he was asked on 60 Minutes Sunday whether he would send U.S. forces to defend Taiwan if China moved against it, the alleged president responded: “Yes, if in fact, there was an unprecedented attack.” By “unprecedented,” Old Joe likely meant “unprovoked,” as any attack by China upon Taiwan in the present era would be “unprecedented.” Of course, it depends on how far back you want to go. If Biden really wants precedents for a Chinese attack on Taiwan, there are two: China did take Taiwan back from Japan in 1945, and before that, the Qing dynasty invaded the island back in the seventeenth century, but even Old Joe is not quite that old. Was Joe Biden contemplating the Qing dynasty? No. He was just mangling his syntax, yet again.

There was no mistake, however, about what Biden meant. The Washington Free Beacon reported: “Asked to clarify if he meant that unlike in Ukraine, U.S. forces—American men and women—would defend Taiwan in the event of a Chinese invasion, Biden replied: ‘Yes.’” A no doubt horrified White House spokesperson, hoping once again to tamp down fears of a looming World War III, hastily explained: “The president has said this before, including in Tokyo earlier this year. He also made clear then that our Taiwan policy hasn’t changed. That remains true.”

However, the ChiComs were not amused. Mao Ning, a spokeswoman for the Chinese foreign ministry, said that Biden’s off-the-cuff remarks sent a “seriously wrong signal” to Taiwanese separatists. China, she said, was “strongly dissatisfied and resolutely opposed” to Biden’s statement and “had lodged a formal complaint over it, she said, warning that China reserves the right to take all necessary measures to counter separatism.” For its part, the Taiwanese foreign ministry was pleased, thanking Old Joe for emphasizing the “U.S. government’s rock-solid security commitment to Taiwan.”

Related: China’s Moves Signal a More Aggressive and Confrontational Stance Toward the U.S.

It would be incredibly foolish for the U.S. to get involved in a war against China at this point. This is not to say that Taiwan should simply be handed over to China. The problem here is that major policy shifts shouldn’t be made on 60 Minutes by addled figureheads pretending to be president. It is also by no means clear, especially after the catastrophically bungled withdrawal from Afghanistan, that the U.S. military could tear itself away from drag shows and Critical Race Theory training to concentrate on learning what troops must learn in order to win wars. The Biden era would be the worst time in living memory for the U.S. to get involved in a major war, for the military brass starting with Gen. Mark Milley are clearly much more interested in making sure that the military is woke than they are in making sure that the military can defeat the enemy. The Chinese aren’t going to be prevented from taking over Taiwan by American soldiers who ask Chinese troops their pronouns.

Old Joe Biden doesn’t care about military preparedness, or he wouldn’t have let the situation of our military deteriorate as much as it has. But in repeatedly threatening China, he is writing checks that his military cannot cash and hoping that the Chinese will be deterred by the memory of American power as it was before the Left destroyed it. The ChiComs, however, are unlikely to be fooled, and thus the White House wonk was wise to walk Joe back yet again. Whoever is in charge over there, that guy with the skirt and long nails or the guy who thinks he’s the first female admiral or the “puppy” in charge of nuclear waste disposal or whoever, should try to convince Joe to drop his tough-guy act regarding Taiwan, at least for now.