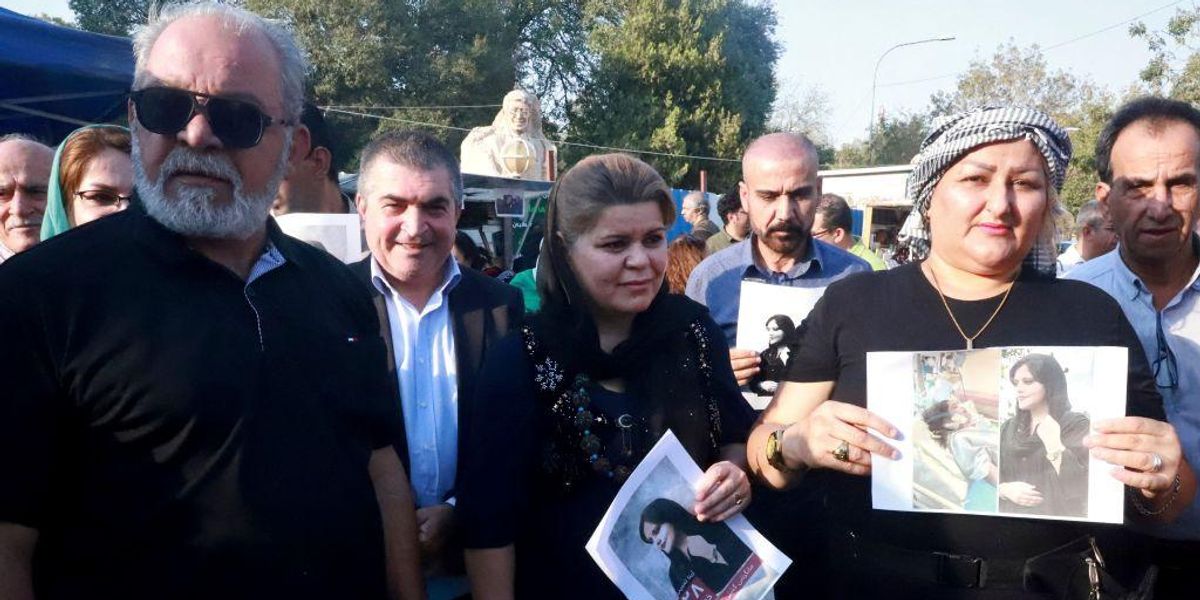 Protests have erupted in Iran after a young woman died following her arrest by police. Iranian police reportedly issued a statement Monday calling the woman’s death an “unfortunate incident” and denied accusations that she was mistreated by authorities, which have provoked widespread demonstrations against the Islamic regime.

The 22-year-old woman, Mahsa Amini, fell into a coma and died after she was arrested by morality police last week, which led to protests in Tehran and the Kurdistan province from which she came, Reuters reported.

Amini was reportedly detained for allegedly violating the country’s strict hijab rules, which require women to wear a hair covering and loose clothing over their arms and legs. Witnesses accused police officers of beating her, but Police Brig-Gen Hossein Rahimi denied the allegations, according to the BBC.

Police claimed she suffered “sudden heart failure” while awaiting transport to a facility to be “educated.” They released video showing a woman they identified as Amini talking with a female official, who grabs her clothing. The woman then raised her hands to her head and collapsed, the BBC reported.

“This incident was unfortunate for us and we wish to never witness such incidents,” Rahimi told the Fars news agency.

However, the woman’s father on Sunday reportedly told a pro-reform website Emtedad News that his daughter had no health problems and that she suffered bruises on her legs. He blamed the police for her death.

The incident has led to widespread public outcry in Iran and on social media. The Persian hashtag #MahsaAmini has reached nearly 2 million Twitter mentions since last week, along with anti-government slogans, Reuters reported. Iranian women have posted videos on social media showing them cutting their hair and burning their hijabs to protest the regime.

“From the age of 7 if we don’t cover our hair we won’t be able to go to school or get a job. We are fed up with this gender apartheid regime,” Iranian journalist and activist Masih Alinejad tweeted on Sunday.

u201cIranian women show their anger by cutting their hair and burning their hijab to protest against the killing of #Mahsa_Amini by hijab police.nFrom the age of 7 if we donu2019t cover our hair we wonu2019t be able to go to school or get a job. We are fed up with this gender apartheid regimeu201d

u201cThis video brought tears to my eyes.nWomen & men burning compulsory hijab in the streets of Tehran where #MahsaAmini was beaten up to death by hijab police.nThe woman who took the video says; our dream comes true Finally we are burning the symbol of our oppression in the street.u201d

The Iranian government has reportedly used violence against the protesters. Alinejad shared in another tweet that Iranian Security Forces allegedly opened fire on peaceful protesters in Saqqez. She posted video that shows a man lying on the ground and bleeding before he’s carried away to what appears to be a medical facility.

Other videos from Iranian journalists show what is reported to be police in Tehran beating protesters.

u201cIran security forces beating protesters in central Tehran (Keshvarz Boulevard) amid protests over death of #Mahsa_Amini (Jina), 19Sep. Protests are near detention centre where she was held before slipping into coma, dying. (Source @masoudkazemi81) #u0645u0647u0633u0627_u0627u0645u06ccu0646u06ccu201d

And protesters have been filmed throwing rocks at a police water cannon truck, as well as attempting to flip over police vehicles.

u201c#IrannProtesters trying to flip a police car in #Tehran’s Vali Asr square earlier today while throwing stones at others. At least 4 police vehicles, including the water cannon truck, are seen in the video.n#Mahsa_Aminiu201d

u201cProtestors throw rocks at a water cannon truck in Iran. nnYou can hear a woman scream u201cbi sharaf,u201d loudly over and over again.nnBi sharaf is a top-level insult in Persian. It means someone without any dignity, honor, and shame. nhttps://t.co/HjIsSUsl8Ku201d

Crowds in the Kurdistan province took to the streets over the weekend chanting, “death to the dictator,” according to BBC journalist Shayan Sardarizadeh.

u201cIn Sanandaj, Kurdistan province, an even larger crowd than last night has taken to the streets over the death of Mahsa Amini, 22, following her arrest by Iran’s morality police.nnProtesters in Ferdowsi Street chant “death to the dictator” .nhttps://t.co/gtgVj4pKTzu201d

Amini’s death could escalate tensions between the Iranian regime and the country’s Kurdish minority, which numbers eight to 10 million people. According to Reuters, Iranian Revolutionary Guard soldiers have used violence to suppress unrest in Kurdish areas of the country for decades.

“If history is any guide, Iranian government security forces will soon begin mowing down protestors in the street,” Iranian-American journalist Yashar Ali observed on Monday.

u201cIf history is any guide, Iranian government security forces will soon begin mowing down protestors in the street.nnThe best thing you can do is to keep this story alive.nnIranians may be silenced by their government, but that does not mean the world has to be silent.nn#MahsaAminiu201d

‘Republicans Pounce!’ The Hill Squawks Over Biden Being Blamed for American Wealth Obliteration
EPIC CRASH COMETH? Aaron Brickman warns cycles, conditions now aligned for “perfect storm” stock market crash that could be WORSE than 1929
Kamala Harris says climate crisis aid should be given out ‘based on equity’ to ‘communities of color’ and women
Liberal Billy Eichner lashes out at straight people after his LGBTQ movie ‘Bros’ flops, blames homophobia for abysmal box office opening
Louisiana man admits to trying to murder and dismember a gay man he met on LGBT dating app Grindr