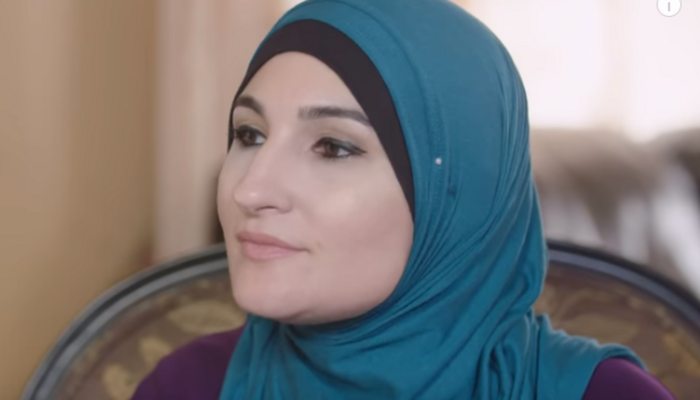 “Russian disinformation” is in the news again, courtesy of a long but vague New York Times lead story Monday, “How Russian Trolls Helped Keep the Women’s March Out of Lock Step,” by Ellen Barry.

Strangely, Barry foregrounded Linda Sarsour, the notorious sharia-law apologist and former co-chair of the 2017 Woman’s March on Washington, trying to mold her into a sympathetic figure whose movement was disrupted by Russian internet trolls trying to tear the movement apart (it did an excellent job of that all by itself).

The Muslim “feminist” has been quiet of late, an embarrassment to the left, after myriad self-inflicted controversies for, to name a few, her support of the Boycott, Divestment and Sanctions movement against Israel, her repellent remarks about ideological and religious enemies, her blandished descriptions of Sharia law, public appearances with convicted terrorists, and conspiracy mongering about Islamist terrorist threats.

Could Barry be trying to rehab Sarsour’s reputation by painting her as a victim of Russian disinformation? A hostile country trying to egg on U.S. conflict hardly seems front-page news now, especially with numbers thrown out absent context: “….Russian accounts dramatically increased their volume of messaging about Ms. Sarsour, producing 184 posts on a single day…..” But the Internet is a big place, and Barry provides no basis for comparison.

The Times has previously painted Sarsour as a victim of conservatives, and reliably gullible reporter Alan Feuer wrote a 2015 Sarsour profile under the cringey headline: “Linda Sarsour Is a Brooklyn Homegirl in a Hijab.”

Barry writes sympathetically of the awful moment Sarsour learned of her new infamy, allegedly at the hands of Russian agents via Twitter.

The weekend before, she had stood in Washington at the head of the Women’s March, a mobilization against President Donald J. Trump that surpassed all expectations. Crowds had begun forming before dawn, and by the time she climbed up onto the stage, they extended farther than the eye could see.

But then something shifted, seemingly overnight. What she saw on Twitter that Monday was a torrent of focused grievance that targeted her. In 15 years as an activist, largely advocating for the rights of Muslims, she had faced pushback, but this was of a different magnitude. A question began to form in her mind: Do they really hate me that much?

Over the 18 months that followed, Russia’s troll factories and its military intelligence service put a sustained effort into discrediting the movement by circulating damning, often fabricated narratives around Ms. Sarsour, whose activism made her a lightning rod for Mr. Trump’s base and also for some of his most ardent opposition.

Barry admitted “the Women’s March movement fractured, leaving lasting scars on the American left” because of its association with anti-Semitic Louis Farrakhan. Barry excused Sarsour’s use of the phrase “the best form of jihad,” saying “Ms. Sarsour was feeling like her old self.”

Barry even confessed it was “maddeningly difficult to say with any certainty what effect Russian influence operations have had on the United States….” and issued fuzzy, mild criticism of the Women’s March: “Internal disputes about identity and antisemitism had strained the group from its early days….”

The coalition broke up. Still, Barry felt sorry for the supposedly victimized activist.

She is seldom invited to national platforms these days, and when she is, protests often follow. Whatever buzz there was around her as a future political candidate has quieted. She knows how she is seen, as a polarizing figure. She has adjusted to this reality, and sees herself more as an activist, in the mold of Angela Davis.