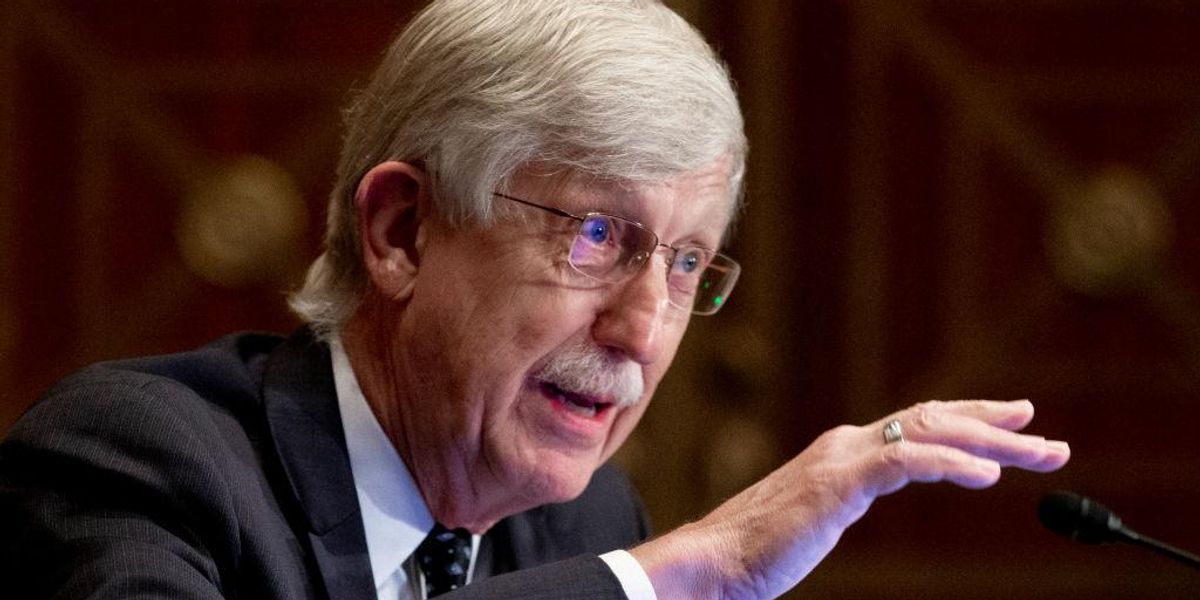 Former National Institutes of Health director Dr. Francis Collins said recently that his biggest mistake during the COVID-19 pandemic was failing to communicate to the public how the government’s recommendations on everything from masking to vaccinations were subject to change constantly.

“The big thing that I know I didn’t do, and I don’t think a lot of the communicators did, was to say, ‘This is an evolving crisis. This is going to change,’ every time we made a recommendation, whether it was about social distancing or mask wearing or vaccines,” Collins said on Sept. 16 at a gathering for the 21st Health Coverage Fellowship hosted by Babson College in Wellesley, Mass. “And we lost their confidence as a result of that.”

Collins, who now serves as a science adviser to the White House, suggested to journalists that a new government agency may be required to improve communications and fight “misinformation,” according to the health news website STAT, which provided excerpts of his remarks.

He praised the work and “unanimity of the scientific community” in the early days of the pandemic, which he credited with “trying to make sure that no stone was unturned to come up with vaccines and therapeutics and diagnostic tests that might save the lives that we were losing every day.”

Remarking on the “breathtaking” speed of mRNA vaccine development, he lamented that millions of Americans declined to get vaccinated against COVID-19 because of distrust in public health authorities.

“We had that remarkable experience with the mRNA vaccines where you went from knowing the sequence of the virus to designing the mRNA vaccine in 48 hours, to 63 days later, having the first patient injected in a Phase 1 trial — just breathtaking in its speed. And I never dreamed that six months later, when anybody who wanted the vaccine could get it, that 50 million people weren’t and still aren’t [vaccinated],” Collins said.

He continued, “The Kaiser Family Foundation estimates well over 300,000 Americans are in graveyards today because of the misinformation, the doubt, the suspicion, the distrust that caused them to say, ‘That vaccine is not safe for me.’ How did that happen? I never saw that coming. And the consequences of that are all around us now. And it continues. We’re still losing 400 people a day, many of them still unvaccinated.”

He blamed widespread distrust in the government on failures “to convey scientific information in a fashion that was compelling.”

“We were basically outgunned dramatically by lies and conspiracies in social media. We should have had our own version of flooding the system with truth instead of having the system completely flooded with lies,” Collins said. “Some people I’ve talked to have said, ‘You know, every lie, every conspiracy about COVID, whether it’s the chips in the syringes or whether it’s going to make you sterile, every one of those were predictable.’ We should have immunized people against that ahead of time, because that’s exactly what is going to happen in a situation like that.”

Moving forward to the future, he suggested that the government should officially act to counter “misinformation.”

“Maybe we need a Communication Corps for the United States,” he suggested. “I’m deeply concerned that science trust has taken a significant downward turn, and that is really putting us in a very bad position for whatever is coming up next: the next pandemic, polio, certainly climate change.”

Collins’s leadership at NIH throughout the course of the pandemic was controversial. He and his subordinate Dr. Anthony Fauci have faced questions over the roles they played in supporting gain-of-function research — studies that genetically alter pathogens to become transmissible among human beings to study how a virus may evolve in nature. In 2011, he and Fauci co-authored an op-ed in the Washington Post defending the practice.

In 2014 and 2019, NIH approved at least two separate grants for the nonprofit group EcoHealth Alliance to study bat coronaviruses in China. These grants funded gain-of-function research studies, which have been at the center of a hypothesis that COVID-19 originated from a research-related laboratory accident in China.

Collins has repeatedly denied that NIH ever funded gain-of-function studies on coronaviruses “that would have increased their transmissibility or lethality for humans.” He has also coordinated with other prominent public health scientists and officials, including Fauci, to discredit the lab-leak theory.