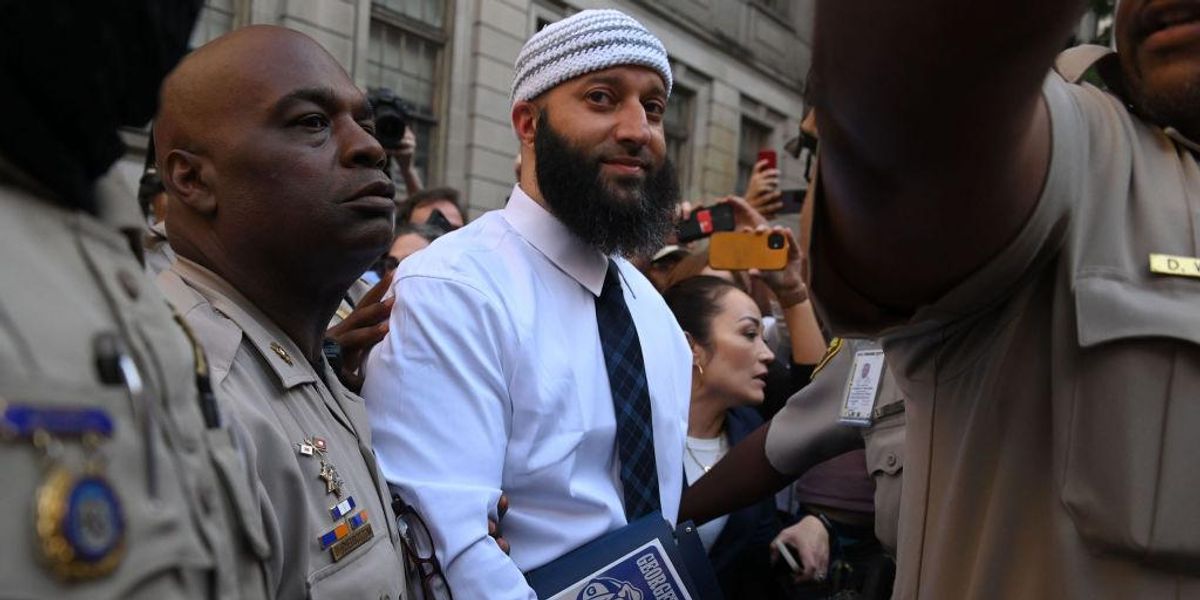 On Monday, Adnan Syed was freed after having spent 23 years fighting his conviction on charges that he murdered his former high school girlfriend.

Syed’s case was chronicled in the first season of the hit podcast “Serial.”

Judge Melissa M. Phinn of Baltimore City Circuit Court vacated the conviction “in the interests of justice and fairness,” reports the New York Times . The judge found that prosecutors had failed to turn over evidence that could have helped Syed at trial.

Syed was 17 when he was charged with murdering his ex-girlfriend, Hae Min Lee. Lee was found strangled to death and buried in a park outside of Baltimore. Authorities suspected that Syed, upset with Lee breaking up with him, struggled with Lee in a car before killing her.

The “Serial” podcast became a national sensation in 2014 when, over the course of 12 episodes, it detailed the case against Syed. The podcast highlighted the strange events surrounding Syed’s lawyer, who was disbarred in 2001 and died in 2004.

Prosecutors said that they have been conducting an investigation along with Syed’s lawyer and have identified two possible “alternative suspects” in Lee’s murder. Those suspects have not been named publicly or charged, according to the New York Times. The investigation also identified “significant reliability issues regarding the most critical pieces of evidence” used to convict Syed.

“If that evidence had been disclosed, perhaps Adnan would not have missed his high school graduation, or his pre-med plans, or 23 years of birthdays, holidays, family gatherings, community events and everyday moments of joy,” Syed’s attorney, Eric Suter said.

The state has 30 days to decide whether it wants to retry Syed.

Lee’s brother told the court that he’s not against a continued investigation, but he believes Syed’s conviction should stand. He noted that his family still grieves over the death of his sister. “Every day when I think it’s over … it always comes back,” he said. “It’s killing me.”

Syed did not speak to reporters on his way out of court, but Suter recalled Syed telling her “he couldn’t believe it’s real” after the ruling, reports the Baltimore Sun.

A 2020 report by the National Registry of Exonerations found that the concealment of exculpatory evidence is the most common type of misconduct and occurred in 44% of the exoneration cases the report studied.