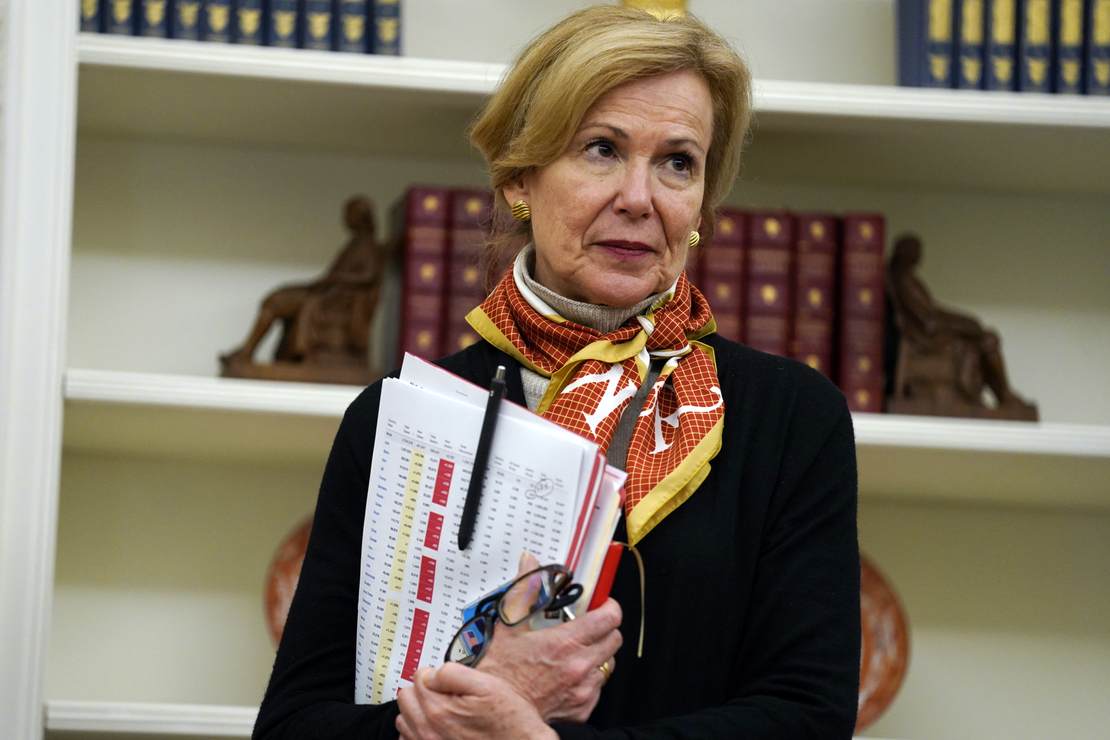 In an explosive interview ahead of the recent election of the new prime minister in the UK, Chancellor Rishi Sunak detailed how policymaking in the nation got outsourced to a group called Sage. He also recounted his objections to giving an unelected group with little to no transparency so much power.

Sage stands for Scientific Advisory Group for Emergencies. In Sunak’s retelling, the group packaged policy prescriptions for Prime Minister Boris Johnson and his cabinet to implement. As the nation approached the most draconian pandemic policy, the lockdown, Sunak said that the PM’s office wanted to position the orders as following the science.

To do that meant “elevating Sage, a sprawling group of scientific advisers, into a committee that had the power to decide whether the country would lock down or not. There was no socioeconomic equivalent to Sage; no forum where other questions would be asked,” according to Sunak.

When the recommendations came from Sage, they effectively set the policy for the UK. Not even cabinet members would know how the group reached these decisions. As a result, Sunak says he pushed back on the narrative:

“In every brief, we tried to say: let’s stop the “fear” narrative. It was always wrong from the beginning. I constantly said it was wrong.” The posters showing Covid patients on ventilators, he said, were the worst. “It was wrong to scare people like that.” The closest he came to defying this was in a September 2020 speech saying that it was time to learn to ‘live without fear’ – a direct response to the Cabinet Office’s messaging. “They were very upset about that.”

If you take a deep dive into the Sage website, you will find the Scientific Pandemic Insights Group on Behaviours (SPI-B). The SPI-B’s job is to “provide advice aimed at anticipating and helping people adhere to interventions that are recommended by medical or epidemiological experts.” In other words, this team helps the other “experts” give you a “nudge” to behave. In fact, one of the members, Dr. David Halpern, leads what is officially called the Nudge Unit.

You may think the Nudge Unit sounds like something from a campy Austin Powers movie, but it is a terrifying reality. Where did it get such a horrific name? According to the Unit’s website, “It is called ‘nudge’ after the book by Richard Thaler [who went on to win the Nobel prize in economics] and Cass Sunstein, which set out how people are not the rational economic actors beloved of conventional economic theory – but can be influenced by “choice architecture” into making better choices in their own interests.” If you don’t know, Sunstein is the husband of Samantha Powers and was an advisor to President Barack Obama.

There is an entire cabinet department in the UK government focused on influencing citizens’ “choice architecture” so they make choices the government prefers. The authors of Nudge are explicit about the roadmap they have provided. In 2021, Thaler and Sunstein put out their final edition. From the description:

Since the original publication of Nudge more than a decade ago, the title has entered the vocabulary of businesspeople, policy makers, engaged citizens, and consumers everywhere. The book has given rise to more than 200 “nudge units” in governments around the world and countless groups of behavioral scientists in every part of the economy. It has taught us how to use thoughtful “choice architecture” – a concept the authors invented – to help us make better decisions for ourselves, our families, and our society.

The authors believe the tools they invented to manipulate the masses can be applied to various initiatives, including but not limited to COVID-19, health, personal finance, retirement savings, credit card debt, home mortgages, medical care, organ donation, and climate change. The great news is the United States had a “nudge unit” when President Barack Obama established one by executive order in 2015.

Formally called the Social and Behavioral Sciences Team, it became a subcommittee of the National Science and Technology Council, representing more than a dozen organizations across government, including the Departments of Defense, Agriculture, Veterans Affairs, Health and Human Services, and Education. Staff from the Executive Office of the President were also represented. These units seemed to be very popular among western governments:

More than two dozen governments, including the U.S., now have a team of behavioral scientists tasked with trying to improve bureaucratic efficiency to “nudge” their citizens toward what they deem to be higher levels of well-being.

A few recent examples include a push by the socialist French government to increase the numbers of organ donors, a conservative UK government plan to prevent (costly) missed doctor appointments, and efforts by the Obama White House to boost voter turnout on Election Day.

Hysterically, some professionals worried that President Donald Trump would use the team Obama established to his own political ends. As if boosting voter turnout was value neutral under Obama. Instead, Trump disbanded the group, much to the chagrin of Slate.

Both young Americans who were at extremely low risk from Covid and older Americans who were at higher risk had apparent preferences for socialization during the pandemic. Younger Americans have a higher tolerance for risk-taking, and older ones value social relationships to stay positive. Still, Slate argued that the public health bureaucracy needed behavioral scientists to convince Americans to behave differently than they would prefer to “save lives.” Even if those lives were ruined by a decimated social fabric and the attendant loneliness that negatively impacts physical and mental health whether you are young or old.

Here, the White House’s messaging in Monday’s press conference is in line with Crockett’s recommendation: Coronavirus task force coordinator Deborah Birx spoke of focusing on protecting older Americans and then specifically called for millennials to do their part to stop the virus.

The UK Nudge Unit prides itself on “the use of ‘disgust’ as an incentive to wash hands during the pandemic.” Dr. Birx used disgust as an incentive too. She taught America to view children as vectors of disease. As a society, America chose to exact some of the highest costs of the pandemic on the very people adults are supposed to protect at all costs. And Birx started it.

On March 25, 2020, she told a personal story that could not possibly be verified to encourage Americans to social distance. “My grandmother, for 88 years, lived with the fact that she was the one at age 11 who brought home flu…when her mother had just delivered. And her mother succumbed to the great 1918 flu,” Birx said. The media picked up this theme, and before we knew it, teachers’ unions were using the very children they teach as an excuse not to return to work. The children were disease vectors, not students. Quite a “nudge.”

Recommended: This Should Terrify Every American: DOJ Harasses Citizens for Exercising Their First Amendment Rights [UPDATED]

The use of behavioral science to manage the masses is not limited to government agencies. The Rockefeller Foundation, the National Science Foundation, and other nonprofits are pouring millions of dollars into a research initiative to get citizens to comply with public health recommendations. The Mercury Project will pay for the work of 12 teams “advancing ambitious, applied social and behavioral science to combat the growing global threat posed by low Covid-19 vaccination rates and public health mis- and disinformation.” From the press release:

The Social Science Research Council (SSRC) announced it will provide an initial USD 7.2 million in direct research funds to 12 teams working in 17 countries in order to better understand how health mis- and disinformation spreads, how to combat it, and how to build stronger information systems, while increasing Covid-19 vaccination rates. Through the Mercury Project—enabled by The Rockefeller Foundation, Robert Wood Johnson Foundation, Craig Newmark Philanthropies, and the Alfred P. Sloan Foundation with a total of USD 10.25 million so far—the SSRC is supporting a first cohort of social and behavioral scientists from around the world to generate much-needed new research on locally tailored solutions in Bolivia, Brazil, Côte D’Ivoire, Ghana, Haiti, India, Kenya, Malawi, Mexico, Nigeria, Rwanda, Senegal, Sierra Leone, South Africa, Tanzania, United States, and Zimbabwe.

Note that the United States is the only advanced western nation that is a target of the project. One of the proposed interventions includes targeting teens to educate them about how to identify vaccine misinformation. It does not take much imagination to predict what this “education” will look like. It will boil down to listening only to the government bureaucrats and their enablers.

One of the agencies involved in Project Mercury is the National Science Foundation (NSF). The NSF provided $20 million to the initiative. The NSF is an “independent” agency funded by Congress. So, the teams in the Mercury Project are not only figuring out how to “nudge” you and your children. The American taxpayer is helping to fund it. Just another bit of tyranny Republicans need to end when they control the purse strings.

USDA air dropping vaccines from helicopters across 13 states, using vaccine “bait” deemed HAZARDOUS if ingested
Look Ma, No Strings! Denver to Give $12k to 140 Lucky Homeless People
LITHIUM mining for electric vehicles is incredibly destructive to the environment and about as far from “green” as you can imagine
Liz Cheney threatens to leave Republican Party if Trump is the nominee, vows to help Democrats win Arizona gubernatorial race – Kari Lake fiercely fires back
Kentucky court suspends prosecutor who allegedly had sexual relationship with, received nude photos from defendant in exchange for legal favors