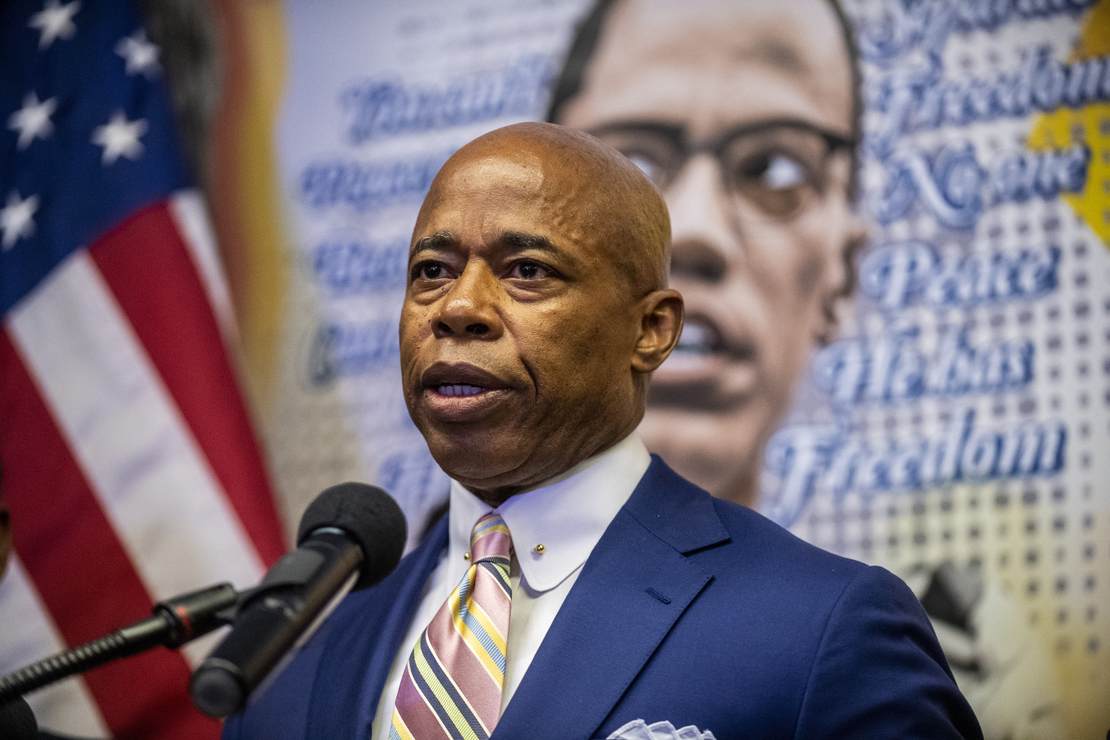 The busing of recently released illegal aliens from Texas to Washington, D.C., Chicago, and New York City has given those blue state mayors a migraine. Texas Gov. Greg Abbott has bused about 13.000 illegals to those cities — more than 10,000 to Mayor Muriel Bowser’s Washington, D.C. — and rather than demand that the White House do something about the crush of illegal aliens at the border, they are whining about Abbott’s “inhumanity” for asking the Democratic mayors to take in 1/100 the number of illegals that Texas and Arizona are dealing with.

Calling Abbott names may be emotionally satisfying and perhaps a bit of fun, but weeping, wailing, and gnashing teeth won’t stop the bus rides.

Why isn’t Biden leaning on Abbott and other Republicans to stop busing illegals to Democratic cities? Why doesn’t he sic the Justice Department on Abbott and other GOP governors? The short answer is that Biden doesn’t have the authority. Abbott, Gov. Doug Ducey (R-Ariz.), and Gov. Ron DeSantis (R-Fla.) are using state dollars for the bus program. They aren’t making immigration policies. They’re simply facilitating the transportation of illegal aliens already processed and released.

And you may have noticed that Biden has kept the attack rhetoric coming from the White House to a minimum.

“While we continue to work with our regional partners to manage the new migration challenge caused by failing authoritarian regimes in Venezuela, Nicaragua, and Cuba, we are also leading a comprehensive effort to support cities that are welcoming the people fleeing communism who Governor DeSantis and Governor Abbott are using as political pawns,” said White House Assistant Press Secretary Abdullah Hasan in a statement.

That’s a far cry from all but calling Abbott an unfeeling monster for busing people to blue state cities.

D.C. Mayor Muriel Bowser in early September declared a public emergency over migrants bused to her city, which allows the city to access $10 million to help in the effort. But, as the Washington Post reported at the time, the emergency declaration was also an acknowledgement that the Biden administration wasn’t going to help her.

The Department of Defense had twice rejected Bowser’s request for National Guard troops to help in unloading migrants Abbott and Arizona GOP Gov. Doug Ducey sent to the nation’s capital. The Pentagon, according to the Post, rejected the mayor’s request because National Guard troops aren’t trained in sanitation and food service and deploying them to assist the city could take away from the Guard’s readiness.

It should be obvious to those mayors that Biden’s hands are basically tied. He can’t sue governors for helping him disburse the massive numbers of illegal aliens he has allowed into the United States.

But the mayors might have a case if Abbott goes too far and turns the bus program — Operation Lone Star — into a genuine humanitarian crisis. Nine buses arrived in New York City on Sunday — a record.

But Adams’ nearly incoherent response shows why Abbott has little to fear.

“This is to cover up the erosion of human rights that both those governors have been participating in, and they’re attempting to show other ways they are eroding human rights of individuals, even those new arrivals,” Adams said on MSNBC’s The Sunday Show.

Huh? Why would anyone in their right mind “show other ways they are eroding human rights of individuals, even those new arrivals?”

And did you know that abortion is a “human right”? I thought not.

“Do any of us like the situation we’re in? Absolutely not. I would suspect the individuals in southern states that are trying to get the attention of the administration would love to have other alternatives too. It’s been 606 days since Joe Biden took office and this problem has done nothing except continue to develop,” U.S. Sen. Mike Rounds, a Republican from South Dakota, said on CNN.

Adams, Lightfoot, and Bowser all have a telephone and know the number to the Oval Office. If they started to complain to Biden about his failed border policies instead of engaging in useless, incoherent name-calling of Republican governors, they might make the situation in their cities marginally better.