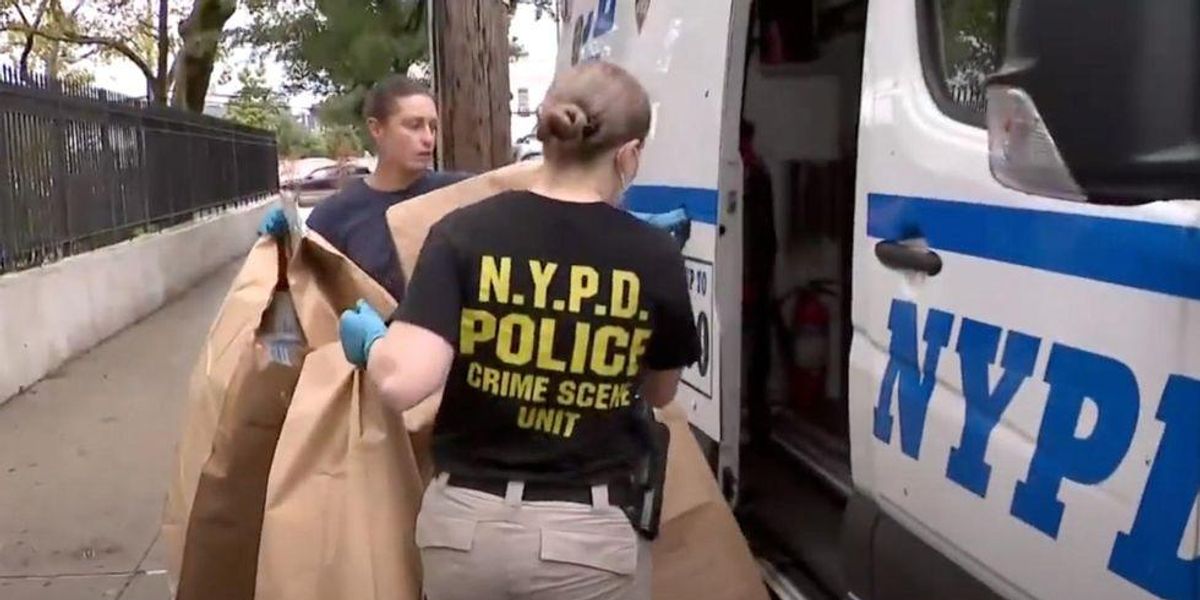 Neighbors at an apartment building in Brooklyn, New York, are shocked after police said they discovered dismembered human remains in two suitcases.

Police were called to the 6th floor apartment after a security guard said that he found a gruesome scene when he went to inspect reports from neighbors of a foul smell.

He said that he tried to enter the apartment but was prevented by the 22-year-old woman’s boyfriend, a 23-year-old who reportedly lived at her residence at times. He said that he saw the man and another man sneak out of the building with what looked like evidence as the guard called the police.

When he went back up to the apartment, he found a bloody bathroom, the two suitcases, and a meat cleaver. There were also some human remains in the bathroom.

Friends of the woman said she was a sweet and kind person. Neighbors said that she had been in an abusive relationship and had heard fighting coming from the apartment.

“A lot of fighting. Arguing, like I said,” said a neighbor to WNBC-TV. “You hear arguing, banging, loud stuff, regular stuff. But you can’t — like I said, if you try to interrupt and stuff, you’re putting yourself in a problem you can’t solve.”

Police are searching for her boyfriend. A medical examiner will determine the cause of death and police are actively investigating the incident.

“This neighborhood is not the best neighborhood, to be honest with you, but this is outrageous. Absolutely outrageous,” said neighbor Lindsey Vena to WCBS-TV. “It makes me scared to even be around here. I’m just sick.”

The woman had an order of protection against her boyfriend, who had violated the order in the past by showing up at her apartment unannounced.

Here’s more about the disturbing incident:

There in Spirit: Nets Bury Biden Looking for Dead Congresswoman During Speech
Awkward: Bill Clinton Tells CNN “There is a Limit to How Many Migrants Any Society Can Take”
Wuhan Institute of Virology vice-director EXPOSED as CCP official overseeing biosafety
Joe Biden Is Shrinking the Democratic Party
ABC Ignores Own Poll Showing 56 Percent of Dems Don’t Want Biden in ’24