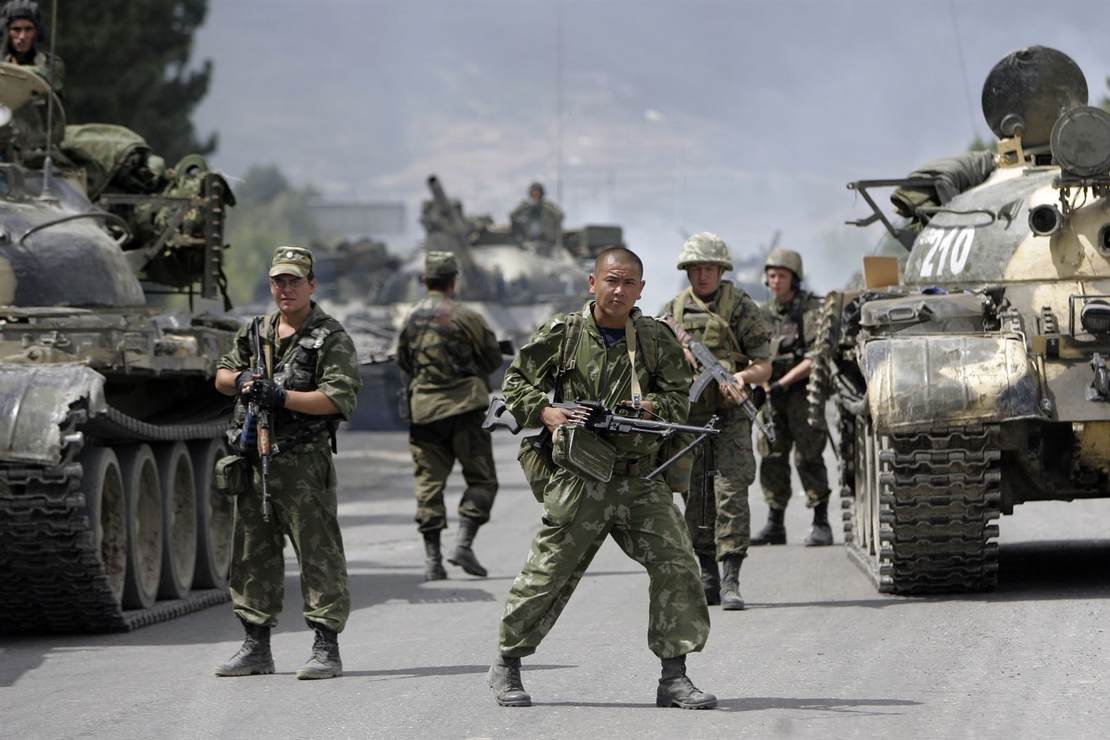 President Vladimir Putin’s conscription order is not going over well in Russia. Until now, Putin’s policy of maintaining a “business as usual” facade during the war was generally working. There were few protests and certainly no mass uprisings.

Young Russians are fleeing the country. One-way airplane tickets out of Russia have sold out. Anti-draft protesters are taken to enlistment centers and ordered to join the military. And everywhere, there is fear.

“Everyone is very scared now,” a young man identified as “Danil,” told the Financial Times.. “If you could find a way to ignore it before, now there’s no way.”

⚡️ Meduza: At least 5 recruitment offices set on fire in Russia amid mobilization.

Two military enlistment offices were set on fire in Khabarovsk and in Amur Oblast on the night of Sept. 22, Russian news outlet Meduza reported.

Just two weeks ago, Putin was at the opening of a giant Ferris wheel in Moscow, proclaiming, “There is nothing like that in Europe.” A day later, the ride broke down, leaving people stranded a couple of hundred feet above the ground. A metaphor? An omen?

Sometimes a Ferris wheel is just a Ferris wheel. But it’s hard to ignore the gigantic clusterfark that Putin has brought about by his mania to “win” in Ukraine.

A more rational leader might have decided to cut his losses by declaring victory and bringing the boys home. Putin’s propagandists could spin it any way they wished. They could portray Putin as the greatest conquerer since Peter the Great, and a large percentage of Russians would believe him.

But Putin has removed his safety harness and is now flying without a net. And he has brought this situation on himself. He must now either achieve total victory or die.

Russia’s long-suffering people have taken to the streets as protests have erupted all across Russia.

On Moscow’s Arbat street, protesters chanted for Putin to go to the trenches himself before police violently dispersed them. At least 1,386 people were arrested at protests in 38 cities, according to OVD-Info, an independent monitor. “

This is the last dying breath of the system as it collapses, the final death throes. It’s trying to show that it’s still in control, but this is an illusion,” said Egor, a 38-year-old protester.

How desperate are young Russian men to avoid the draft? Newsweek reports that a trending search online has been “как сломать руку в домашних условиях,” or “how to break an arm at home.” After Putin’s speech announcing conscription, search requests for that term skyrocketed.

No one expects thousands of young men to injure themselves deliberately. But leaving the country has become an epidemic.

Since President Vladimir V. Putin’s announcement on Wednesday of a new troop call-up, some Russian men who had once thought they were safe from the front lines have fled the country. And they have done so in a rush, lining up at the borders and paying rising prices to catch flights to countries that allow them to enter without visas, such as Armenia, Georgia, Montenegro and Turkey.

Though Mr. Putin officially called up only reservists, saying that only men with military experience would receive orders to report for duty, many worried that the government would impose new travel restrictions on conscription-aged men and wanted to make a quick escape just in case.

The war is heading into truly dangerous territory. The nuclear threats continue, and not just from Putin. Many in his inner circle are echoing the threat. Either he’s being misinformed about the seriousness of a potential U.S. response, or he doesn’t care. They’ve been warned, Putin is saying of NATO and the U.S. After so many warnings that Russia would use nuclear weapons, the truly alarming prospect is that Putin may feel he has to use a nuke just to maintain a credible deterrent.

That’s a road that neither side wants to go down.

DEACE: EPIC montage packed with headlines that are almost TOO cringe to watch
NY Times Alarmed By GOP Spreading ‘Racist Fears’ About Soft-on-Crime Democrats
Is Your Child an “It?”
The Biden Family’s Creepy Obsession With Children
Former substitute teacher accused of raping a 14-year-old student found dead in jail cell