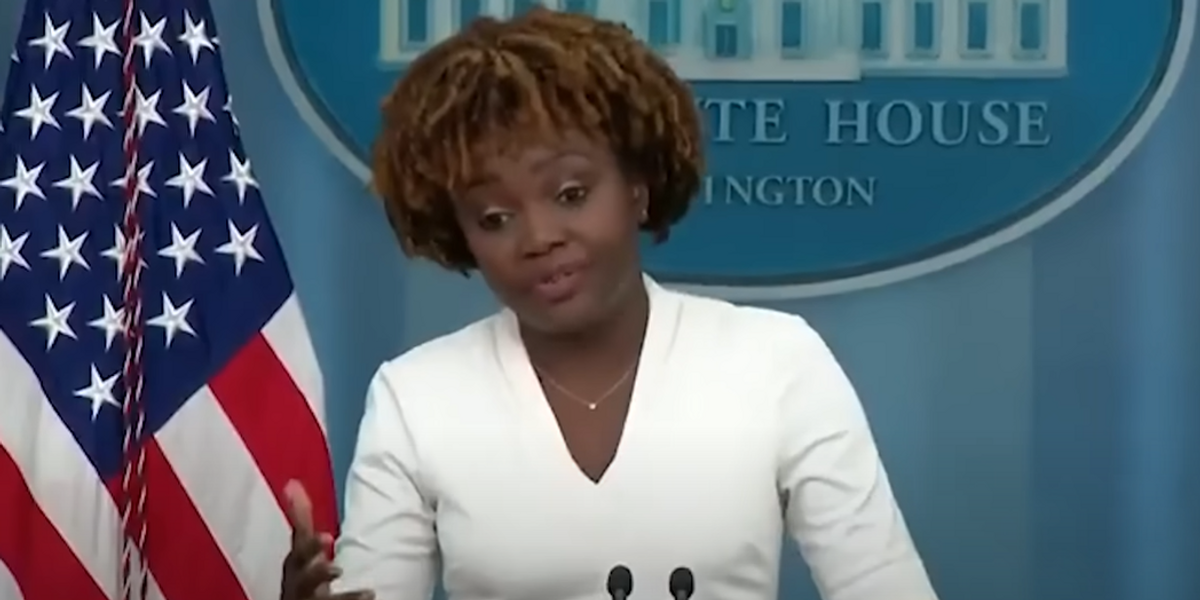 On a recent episode of “The Rubin Report,” BlazeTV host Dave Rubin shared a video clip of White House press secretary Karine Jean-Pierre attempting to dodge a reporter’s question about the Biden administration’s glaring hypocrisy when it comes to transporting migrants to different parts of the country. Did Jean-Pierre admit to more than she intended in her panic?

After Florida Gov. Ron DeSantis (R) sent a mere 50 illegal immigrants — out of the record-breaking nearly 4 million since President Joe Biden took office — to Martha’s Vineyard in the so-called “sanctuary state” of Massachusetts, Democrats have been crying foul, saying the ultra-wealthy community doesn’t have anywhere to put 50 people, calling it a “humanitarian crisis,” and a “cruel premeditated political stunt,” and accusing DeSantis of crimes from kidnapping to human trafficking.

But when a reporter questioned the White House press secretary about claims that the Biden administration has been doing precisely the same thing by shipping tens of thousands of migrants all around the country, Jean-Pierre seemed to panic.

“DeSantis, apparently, said it was essentially no different than what the federal government has done in sending, you know, flights in the middle of the night — that’s how it’s characterized, you know, taking migrants to various different states. Do you have a response to that?” the reporter asked.

“We are offering solutions. That’s what the Biden Harris Administration has been doing since day one, including on the first day, putting forth a comprehensive immigration reform to deal with this issue,” Jean-Pierre blurted out.

“I don’t know what question she’s answering,” Rubin commented after watching the video clip. “They just answer questions that have nothing to do with nothing. They say words to get to the period in the sentence, so the sentence is over, and they’ve done nothing but take you on a ride of B.S.”

Kanye West announces 2024 presidential bid despite netting fewer than 70,000 votes in 2020
Sorry Fauci, Americans Are so Over COVID
Federal Reserve set to introduce privacy-crushing digital currency that can be ‘controlled’ and ‘programmed’ by government bureaucrats
Trudeau government discussed using tanks to crush peaceful Freedom Convoy protests
Men In Thongs, ‘They/Them’ Stuffed Animals & The War On ‘Mom’ | Woke of the Weak