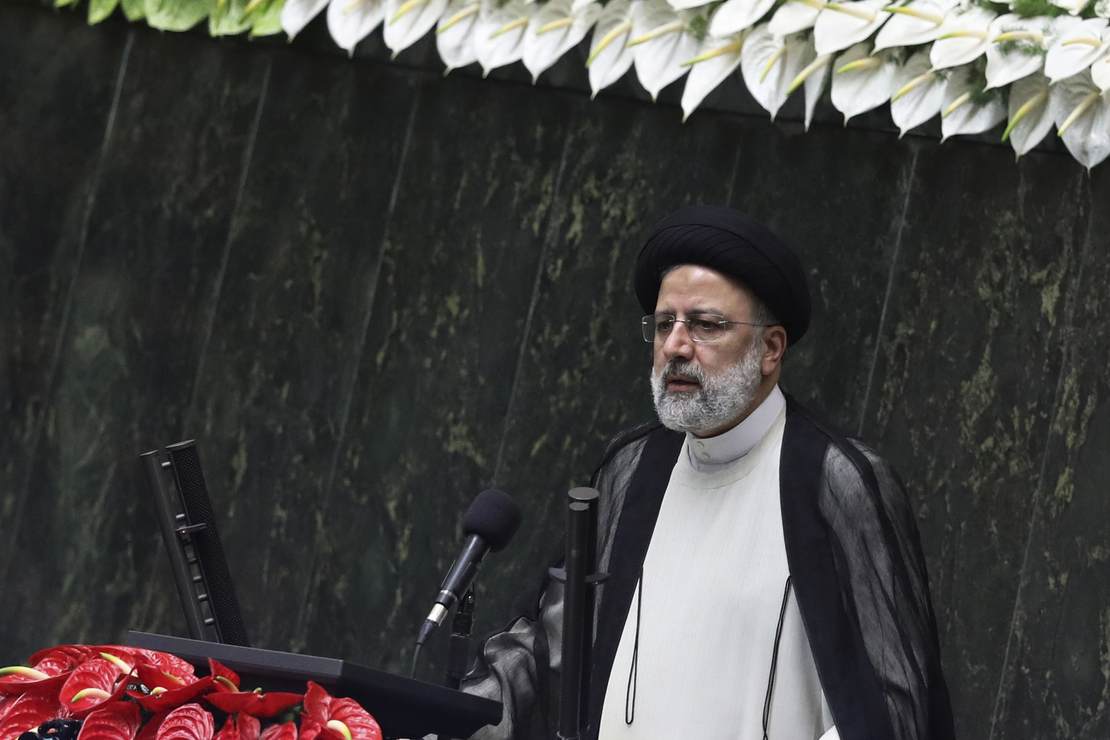 Finally, a little moxie was shown by a Western woman in the face of Iranian misogyny.

Iranian President Ebrahim Raisi withdrew from a long-scheduled CNN interview with reporter Christiane Amanpour on the sidelines of the UN General Assembly meeting when she refused to wear a head scarf.

Raisi was running late for the interview when an aide suggested that Amanpour cover her head “out of respect” for the Muslim holy months of Muharram and Safar and the “situation” in Iran. Iran has been embroiled in protests as a result of the death of a young woman while in the custody of the morality police.

Amanpour, born in Tehran, declined to wear the head scarf outside of Iran, although she usually wears one while reporting from Iran.

“I very politely declined on behalf of myself and CNN, and female journalists everywhere because it is not a requirement.”

It could very well be that Raisi got cold feet at the prospect of being interviewed by a woman at a time that women all over the Middle East, and especially Iran, are demanding to be treated like human beings, not chattel. And if you’ve seen Amanpour’s interviews with Muslim extremists, you know she wouldn’t have let Raisi off the hook.

Raisi’s “election” was engineered by the nation’s Guardian Council, whose thumb on the scales of the 2021 election was so pronounced that it was boycotted by most of the moderate elements in the country. Even an extremist like former President Mahmoud Ahmadinejad refused to vote, saying, “I do not want to have a part in this sin.

Supreme Leader Ayatollah Khamenei didn’t like the administration of the previous president, Hassan Rouhani, who was far too moderate for Khamenei’s tastes. The Supreme Leader believed a little Islamic fire and brimstone was needed to get the people back in line. Hence, the election of Raisi, known for his sentencing of tens of thousands of Iranian political dissidents to death in 1988.

Along with Raisi’s election, there’s been a growing crackdown by the morality police. The current protests were initiated after the death of Mahsa Amini, a 22-year-old woman who was picked up by the police while out walking with her family. The morality police determined that the headscarf she was wearing wasn’t adequately covering her head. Two days later, she was taken to the hospital and put on a respirator.

She died two weeks ago.

Mahsa Amini, 22, is in a coma after being tortured by Iranian authorities.

This would be unacceptable no matter what, but the fact that she was arrested for improper wearing of the hijab makes it even more horrifying.

Please join me in sharing her name and story.#مهسا_امینی pic.twitter.com/FEB6BYfIZO

According to human rights groups, 37 Iranians have died in escalating anti-regime protests so far. The death of  Amini may have been the catalyst, but Iran is an economic basket case with 50 percent inflation and 20 percent unemployment (higher for those under 30). Certainly, the hopelessness felt by ordinary people has something to do with the massive turnouts at demonstrations, despite the threat of death from police.

“Since the government cut the internet to outside of Iran, things have only been getting worse,” one Iranian woman living in Dubai told CNBC, whose family members inside Iran communicate to her using shaky connections provided by VPN.

“But our people are not stepping down and want to keep fighting to overthrow the government,” she said, also speaking anonymously out of fear of government reprisal.

It’s a shame that Raisi didn’t have the guts to sit down with Amanpour and explain why he and Islamic men who think and believe like him are so terrified of women that they have to keep them in virtual bondage to hang on to them. Wouldn’t you like to hear someone like Raisi justify their bullying of women without the religious double talk?

It’s difficult to remember we live in the 21st century looking at fanatics like Raisi.

Tucker Carlson: Apple is ‘now an active collaborator with China’s murderous police state,’ in ‘no sense American’
Chinese communist official blames US fentanyl and coronavirus deaths on ‘freedom’ and gets scorched by backlash
Musk-Owned Twitter ‘No Longer Enforcing’ So-Called COVID-19 Misinfo Policy
Canada Looks to Expand Assisted Suicide Law to Allow the Most Vulnerable to Choose Death
Big Tech censorship of vitamin D as covid treatment KILLED 116,000 Americans so far, warns the Health Ranger, who was banned by YouTube, Twitter and Facebook for telling the TRUTH