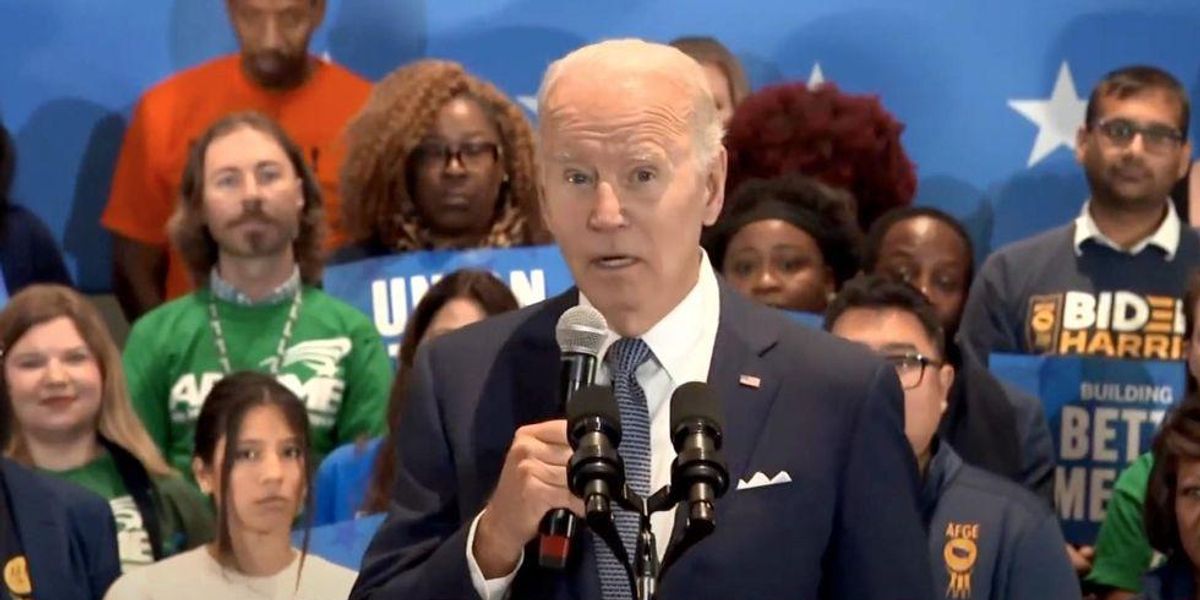 President Joe Biden confused his supporters on Friday when he made a bizarre statement during a speech at the National Education Association headquarters in Washington, D.C.

Biden was trying to rebut Republican messaging ahead of the pivotal midterm elections when he stopped mid-speech to make a joke.

“But guess what, we got a lot to do. You gotta say hi to me,” he said, interrupting his speech to speak to someone in the audience.

“This woman helped me get an awful lot done, but anyway,” he explained before moving on to the rest of his speech.

Although the union teachers at the event laughed at the inappropriate joke, many on social media compared it to other instances where Biden made creepy or bizarre comments and behavior.

One instance of the video of Biden’s comments garnered over 1.6 million views in just a few hours as commentator assailed him for the gaffe.

“As dementia progresses, patients lose more of their filter and tend to blurt out the truth,” replied podcast host Monica Crowley.

The Democrat had been previously accused by several women of sexual harassment and assault. Critics of the president have noted his peculiar habit of sniffing women’s hair at public events as well.

Biden went on to promise that he would veto a ban on abortion if Republicans won control of Congress in the midterm elections and passed the proposed legislation.

“If Republicans win control of Congress, abortion will be banned. And by the way, it will be initially banned, but if they win Congress, I will veto it,” he promised.