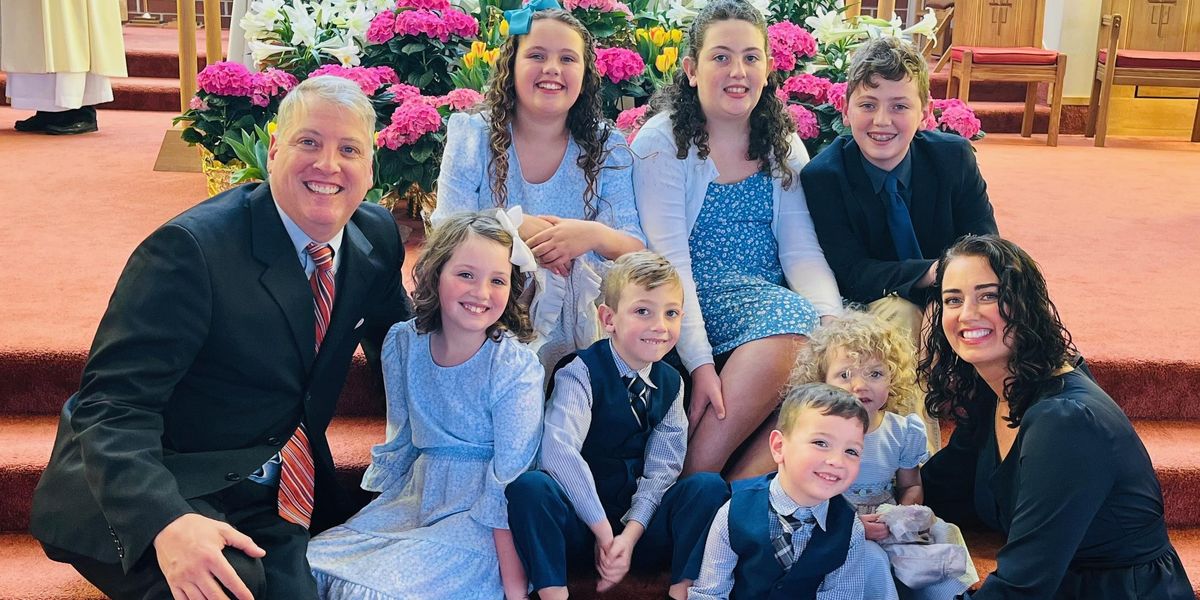 A pro-life activist and author had his home raided by as many as 30 FBI agents with guns drawn, according to his wife. The sidewalk counselor and father of seven now faces up to 11 years in federal prison for allegedly pushing a man to the ground outside of an abortion clinic in Pennsylvania nearly a year ago. The pro-abortion man allegedly harassed the Christian man’s young son.

Mark Houck is a Catholic author, lecturer, radio host, and co-founder of The King’s Men – a club for men “to unite and build up other men in the mold of leader, protector, and provider through education, formation, healing, and action.”

On Oct. 13, 2021, Houck allegedly went to sidewalk counsel at the Planned Parenthood Elizabeth Blackwell Health Center in Philadelphia. He brought his eldest son with him – who was 12 years old at the time.

Houck’s wife, Ryan-Marie Houck, told LifeSiteNews, “For ‘weeks and weeks,’ a ‘pro-abortion protester’ would speak to the boy saying ‘crude … inappropriate and disgusting things,’ such as ‘you’re dad’s a fag,’ and other statements that were too vulgar for her to convey.”

Houck’s wife claimed that Love got into “the son’s personal space” and refused to stop saying “crude… inappropriate and disgusting” comments at the father and son.

Mark Houck “shoved him away from his child, and the guy fell back” and he hit the ground. Houck allegedly pushed the pro-abortion man to the ground outside of the Planned Parenthood clinic a second time. Love – a 72-year-old volunteer escort at the abortion clinic – reportedly suffered injuries that required medical attention.

Police were called, but Houck was reportedly not charged because there was a “lack of evidence” of an assault.

Ryan-Marie Houck claimed that Love “tried to sue Mark,” but the case was thrown out of court this summer.

Around 7:05 a.m. on Friday, the Houck’s home was reportedly raided by 25 to 30 FBI agents and 15 government vehicles surrounded their house.

Ryan-Marie Houck said the FBI agents had their guns drawn and “they started pounding on the door and yelling for us to open it.”

Mark Houck allegedly told the FBI agents, “Please, I’m going to open the door, but, please, my children are in the home. I have seven babies in the house.”

When the front door was opened, Ryan-Marie said, “They had big, huge rifles pointed at Mark and pointed at me and kind of pointed throughout the house.”

“The kids were all just screaming,” she said. “It was all just very scary and traumatic.”

Houck was arrested and taken away.

President Joe Biden’s Department of Justice charged Houck with a violation of the Freedom of Access to Clinic Entrances (FACE) Act.

The FACE Act prohibits “force or threat of force or by physical obstruction, intentionally injures, intimidates or interferes with or attempts to injure, intimidate or interfere with any person because that person is or has been, or in order to intimidate such person or any other person or any class of persons from, obtaining or providing reproductive health services.”

U.S. Attorney Jacqueline C. Romero said, “Assault is always a serious offense, and under the FACE Act, if the victim is targeted because of their association with a reproductive healthcare clinic, it is a federal crime. Our Office and the Department of Justice are committed to prosecuting crimes which threaten the safety and rights of all individuals.”

Jacqueline Maguire – Special Agent in Charge of the FBI’s Philadelphia Division – said, “Put simply, violence is never the answer. Violating the FACE Act by committing a physical assault is a serious crime for which the FBI will work to hold offenders accountable.”

A GiveSendGo campaign was launched to raise funds for the family. At the time of publication, the crowdfunding campaign had raised more than $43,000.