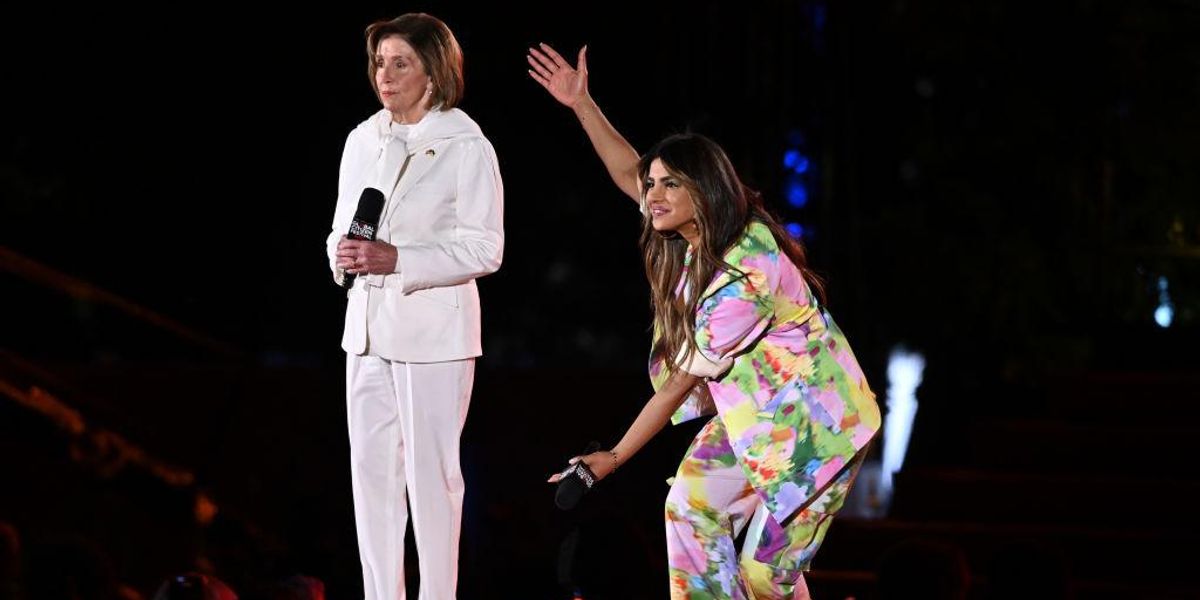 More than 60,000 people were excited to see popular bands perform at the Global Citizen music festival in New York City on Saturday night. However, many in the crowd did not provide a warm welcome to House Speaker Nancy Pelosi (D-Calif.) – who they booed.

Tickets to the Global Citizen music festival are provided to individuals who participate in approved acts of activism.

“Keep taking action to push countries to further invest in women and girls, call on world leaders to keep their promises to finance climate solutions for the world’s most vulnerable, get African farmers the support they need to respond to the global food crisis, and much more,” the organization’s website states. “By taking action, you could also earn a chance to earn some sweet Global Citizen Rewards!”

Despite the progressive agenda of the event in Central Park, the young liberal New York City audience booed Nancy Pelosi as she was introduced to the crowd.

Actress Priyanka Chopra Jonas introduced Pelosi, but she was booed by the progressive audience.

Pelosi spoke about carbon pollution and climate change, according to the New York Post.

“As speaker of the house, I am here to thank you for your dazzling advocacy, entrepreneurial thinking, and determination as global citizens,” the 82-year-old Pelosi told the unimpressed crowd.

“It’s thanks to your help that the United States recently enacted historic climate legislation, which will be a game changer,” she continued as the audience became less interested. “It will slash carbon pollution by 40% by 2030, it will give a historic, a historic $370 billion to fight the climate crisis.”

u201c@JackPosobiec I was at the global citizen festival in Central Park Manhattan, and they brought Nancy Pelosi out and she got heavily booed. ud83dude02u201d

The crowd was much more receptive to the musical acts at the festival, including Metallica, Usher, The Jonas Brothers, and Mariah Carey.

‘Amnesty begins next week’: Elon Musk says Twitter will reinstate suspended accounts, with certain exceptions
Trans psychologist joins lawsuit against school district over hiding students’ gender identities from parents: ‘Essentially teaching children deception’
JetBlue won’t hire unvaxxed because of safety concerns but hired felon to fly planes who was convicted of violent attack – investigators discovered knives, handcuffs, and a shovel in vehicle
Nets Skip Report Biden’s Afghan Withdrawal Was ‘Propaganda Boon’ for China
I am thankful for the living God who — when we are suffering — moves toward us because of Christ