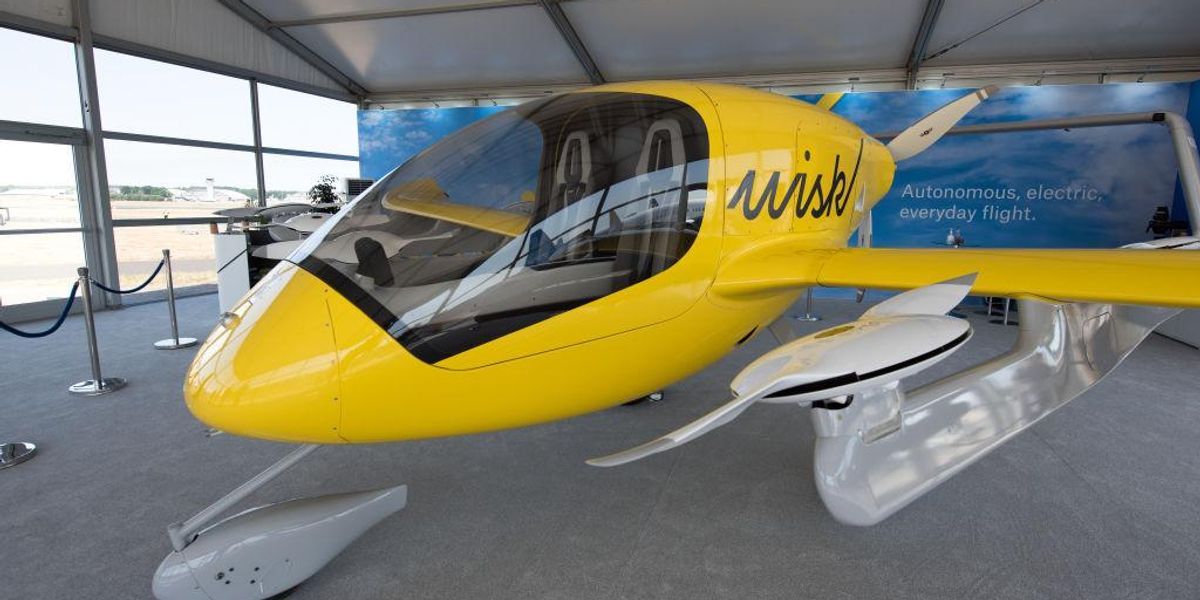 Venture capitalist Peter Thiel once famously lamented the state of modern technology by opining, “We wanted flying cars, instead we got 140 characters.” And while Twitter has since doubled the maximum tweet length to 280 characters, we haven’t seen much progress towards living in the Jetsons’ world. Flying-car enthusiasts saw their hopes further dashed last week as Google co-founder Larry Page’s flying car startup Kittyhawk announced it was winding down.

“We’re still working on the details of what’s next,” the company wrote in a LinkedIn post.

Kittyhawk’s goal was to make an air taxi that could be remotely piloted and take off from nearly anywhere. Bloomberg reports that the company was “targeting a cost of less than $1 a mile, which would have made the taxis cheaper than ride-sharing services.” The project was led by CEO Sebastian Thrun, a pioneer in self-driving car technology.

Many technologists considered Kittyhawk to be the best chance at seeing flying cars in the near future. The company unveiled a demonstration video of a flying car in 2017 and showcased a flying car model called the Flyer in 2018 that could hold one person and fly up to 20 miles, reports CNBC.

In 2020, Kittyhawk ended the Flyer program and shifted its focus to electric aircraft.

In 2019, Kittyhawk announced a strategic partnership with Boeing to develop a fully autonomous, electric aircraft under the name Wisk Aero. Last year, Boeing invested $450 million into the project. Kittyhawk says its recent announcement will not affect the Boeing partnership. “Kittyhawk’s decision to cease operations does not change Boeing’s commitment to Wisk. We are proud to be a founding member of Wisk Aero and are excited to see the work they are doing to drive innovation and sustainability through the future of electric air travel. We do not expect Kitty Hawk’s announcement to affect Wisk’s operations or other activities in any way,” a Kittyhawk spokesperson told CNBC.

A number of Kittyhawk’s air-taxi competitors remain in business, including Joby Aviation, Archer Aviation, Germany’s Lilium NV and Brazil’s Eve. However, the technology has proven difficult to develop; air taxis have suffered numerous crashes during testing in recent months, raising concerns about their safety, reports Bloomberg.

‘I am thankful for the freedom of self’: Women express gratitude for their abortions in piece posted on Thanksgiving
Nets Skip Report Biden’s Afghan Withdrawal Was ‘Propaganda Boon’ for China
Arizona Republicans Are Fighting the War to Save Election Day
Binance, an early FTX investor, linked to CCP, WEF and UN
GOP Sen. Lisa Murkowski defeats Trump-backed challenger Kelly Tshibaka in Alaska