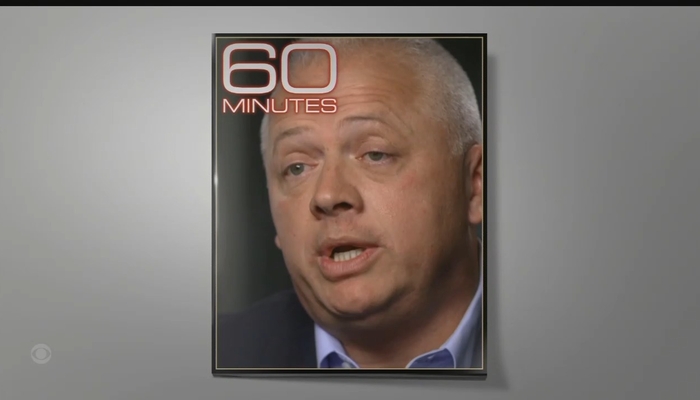 The partisans running the House January 6 Committee would like you to believe there’s a controversy over an ex-Republican coming out with his own “unauthorized” January 6 book the day before their last scheduled committee hearing. Would your average cynical reporter buy this “going rogue” story line? Or does it look conveniently designed to put the Pelosi-picked panel back in the headlines? Liberal media outlets lose all the cynicism when the Democrats are in power. CBS’s 60 Minutes pushed out one of those “bombshell” interviews with Denver Riggleman, the former GOP congressman from Virginia who worked on the committee at Liz Cheney’s urging. CNN and MSNBC were pushing this story in heavy rotation. Their appetite for the January 6 narrative is ravenous.

The 60 Minutes tick-tock was predictably partisan on September 25. A week after Scott Pelley’s soft-soap interview with President Biden, Pelley conducted another soft-soap interview with Secretary of State Antony Blinken. Even there, January 6 came up, as Pelley asked Blinken “Given January 6th, given the fabricated controversy over the election results, do you find that countries around the world are worried about the stability of the United States?”

Next came Bill Whitaker’s supine interview with Riggleman. Whitaker began by saying this man was “once a member of the ultraconservative House Freedom Caucus,” but never asked why he ended up in ultraliberal Pelosi’s clutches. Instead, they hyped up a ten-second phone call no one has heard between a rioter and some unknown person in the White House.

Whitaker described how Riggleman’s data searches uncovered texts from White House chief of staff Mark Meadows. CBS viewers heard the Meadows texts were the “crown jewels,” that Riggleman made a graph of the rioter messaging called “The Monster,” and that these communications read like “an infection.”

Riggleman decried “an administration that was completely eaten up with a digital virus called QAnon and conspiracy theories, an apocalyptic, Messianic buffoonery.” He said this was today’s Republican psyche.

Whitaker offered this one brief feint toward an opposing viewpoint: “People in the Republican Party would say, ‘You’re an opponent, you’re the opposition. Of course, you are going to say this.’” Riggleman said he’d tell Republicans “I’m not their enemy. I’m just a guy who`s trying to tell you that the data doesn’t support that the election was stolen.”

Try to parse that nonsense: I’m not anti-Republican, I’m only saying Republicans have been eaten alive by Q-Anon buffoonery. The publicity streak continued on Monday’s CBS Mornings, where co-host Dokoupil drew a preposterous cartoon for Riggleman: “Where my mom lives in West Virginia, where you’re from in Virginia….they may not even know there’s a committee investigating January 6th. And if they have heard of it, they think it was a peaceful demonstration where a couple of people got out of hand.”

Riggleman agreed, that he somehow has talked to “tens of thousands” of Americans walking through his distilleries who are uninformed morons.

Obama donor/CBS host Gayle King gushed over Riggleman, repeating his description of the “crown jewels” texts and how it was like “staring into the mouth of madness.” Between Sunday night and Monday morning, CBS gave Riggleman almost 22 minutes of publicity.

Put aside the horror of that one afternoon, January 6, and consider how CBS sounded like repeaters, not reporters on this narrative. Just like the hearings themselves, there will be no questioning of the Pelosi plotting. They call this suffocatingly unanimous process “saving democracy.”

Is the GOP Underestimating Joe Biden?
EXPOSED: Joe Biden’s Shameful Complicity With Anti-Semitism in His Party
As I Mark 80 Years of Age…
New homeowner shocked to discover decaying corpse in basement of his house. It was the previous owner.
‘Bad ass black trans’ activist fired from own LGBTQ center for allegedly diverting funds to ‘unknown’ bank accounts