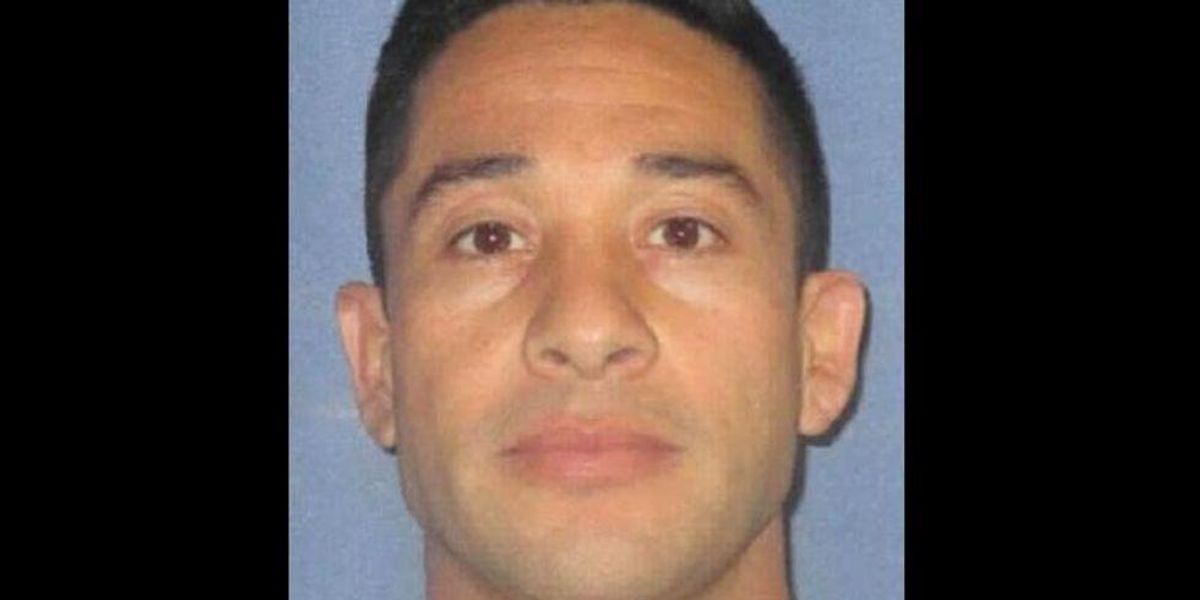 A manhunt is underway to apprehend 42-year-old Porfirio Duarte-Herrera, an illegal alien from Nicaragua who murdered a man outside a Las Vegas Strip casino with a pipe bomb in 2007. Herrera, sentenced to life without parole, was reported missing on Tuesday when he didn’t turn up during a 7 a.m. headcount at Southern Desert Correctional Center in Indian Springs, 45 miles northwest of Las Vegas.

Although reported absent from the medium-security prison on Tuesday, Democrat Nevada Gov. Steve Sisolak — who stands for reelection on November 8 — indicated that a Nevada Department of Corrections investigation found that Herrera had been missing since early this past weekend.

The NDOC released an update Tuesday evening suggesting Herrera has in fact been unaccounted for since Friday evening.

KLAS reported that Herrera may have created a dummy, potentially out of cardboard, to fool guards into thinking he was still in his prison cell.

He allegedly used battery acid to weaken his cell window frame, through which he climbed out.

KSNV’s Cristen Drummond reported that Herrera subsequently bypassed a fence nearby a guard tower that has not been staffed since 2020, despite it having been a “legislatively approved post budgeted by the legislature.”

Days after Herrera’s escape, the Southern Desert Correctional Center was placed on full lockdown, with “escape procedures” put into effect around 8 a.m.

Sisloak stated, “this is unacceptable … This kind of security lapse cannot be permitted and those responsible will be held accountable.”

The Las Vegas Metro Police Department has teamed up with the U.S. Marshals to locate Herrera. In a September 28 social media post, the LVMPD warned the public that if seen, this convicted murderer should not be approached, and to call 911 immediately.

u201cWe are actively assisting the U.S. Marshals in locating Nevada Department of Corrections escapee Porfirio Duarte-Herrera. He is a convicted murderer and should not be approached. If you see him, please dial 911 immediately.n#PorfirioDuarteHerrerau201d

Herrera was convicted in 2010 of killing a 24-year-old hot dog stand vendor with a motion-activated bomb at the Luxor hotel-casino on May 7, 2007.

In hopes of killing his co-conspirator’s ex-girlfriend along with her then-boyfriend in a revenge plot, Herrera placed a pipe bomb with a magnetic switch inside a coffee cup and placed the improvised explosive device on the victim’s car. Since traffic had been halted at a distance behind the victim at a red light, shrapnel resultant of the blast did not injure anybody else. The bomb did, however, blow off the victim’s fingers, shred his arm, and launch a piece of metal into his head.

Prosecutor Dave Stanton stated, “It was like shooting into a crowd and missing everyone … It was incredibly lucky no one was injured or killed.”

The victim, Willebaldo Dorantes Antonio, had been dating the ex-girlfriend of Herrera’s co-conspirator, Omar Rueda-Denvers, also an illegal alien. Although Herrera and Denvers sought for both Antonio and Guatemalan illegal Caren Chali to be consumed by the blast, though nearby, Chali was not injured.

Denvers is also serving a life sentence for first degree murder, attempted murder, the possession and manufacture of explosives, and other charges. He reportedly remains in custody at High Desert State Prison.

Herrera’s brother was wanted for questioning in relation to the murder, particularly after authorities found potential bomb-making materials in his trailer, but he returned to Nicaragua.

Prior to the Luxor bombing, Herrera previously crafted and set off a bomb in 2006, destroying a parked pickup truck outside a Home Depot store east of downtown Las Vegas.